Our guide to Phantom Doctrine contains information about the gameplay mechanics as well as the basic tips. You can check how to develop your characters by using available equipment, learn about the gameplay mechanics and gain knowledge on the world of spies. The game takes place in 1983. You lead an organization called The Cabal - its goal is to stop a worldwide plot. Phantom Doctrine is an espionage game developed by CreativeForge from Warsaw, known from Hard West and Ancient Space. The game is available on PC, PS4 and XONE.

The guide for Phantom Doctrine focuses on:

The guide is based on the PC version of the game and it was created on the following PC:

The game ran without any problems.

Is it easy to get 100% completion in Phantom Doctrine?

Completing Phantom Doctrine in 100% is not particularly difficult. In fact, there are few achievements that can be difficult to achieve, namely: Syndicate Engineering, Combined Arms, Sadist, Misplaced Trust, Cold Truce. The first achievement requires you to create a super-agent with all the stats exceeding 140. The second one requires you to use 4 support powers in one turn. To get the Sadist you have to kill 6 enemies in one turn. You will unlock Misplaced Trust after you have witnessed a betrayal of your agent during a tactical mission, which is rather random. Cold Truce assumes that agents of the CIA, the KGB, Mossad, Stasi and the Security Service will participate together in a tactical mission. Except for the aforementioned achievements, achieving 100% completion in this game is pretty easy.

Can I play Phantom Doctrine without having Internet access?

Sort of - the game is released on Steam which means that you can go offline and play the game once you download it. Multiplayer requires Internet access.

The most important controls in Phantom Doctrine

Below you can find the most important key shortcuts in Phantom Doctrine. The full list of the game's controls can be found on Controls page.

How to get more money? 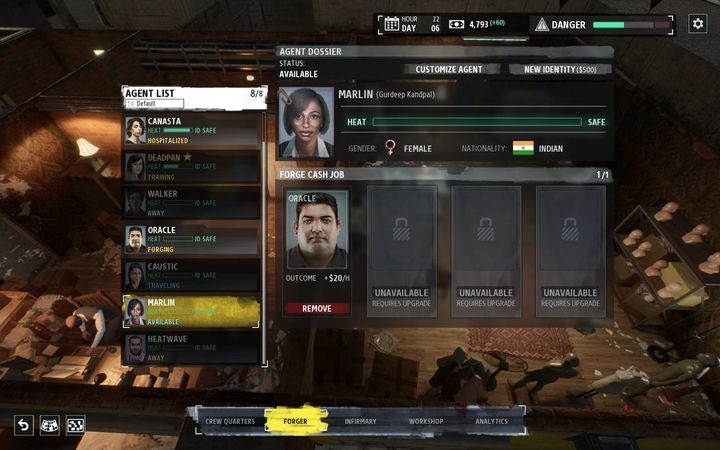 You earn money with each passing hour. However, you can increase your income by printing fake money (in Forger) and by hiring a forger. Initially, you can hire only one forger who earns $20/hour. The maximum number of your agents turned into forgers and income per forger can both be increased in Workshop. Also, the same window allows you to change your agent's identity when they get "heated" (Heat Level).

What do I spend my money on? 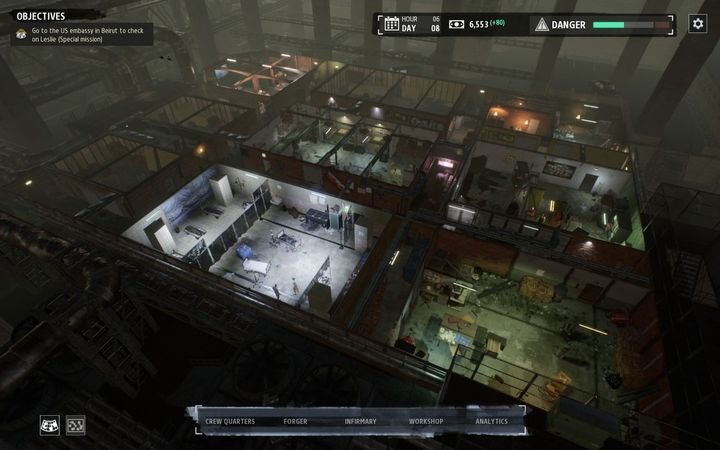 The game has a lot of things that you can buy. The most important thing to do is to save a few thousands of dollars in case you will have to evacuate your base. Money can be spent on equipment for your agents, their trainings, crafting, identity changes and base upgrades. 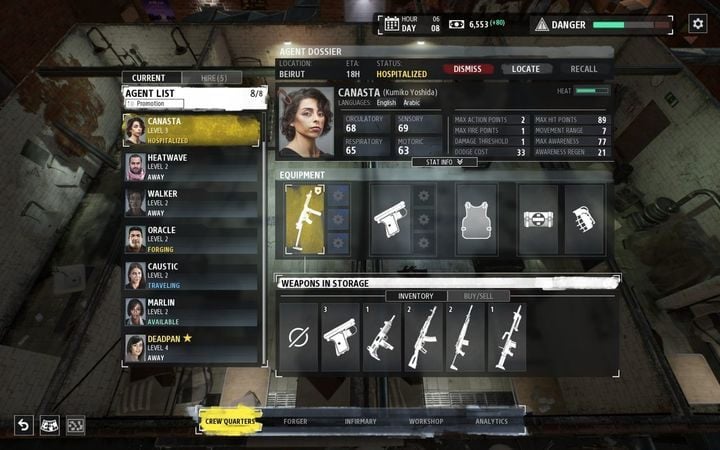 What to look for on the tactical map?

Look for 2 types of items/places when you are on the tactical map. One of them are key information, reports or documents (the first screen). You can spot them even when Fog of War is present on the map. 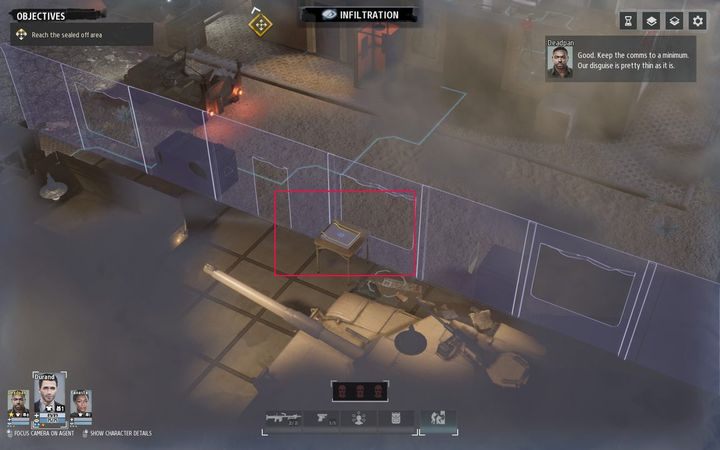 Other places that you should examine are lockers and safes (the second screen). Here, you can find additional items that can upgrade your equipment as well as weapons. By doing that you won't have to buy any weapons in the base - you will get everything from the missions. Also, some of the items can be sold. This can be another source of income. 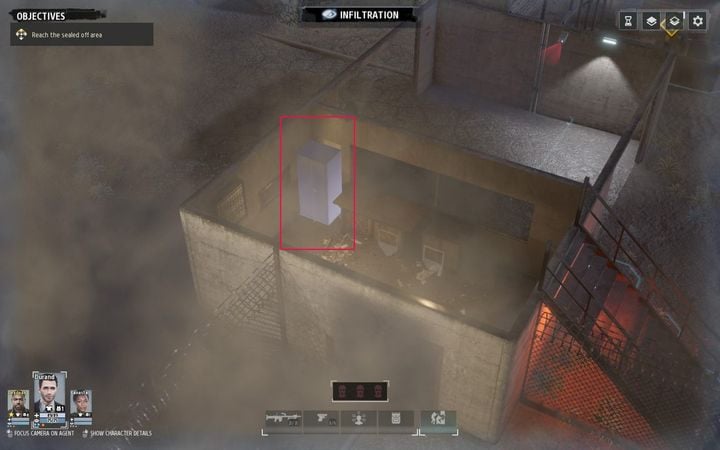 Differences between the factions

When it comes to campaigns, it all comes down to one thing: thwarting the Beholder's plans. Especially the beginning of the campaigns may vary (the initial missions are different). The next chapters boil down to similar actions, the difference being that depending on the campaign you will extract information from someone else (e.g. agent Patriot and Kingfish in the KGB). However, the background of agents (their past and allegiance) is not very important - they can only influence the training they have received in their intelligence cells.

This site is not associated with and/or endorsed by the Good Shepherd Entertainment or CreativeForge Games. All logos and images are copyrighted by their respective owners.