In this chapter of the Pathway game guide you will learn about several suggestions on selecting heroes - depending on their Perks, their development, as well as their usefulness during combat and exploration. 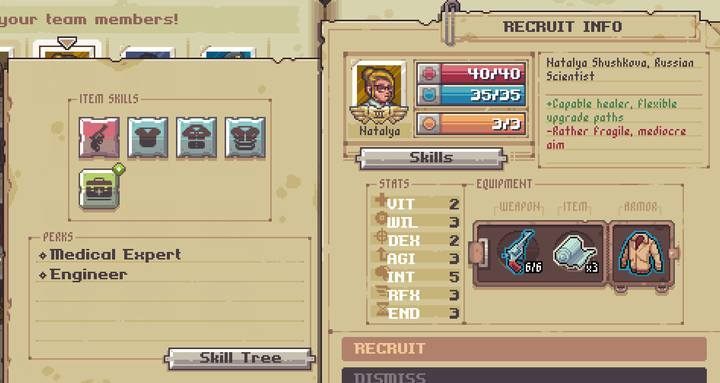 Natalya Shushkova - she is the hero available from the beginning. She can use two types of armors (and after advancing to level 3 all three types), allowing her to use all of the armors you acquire during the journey, which becomes useful when you lack the resources to repair your gear. Damaged armor does not lose its value, allowing her to use the armor of the lowest type and then sell it once it is used up. She also has the ability to heal and two perks useful in exploration (Medical Expert and Engineer). By default she uses a pistol, but after selecting an ability after reaching level 3 she can use energy weapons as well. 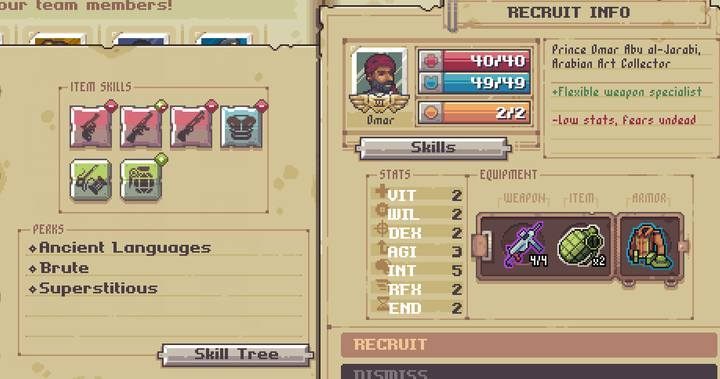 Prince Omar Abu al.-Jarabi - do not get discouraged by his skills, accompanied by small "-" characters next to them. He receives small penalties to equipment, but is especially proficient with using assault rifles. Once he reaches level 4, he will also be able to use grenades. He is quite a multi-task hero and easy to use. He also has access to two perks that allow you to acquire useful treasures, provided that you stumble upon events that requires any of them (Brute, Ancient Languages).

Brunhilda - this hero will be unlocked once you cause bleeding in five enemies, which is rather quick. It is worth to unlock her fairly early, as she has a legendary knife at her disposal. She is also a brilliant tank - she has a huge health pool and uses heavy armor and after acquiring a specific upgrade she will be able to use a shotgun.