In Pathway you will encounter two "factions" of enemies - Nazis and, in the following missions of the storyline, Undead. Both of those groups behave differently in combat.

The strategy against the Nazis: while going to the offensive, you need to use all of the structures and focus on hiding from the enemy behind walls in order to ambush them. Make use of the lack of attention of the enemies and approach them in pairs (one of the heroes discovers further area of the map while the other will be able to prevent the offensive of the enemy). While using many heroes against numerous enemies, try to scatter them around. Do not stay in one place - if you do, the enemies will be able to surround you and you will not be able to run, regroup and last long without sustaining injuries.

In the case of undead enemies, the approach is entirely different. Here it is better to group up and repel the enemy attacks. Check the distance of the enemies (press TAB on the enemy) and, in case of danger - when you cannot eliminate the enemy and it will reach you - you should just move away. Using covers is not required - a small exception to those rules are encounters with Infected - they can attack from a short distance and explode upon death. Do not fight the zombies in melee (they counterattack immediately; use melee combat only to finish off zombies, to preserve ammo), use covers to protect your units from enemy fire and prioritize those enemies. Always use opportunities when an Infected stands near his ally - when exploding, he will deal damage to another enemy at the same time. 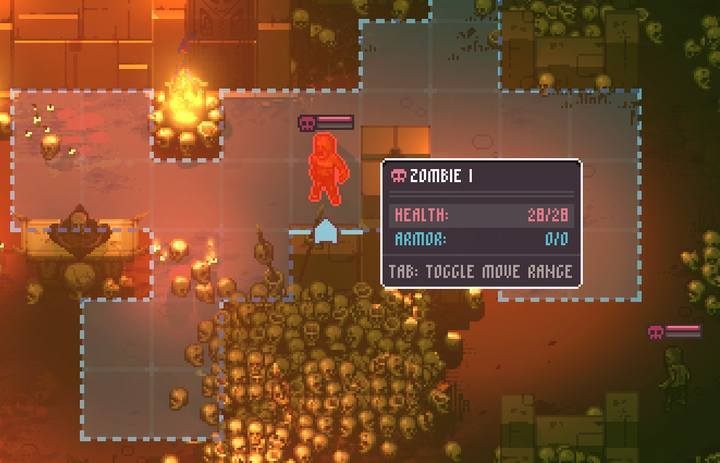 Check the reach of zombies - this will allow you to move around the map without sustaining any injuries. 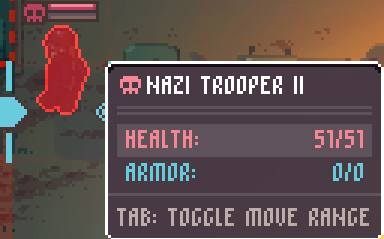 The Nazi Trooper is the basic Nazi unit. He is characterized by very high mobility and long range of fire with the rifle. Nazi Trooper of first level does not have much health points, on the second one will be more durable and it will be difficult to take him out with a single shot / hit. Fortunately, those enemies lack any armor.

The Nazi Shock Trooper is a short-ranged unit. It is armored and uses a shotgun - this weapon has a short reach and weak armor penetration. When your units are hidden behind cover, this weapon has a rather low chance of hitting them. 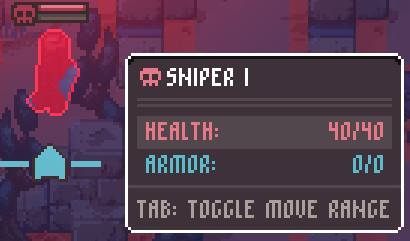 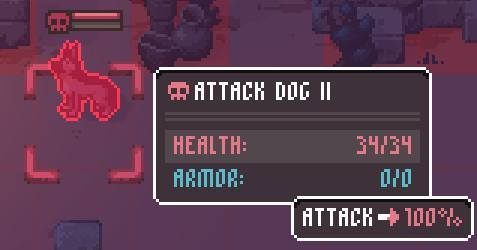 The Nazi Attack Dog is a unit that you will stumble upon from the beginning of the game. You should eliminate those enemies immediately, as they have long reach and in most cases will be able to reach your units. Those enemies attack by biting, but they never cause a bleeding effect (damage over time). 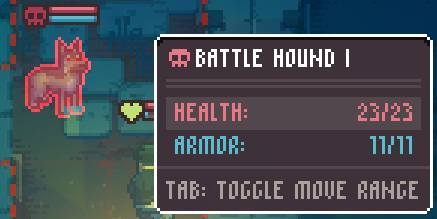 The Battle Hound is the upgraded version of the attack dog. Those enemies will be encountered during the fourth mission (on the normal difficulty level). They are characterized by additional armor and their attacks cause bleeding.

The Nazi Medic has large health pool and is armored. This unit is capable of healing up to 25 points of health (later on in the game Medic II can heal even more) - he can heal both himself and his allies. When the Medic is the last enemy standing, he will in most cases run away and heal himself instead of fighting back. It has the same mobility and attack range as the Nazi Trooper.

The Nazi Officer has the ability to bestow (to himself or an ally) an additional move, including additional attack. You should always take those enemies out first. This enemy rarely engages you on his own, he tends to stick in the back of the battleground. A good idea is to send one solder to take him out. The Officer is not very durable and is equipped with a pistol only - it is worth to chase him with a soldier equipped with an assault rifle or a sniper rifle. 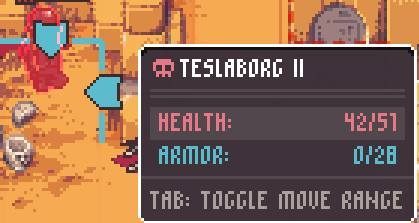 The upgraded version of the Nazi Trooper (those will still appear sometimes) that will start to appear from the fourth mission of the campaign (on the standard difficulty level). Their weapons fire energy bullets capable of dealing huge damage, increased especially against armor (up to 50 points of damage with a single attack). They are characterized by high mobility and durability (durable armor and high health pool). Those are units that you want to both avoid contact with and take out as quickly as possible. You should focus fire on such foes, as a single Teslaborg will deal more damage than two regular Nazi Troopers. 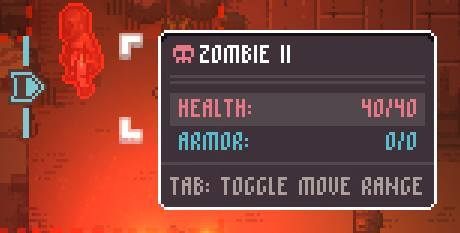 The Zombie is the basic unit of the undead. Slow, quite durable but without any armor. The main characteristic of the enemy is the fact that if you attack while standing near him, he will counterattack (even if this is an attack from a ranged weapon - as long as your unit is standing right next to the zombie). They can regenerate health by eating other undead (this uses their action). Do not let those enemies to reach the corpses of previously killed undead. 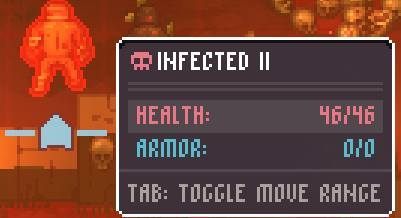 The Infected are extremely dangerous. They are durable and have high mobility. They can fire projectiles from a short distance and explode upon death - which is why you should never finish them off with a melee attack. Due to their mobility, they should be taken out immediately. You should also make use of their self-destruct ability to deal damage to enemies adjacent to them. 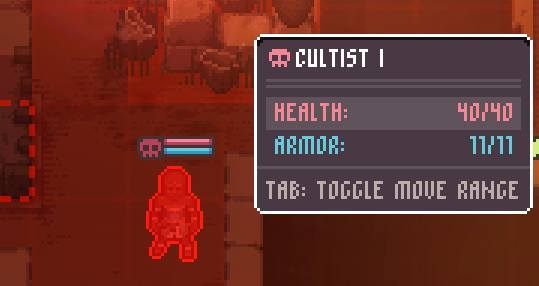 Cultists appear in large numbers starting from the third mission. They have armor and attack with grenades - they deal area of effect damage and ignore covers. The explosion damages units in a radius of 1 field around the ground zero. You should eliminate them quickly. Those enemies tend to run away and keep a safe distance from the battlefield. 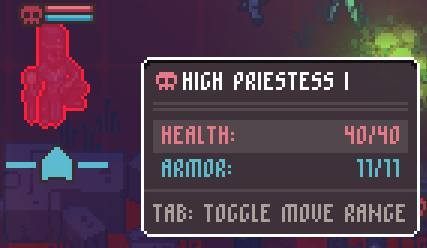 The High Priestess is another enemy that will start to appear from the third mission. The enemy appears with zombies and can resurrect them. You should focus your attacks on that enemy. Attacks of the High Priestess ignore armor. 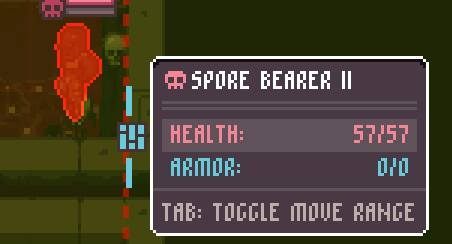 Those peculiar units - Spore Bearers - can in most cases be ignored. They have the highest amount of HP among other units, but they pose zero threat to your units. Their main attack immobilizes your units, but most of your units will have a high resistance against that attack. Some of them can sometimes perform a damaging attack, but this happens rarely. What is more, those enemies do not move and more importantly killing them (in 90% cases) is not required to finish the encounter. Ignore them, kill the remaining enemies and Spore Bearers will crumble on their own.