No, Pathway doesn't offer the ability to sneak and perform stealth attacks. However, you can surprise your enemies, at least partially. If you attack an enemy, e.g. during an event, who isn't expecting you to do that and you place your units outside the enemy range, those opponents won't attack you. This method allows you to place your characters in better spots and to come up with a good strategy. 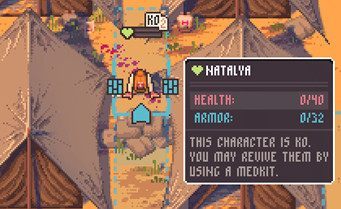 Use covers with a wall icon - they are the only covers that can keep you away from enemy sight. However, your enemy can see you moving towards a cover - this unit will be aware of your presence.

If you want to remain undetected, move from one wall to another. You won't see the enemy but neither will they. If you run past an enemy unit and hide, that opponent will be aware of your current location.

There are two names related to avoiding detection that can be misleading: