In Pathway, when your character loses all their health points during a fight, they become knocked out. These characters are unable to continue fighting in the current battle. The only way to help that person is to use a medkit - it will revive and restore a portion of their health. A character who got knocked out has "KO" written above their head. Besides that, you can notice a small number next to that text. This number determines how many turns you have before that character "dies" and gets excluded from the expedition. This number depends on the Endurance (END) stat. If you won a battle but you didn't use a medkit to heal a character that got knocked out, you will keep losing 1 point every time you move on the world map. 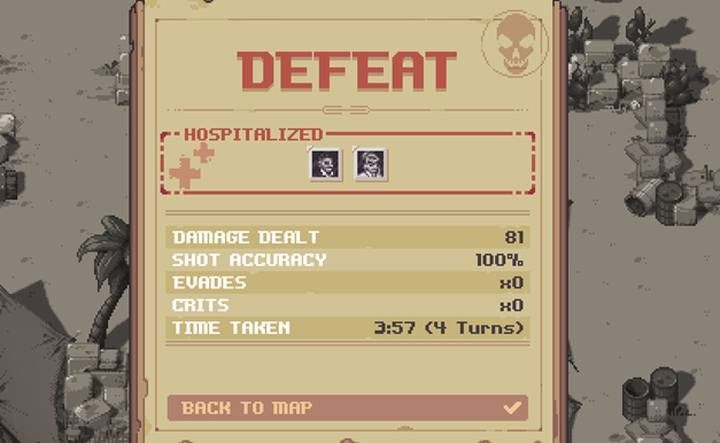 If you lose a fight, your characters will get hospitalized. Heroes with this status can't participate in the next expedition. 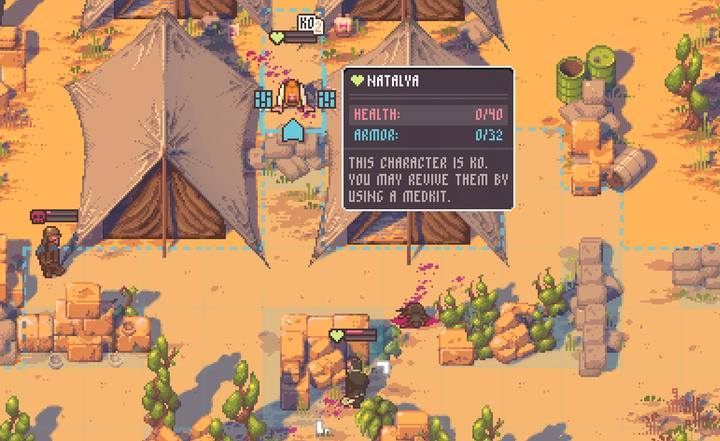 You can heal characters who were knocked out by opening the jeep's screen (provided that this person didn't lose all points next to the "KO" status).

A dead character can be replaced with a dog - you can encounter this animal randomly while moving on the world map. This dog can't use weapons or wear armor. When it dies, the expedition is over.