Our guide to Pathway contains all the information about this game. You will find tips on exploration, learn about the choices mechanic, tactical combat, or about the characters and their parameters. We have also included answers to frequently asked questions regarding characters' death, healing, managing fuel, and trade. The guide also contains the list of trophies/achievements available in the game. In Pathway, these trophies/achievements reward players with items that can unlock new playable characters.

Pathway is an indie RPG game based on classic tactical RPGs. The player can go through several story scenarios that can be played multiple times and completed in various ways. This has been achieved by having numerous playable characters and a procedurally generated map. Each scenario has a few choices to make. Their consequences depend on your decisions, stats of the characters in your party, and random factors. The playable heroes fight with various firearms and knives.

Every adventure is unique! 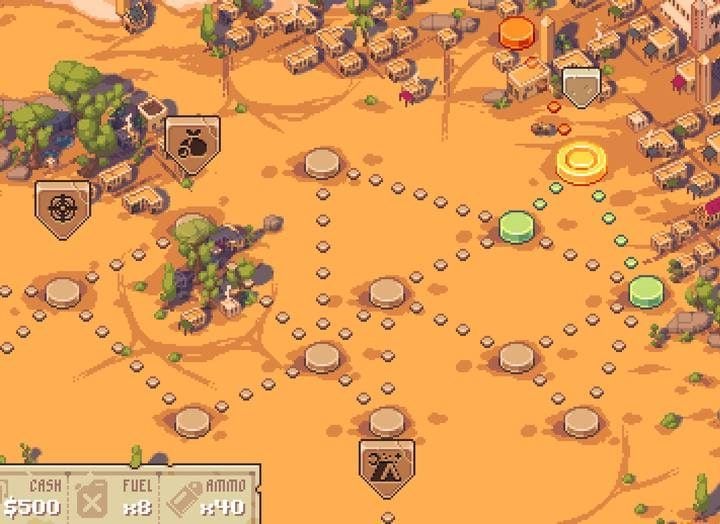 The map's layout is always different, and each of the points offer players random events.

There are five story missions. However, they aren't easy to complete; each map is procedurally generated. This means that the paths and random events are always different. The events also depend on which characters you have in your party. The only parts of the map that never change are the starting point and the distance from the goal.

Is Pathway a difficult game?

Is Pathway a difficult game? - technically, yes, Pathway can be quite challenging for people who aren't accustomed to this genre. The main causes of the difficulty of this game are the limited number of medkits as well as the small amount of health and armor of your characters; the key to winning is to avoid as much damage as possible. Given the random nature of the map, there may also be problems with supplies or unexpected fights - you should be prepared for anything. If you like a challenge, the game offers the option to increase the difficulty level for each mission, reducing the starting supplies, and the ability to customize the attack power and endurance of your opponents.

Pathway doesn't have the option to craft items. This can be confusing since one of the achievements in the game is called Tinker, and the game has items that seem useful in crafting. All items that aren't weapons, ammo, armor, fuel or medkits/repair kits are moved to Valuables. Their only purpose is to be sold - they provide you with gold you can spend on new items useful in your future adventures.

How much do I need to complete Pathway?

Due to its procedurally generated content, Pathway can take a lot of time to complete, even for experienced players. One of the main reasons is how much exploration you do and how much time you spend on fights. Don't let the first journey confuse you: the first mission is rather short since you are moving on a single map. The next missions will take place on several maps. To complete the game, you will need about 10-20 hours. 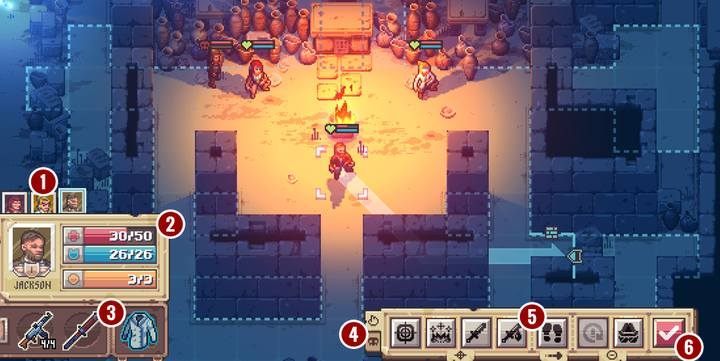 The combat interface in Pathway is rather simple:

In Pathway, the majority of the controls is done with a mouse. However, some key shortcuts will make the game more enjoyable; there are also some functions that can't be done with the mouse (e.g. Tab key).

Pathway runs on almost every PC. However, there are a few requirements that disqualify older PCs, e.g. the requirement of having a 64-bit CPU and OS, a graphics card that supports OpenGL 3.3. Even though the game is said to require 8 GB RAM, 4 GB will be enough. The game takes up about 2 GB disk space.

About Pathway Guide and Tips