Before you start your adventure with Overwatch, you should take a moment to become familiar with characters which are recommended for your first time. These heroes are easy to handle and guaranteed fun to play! What's more, most of them have a self-healing ability, which helps a lot if you cannot find a first aid kit or an ally with such a skill. 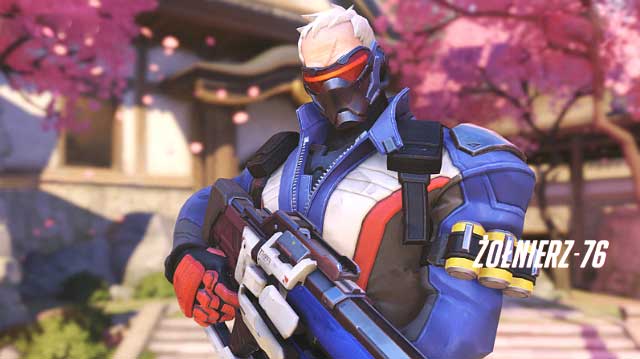 Soldier: 76 is a hero literally born to fight! Thanks to his Sprint ability he is able to quickly move around the battlefield, which allows him to assist allies who have separated from the rest of the team and happen to need support. What's more, using his automatic, rapid-fire rifle he can inflict some serious damage, and the Helix Rockets can hit several targets simulatneously. Rockets don't have to be aimed accurately, a hit in the enemy's vicinity is usually enough, which makes this weapon very easy to use. Biotic Field provides additional healing and, interestingly, after activating this skill you can stand near it to recover health and still attack! Remember that Biotic Field can also heal your allies. The ultimate ability of this hero is the Tactical Visor, which enables Soldier: 76 to automatically lock-on to an enemy. 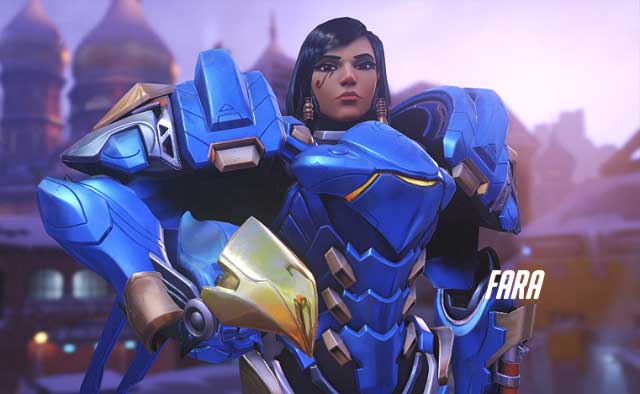 Pharah is another offense-focused character. In combat she uses the Falcon Rocket Launcher. Pharah is able to jump high in the air and with the help of her passive ability Hover Jets she is able to maintain altitude (until the jets run out of fuel) and attack from above! Such an air strike can often surprise the opponent, who in most cases isn't expecting a rocket to come down on his or her head. Once again, rockets have that nice thing going for them that you don't have to be a sharpshooter to break something, leaving you with bigger room for maneuver. Pharah's abilities include also Concussive Blast, which can be used to knock back the opponent, gaining some tactical advantage or saving an ally. Her ultimate ability is Barrage, it enables Pharah to shoot a volley of mini-rockets at her enemies. 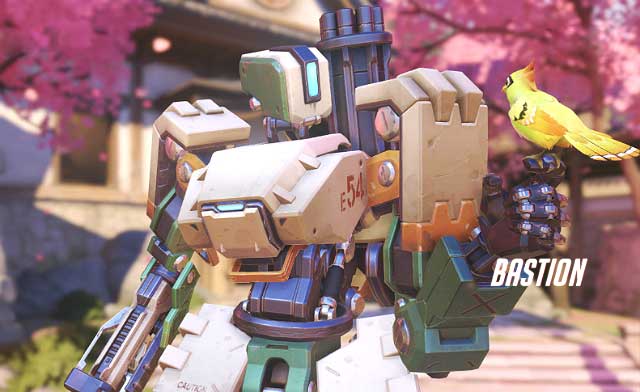 Bastion is a combat robot that, when in Configuration: Sentry, is able to hold a strategic position and repel enemy attacks all on his own! Configuration: Sentry is also suitable for capturing - just pick a well-protected place, preferably near a wall to cover your back and fire away. This would be a good time to mentioning that as a Sentry Bastion cannot move and has a limited angle of attack so you have to constantly watch out for your back; the upside is you gain an extra shield through which the opponents must get through before they can do any damage. If things get hot and you lose some health, you can always take advantage of the Self-Repair skill, and quickly return to the battlefield in full strength. When using his ultimate ability, called Configuration: Tank, Bastion fires long-range missiles that cover a wide are, enabling you to inflict massive area damage, especially in narrow passages or in confined spaces like rooms. 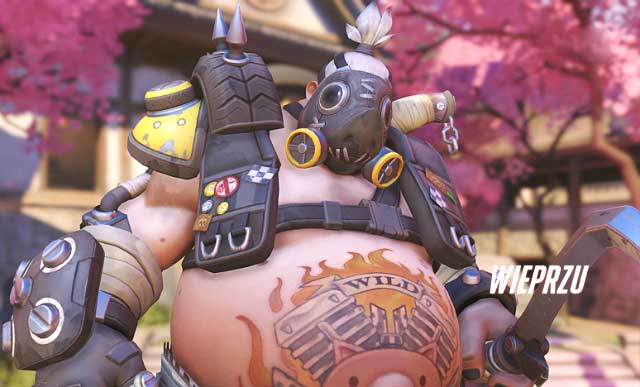 Roadhog is a representative of Tanks, which makes him extremely durable to begin with. Furthermore, he is able to heal himself using Take A Breather, which further increases his survival rate. The most important skill of this hero, very useful to the whole team when eliminating key targets, is Chain Hook. If you manage to hit an opponent with this skill, he will be caught and automatically yanked close to your character, becoming an easy target for EIA (Everybody In the Area). Remember that Roadhog fights with a shotgun, weapon which has a huge spread, so make it up close and personal to capitalize on its devastating damage. For longer distances, use the alternative firing mode (RMB), but don't expect it to seriously hurt anybody. The ultimate ability of this character is the Whole Hog. You shoot a series of bullets, like a machine gun except that it looks more like shooting from a meat grinder and the recoil is so strong that you can kiss accuracy goodbye. A big plus of this ability is that you knock back the enemies you manage to hit. 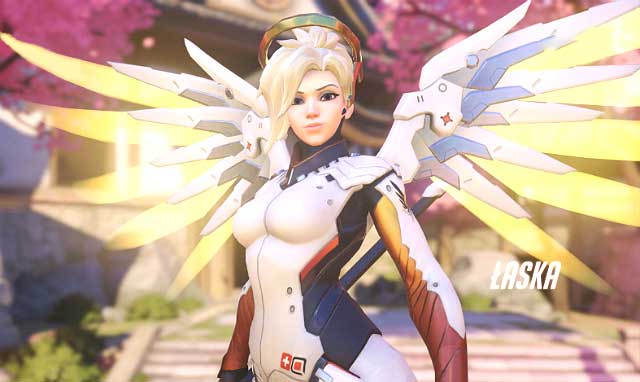 Mercy is a representative of the Supports without which any team can have a hard time during a match. Her task is to keep her allies alive or to support them during the offensive, that's why her weapon, the Caduceus Staff, has two firing modes: when holding the LMB it will heal the character your aiming at, and when using the RMB it will boost their damage. If you want to take a more active part in the attack, you can always switch to Caduceus Blaster, which is better than nothing but that's pretty much it. Mercy can also fly up to an ally that needs help or slow her fall from bigger heights. Her ultimate ability is Resurrect, which allows her to bring back to life dead team members where they died. Extremely helpful when assaulting or defending a strategic point.