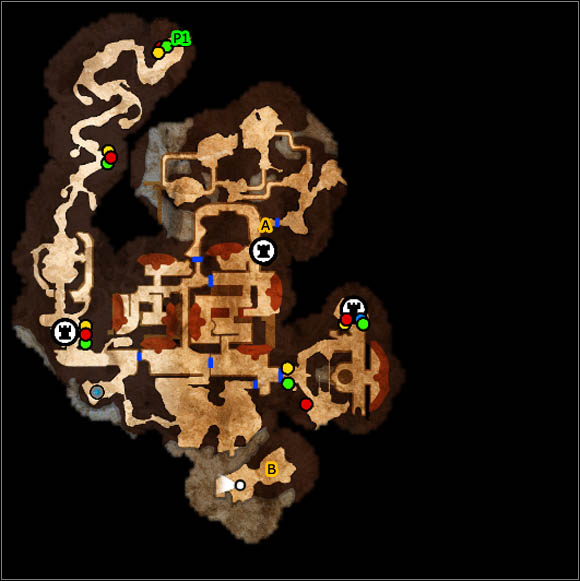 Before you start this task I advise you to unblock all kinds of the Minions - you'll be able to get to each part of the map only then. If you have that possibility the task is much easier than before. In Everlight's case it's important to accomplish the side quest associated with this village (side quest: Everlight Rebellion). Once you've accomplished it, you'll get the access to all of the nooks of the town. 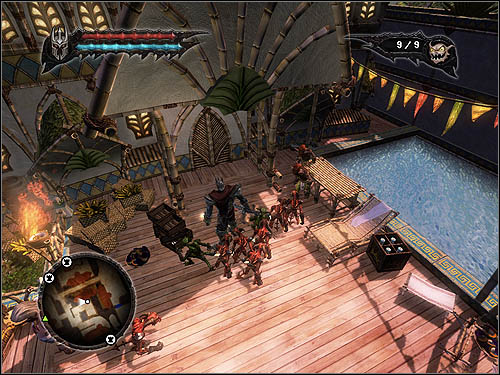 If you want to destroy the village, you have to kill 100 villagers. At first, kill those wandering around the streets, then eliminate people in the huts. You need only one blow of an axe to open the door of the hut. Then the occupants run out of the hut. Kill them and command your Minions to get inside, ransack the house and destroy it.

There are some houses which you cannot enter. They are marked on the map in dark red colour. The destructive attitude brings immediate but limited benefits like: gold, weapon and Lifeforce.

Don't kill people, just take control over their minds. At first do it with the people who wander around and then those in the huts. Destroy the doors of the huts to get people out of the houses. Don't destroy the houses.

There are some houses which you cannot enter. They are marked on the map in dark red colour. The dominant attitude brings constant benefits like gold, weapon and Lifeforce. You have to take control over people's minds at first so that you will be able to enjoy fully.