Our guide Outward, a game developed by Nine Dots studio, will help you discover the game's secrets. Even though this game was in development for a few years, it still has the attention of a rather larger group of people. Our guide contains useful tips, information and advice that will help you learn the rules of this world. We have also included a FAQ chapter where you can find answers to various questions regarding the game. We will describe in detail all the important mechanics, such as combat, character development system, and factions.

Outward focuses a lot on survival elements. Your character must eat, take care of their health and wear the right clothes for current weather. Our guide includes numerous tips and advice that will help you survive in this dangerous world. Be sure to check the page dedicated to the game's controls. Please note: our guide to Outward does not contain a complete walkthrough of the game. We focused only on the first quests to help you enter the difficult and harsh world of the game.

Outward isn't demanding hardware-wise. Check the page dedicated to the game's system requirements to see what PC you need to be able to run the game and to learn a few tips on how to increase fps in the game. Stable frame rate will make the game more enjoyable. It will also increase your chance of surviving.

Outward in a nutshell

The game is set in a typical fantasy world called Aurai - a world full of magic and bloodthirsty monsters. You aren't a gods' chosen, created to slay monsters. You start your adventure by making simple quests. However, over time, you will gain a reputation and become more powerful.

There are four factions in the game. You can join any of them. Depending on your choices, you will have different adventures, a main storyline or unique options to develop your character.

You need to take care of your character. The game has a lot of various survival mechanics making it more challenging.

Aurai is an open world. It consists of 10 regions - Berg, Cierzo, Haboob, Harmattan, Karaburan, Levant, Monsoon, Orochi, Strocco, and Tramontane. The game doesn't scale levels of the enemies to yours. This means that you can go to any of these regions. However, remember that you won't be safe everywhere.

Outward features dynamic weather system with different seasons, and NPCs that have their own lives. Some quests can expire - NPCs won't wait until you collect all requested items.

When does the game end?

The developers want players to experience the entire life of their adventurer - from the beginning to retirement. However, this doesn't mean that the game will end. Nine Dots studio has prepared an option where all your skills and equipment can be transferred to your descendant. Thanks to that, you will be able to continue your adventure as a new character.

Outward doesn't have the option to save the game manually. The game saves automatically after important moments or decisions. This means that you will have to live with your decisions - you can't check what would have happened if you would choose a different option.

In Outward, you don't die after losing all health points. Your character gets knocked down and moved to another place. You can end in a camp belonging to a stranger who treats your wounds and takes care of your inventory. You can also find yourself in a dungeon - ill and without any equipment. Here, the only solution is to find your gear, collect it, and escape from enemies.

Survival elements play an important role in the game. Your character must eat, drink, and protect yourself from weather conditions.

In Outward, your character can get ill after eating spoiled food or getting cold. If that happens, you will receive a temporary negative bonus to your stats.

How does the cooperation work?

Outward allows players to cooperate. You can do that over the Internet or on a split screen. The latter gives you the option to know what is happening with your companion at all times.

2. After joining your party, your companion can explore the world with you, collect loot and develop their skills. However, they aren't able to complete story quests.

3. The game's difficulty level automatically increases when you are cooperating with another player.

4. You can revive a fallen companion.

5. The person traveling with you can serve as another backpack. If you trust them, you can ask them to carry some of your equipment. Thanks to that, you will be able to gather more resources.

1. Look for NPCs that can train you in various skills - this will increase your character's level.

2. In the beginning, you should focus on upgrading your equipment. Making a backpack is the most important thing to do - this piece of equipment will allow you to carry more items.

3. The backpack slows down your movement - remove it every time before you start a fight.

4. Be careful when you are facing enemies. Block a lot and make use of dodges. Enemies can deal massive damage, and healing is very slow.

5. Shooting enemies with a bow is very useful - do that before an enemy gets closer to you.

Game developers ensure that the plot of the game should take about 40/60 hours. However, exploring the world, acquiring raw materials, completing side missions and other activities can take up to hundreds of hours.

Will I get to know the whole game with one approach?

No, to learn the whole story, you need to create several characters. Once you have joined one faction, you cannot join another with the same character.

No. The creators of Outward do not support fans' modifications.

Do I have to perform story tasks or objectives?

No. Outward has an open world. So you can freely explore the lands, collect resources, money, exchange weapons and fight monsters.. 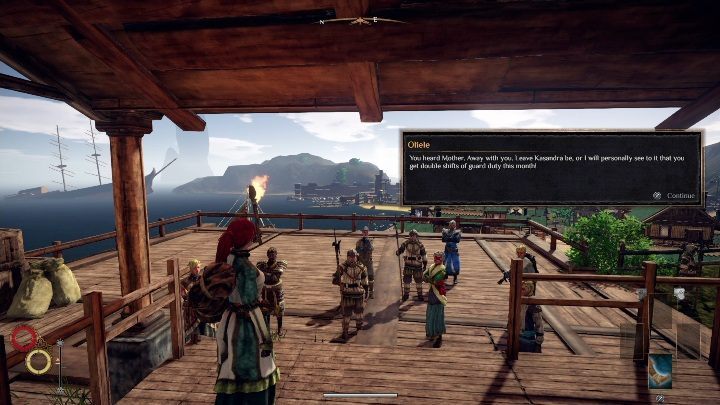 However, if you do not complete story missions, you will miss out a lot of content.

Can I swim in Outward? 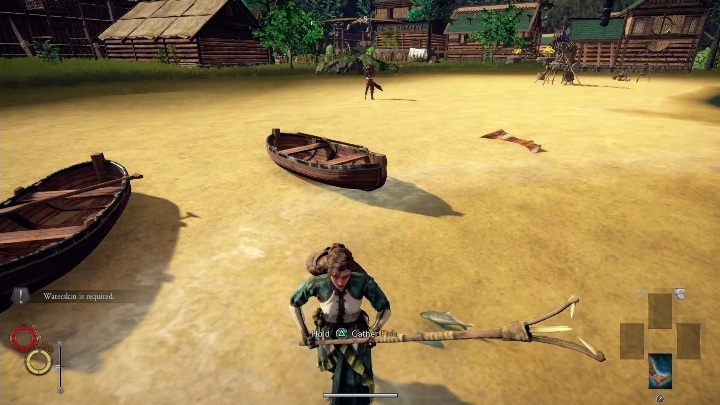 Your character can't swim. It is impossible to drown either. The game will simply block you from entering the water. 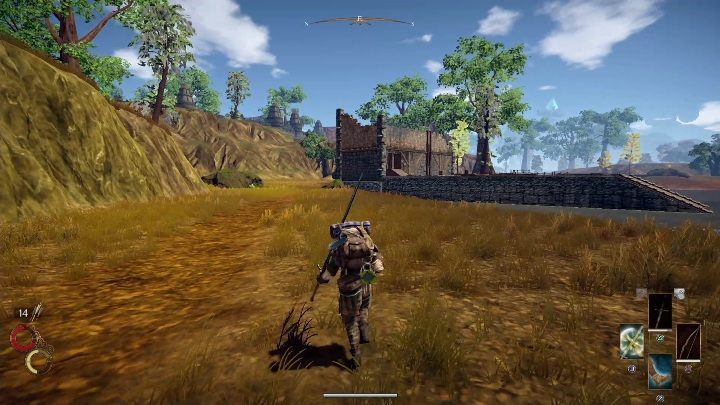 This mechanics means that you often have to look for bridges to get to the other side of the land.

Can my character make acquaintances?

The hero can argue with other characters or make friends with them. Everything depends on the choices of the player. If, for example, you force someone to give money back to you, it will automatically cool down your relationship.

However, you cannot have any romances in the game. 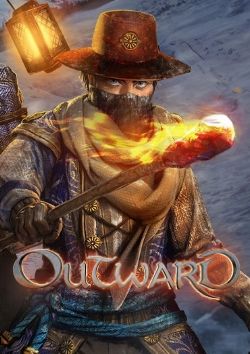 A sandbox RPG set in a fantasy world. In Outward the player can join one of four factions that compete with each other. Each faction offers a unique storyline and unique character development paths.

Outward is an open-world RPG released on PC. It was developed by Nine Dots, the creators of the space shooter GoD Factory.

The game takes place in a rather classic fantasy realm known as Aurai. Aurai is filled with magic and bloodthirsty monsters. This world is controlled by four main factions and the player must join one of them. Each faction offers different adventures, separate story plot and unique character development paths. The biggest group is called the Blue Chamber Collective and it consists of numerous smaller clans connected only by their bond to their families. A light structure of the faction caused its influence to be taken over by the Heroic Kingdom of Levant that promises justice and low taxes. The third faction is the Holy Mission of Elatt that focuses on religion and the final group is the Soroboreans, among which the player can find men of science and trade.

The open structure of the world of Outward for PC and the lack of level scaling of opponents enables the player to go wherever he wants. However, nothing guarantees safety during such journeys. The developers created a dynamical realm with changing seasons, NPCs who have their own life and with many quests awaiting the player. The game intends to simulate the whole career of an adventure seeker  from the humble beginning to the retirement. The latter doesnt end the game  it is possible to pass skills and most valuable equipment to a successor and continue the game.

The game doesnt offer option to manually save the game  the engine is doing it automatically. Because of that, each decision is final and the player cannot load the game if he decides to change an important choice. A failure in battle doesnt mean the players character dies  he is only stunned. Then he wakes up with no equipment or as a slave. In addition to that, it isnt possible to replay an adventure  if the player fails to complete a quest, his failure will impact the situation in the game world.

The combat system is action-based. Each weapon type offers different attacks. Winning requires a lot of effort and planning. The player can use magic, but each powerful spell requires specific ingredients and a series of rituals. The title also features survival traits like the necessity to gather food and water, to use crafting system and to protect the protagonist from harsh weather conditions.

The PC version of the game also offers an unusual cooperation mode. It offers not only local split-screen, but online split-screen as well  a function that is available in games very rarely.

Outward Guide is also available in our Mobile App This site is not associated with and/or endorsed by the Deep Silver / Koch Media or Nine Dots Studios. All logos and images are copyrighted by their respective owners.