On this page of the Outriders game guide you will find a premade build for the Devastator class. We suggest which subclass to choose, which traits to select in the class tree, which skills to use, which items to look for and which mods to prioritize.

The Devastator in Outriders can be developed in many ways, but we suggest the Seismic Shifter subclass path. This development path turns the Devastator into an extremely durable character who can deal tremendous damage with their abilities. 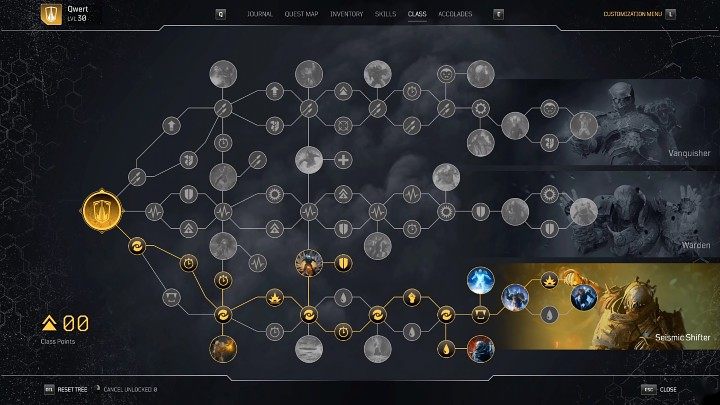 The Devastator, like every class available in Outriders, has access to three unique subclasses that present completely different styles of gameplay. In this build we propose the Seismic Shifter development path, which specialises in dealing significant skill damage and inflicting the Bleed status effect on opponents. 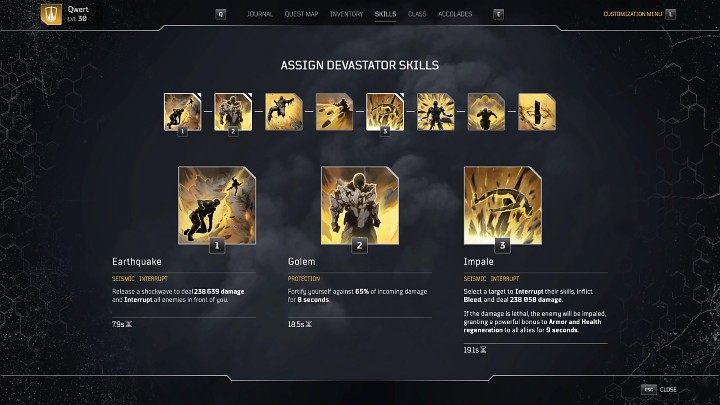 The Devastator has 8 unique skills that can be unlocked at specific character levels. The set of skills we suggest synergises with the Seismic Shifter subclass tree and allows you to deal substantial damage with your skills while providing your character with very high survivability.

Suggested skills for a Devastator with the Seismic Shifter subclass:

The main weapon to be used with the premade Devastator build is the Assault Weapon. This type of weapon has a good supply of rounds in the magazine, a solid rate of fire, very high single bullet damage and good critical damage.

While choosing equipment for this Devastator build, consider selecting the Legendary Seismic Commander set, which makes enemies affected by Bleed receive up to 50% more damage.

In Outriders, you can choose from a large variety of mods that will further adapt the characters to the right style of gameplay. In our premade build, we focused mainly on offensive mods that increase the amount of basic skill charges and their damage.