This page of the Outriders guide contains the walkthrough of the second and final boss fight with Yagak. You will find out when the second confrontation with Yagak occurs, what attacks you may expect of him and how to avoid them as well as how to defeat him effectively and quickly.

The second fight with Yagak takes place when you reach the Caravel, the final location of the game. This is the final battle, after which you will complete the main storyline of Outriders and you'll be able to start the end-game activities - Expeditions.

In this battle, Yagak is even more dangerous than previously and uses completely different abilities and weapons. The two arenas where the final battle takes place have been heavily restricted, so it's good to know what boss abilities to watch out for and how to defend yourself against them. 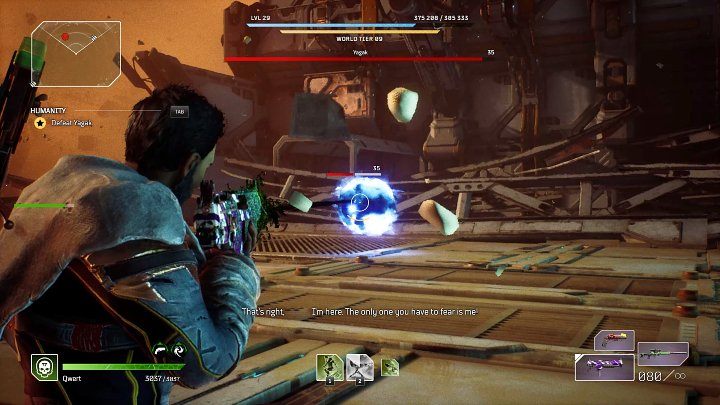 The first unique ability of this enemy is Anomaly Rifts. Yagak summons two orbs that will periodically release Anomaly charges - they don't have much health and can be easily shot down. More orbs in the arena can severely complicate the fight, so it's better to deal with them as soon as they appear. 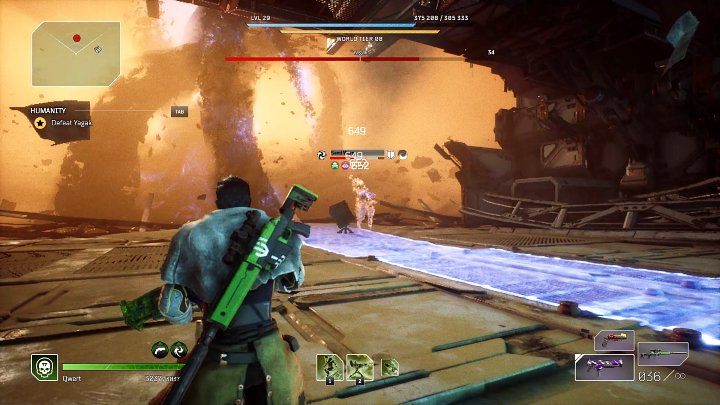 Yagak's second special ability is Sand Wyrm. The boss marks a straight long area on the map and then charges the Anomaly power to drop a huge crystal right on your head. The skill has a long delay and it covers a narrow area of the map, so it can be easily avoided by taking a step aside or jumping away. 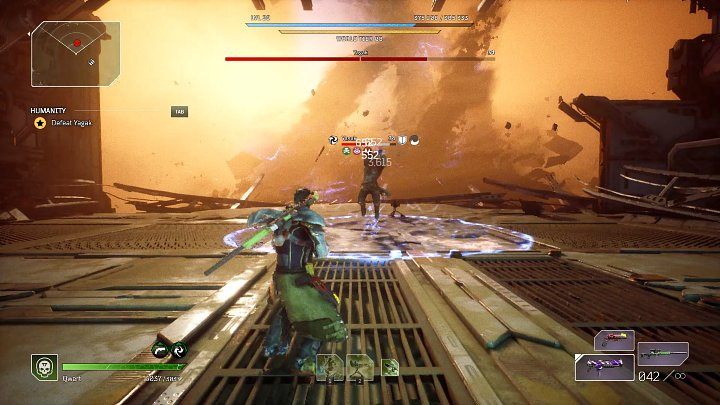 Another of Yagak's unique abilities is Ground Blast. The enemy approaches the target and then releases a quick Anomaly discharge that deals damage to a certain area around the boss. The skill has a short delay, so you must react as quickly as possible to safely jump away from the area of threat. 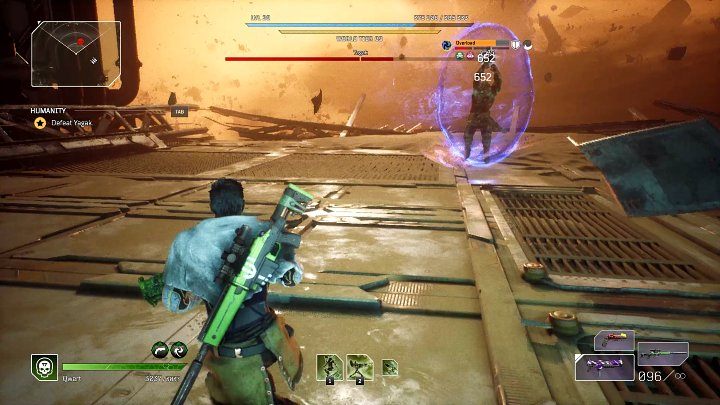 The next special ability of this enemy is Overload. Yagak surrounds himself with a blue shield and charges up the power, only to release a concentrated beam of Anomaly a moment later towards you. The beam flies in a straight line, so be prepared to do a sideways dodge. 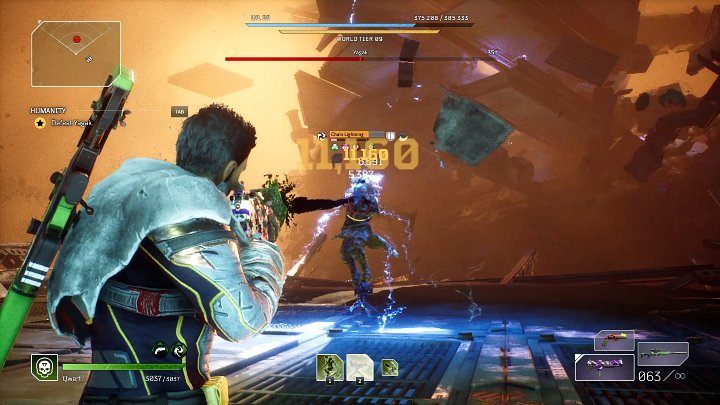 Chain Lightning is another unique power of Yagak's Anomaly and it's definitely the most dangerous one since it cannot be avoided. The Boss charges up the power to release a beam of lightning that deals a lot of damage to the target.

When you notice that your enemy wants to use this ability (fortunately, he doesn't do it very often), use an ability that will immediately interrupt his action. 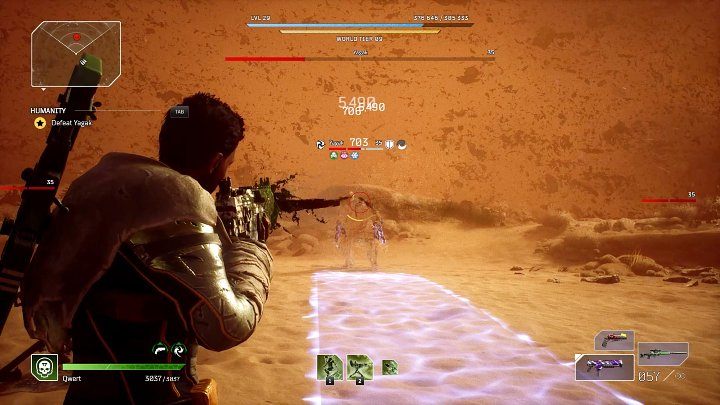 During the second stage of the fight, Yagak will grab the chain hooks and gain access to the Hook Chains skill. The enemy uses a blue stripe to mark the direction in which he will soon release one of his hooks - when it hits you, he will pull you towards himself.

Before you dodge, wait until the enemy stops tracking your movement and the narrow blue area in the arena stops in one place - this is a sign that Yagak is about to release his chain. 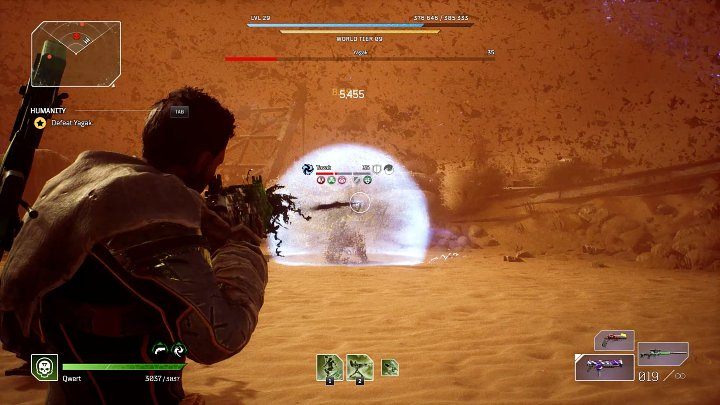 Another of Yagak's special abilities in the second stage is the protective barrier - the boss shields himself with a blue barrier that deflects incoming projectiles towards the target. As soon as Yagak uses this ability, stop attacking to avoid taking extra damage.

Be careful if you're using rounds that apply additional Toxicity or Bleeding statuses on the target, so as not to burden your hero with any negative effects.

Yagak is an extremely formidable enemy who will do anything to defeat the Outrider and take over Enoch. The final boss fight of the Outriders game is divided into two stages.

In the first stage, Yagak does not have any weapons, so he cannot hurt you in direct combat and will use skills exclusively. 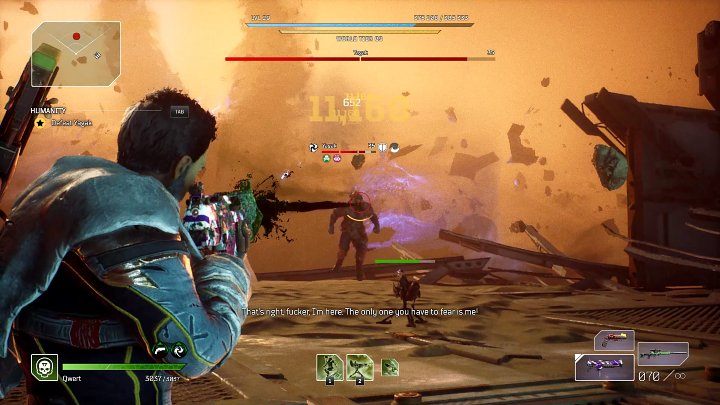 When shooting, aim for the head and focus on inflicting as much damage as possible in the shortest amount of time - you can stay at close range, but watch out for area-of-effect abilities, especially Ground Blast, as it is one of the faster abilities of this enemy. 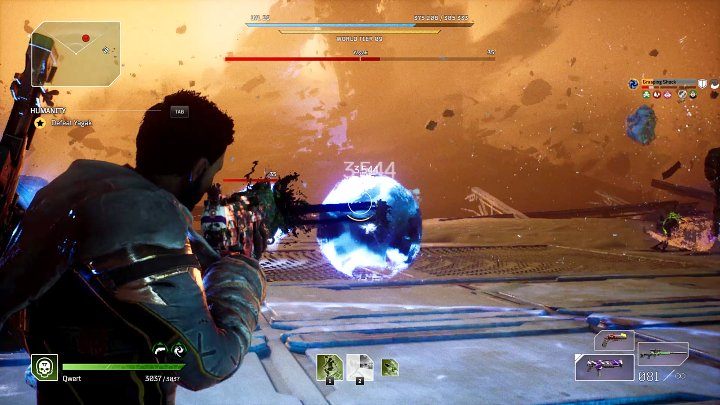 If Yagak summons Anomaly Rifts, focus on destroying the Anomaly orbs so they don't interrupt the course of the fight. The orbs have little health, so a few accurate shots should be enough. Once you have deprived the boss of his first health bar, you will move on to the second stage of the fight. 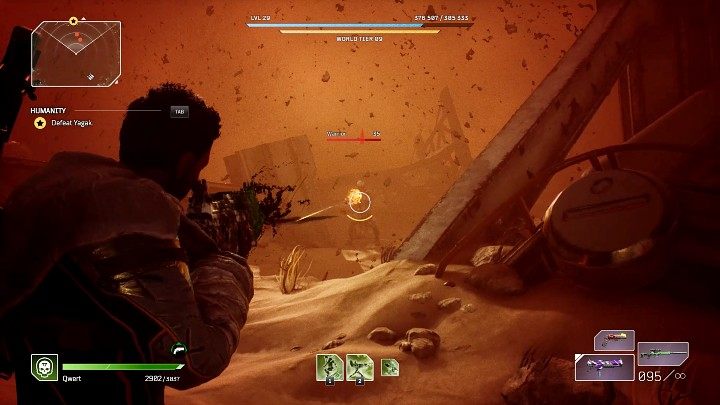 Before you start the second stage of the final boss fight in Outriders, you have to get to the sandy arena first. Along the way, you will find some ammo crates and encounter several enemies, which you can use to regenerate health. 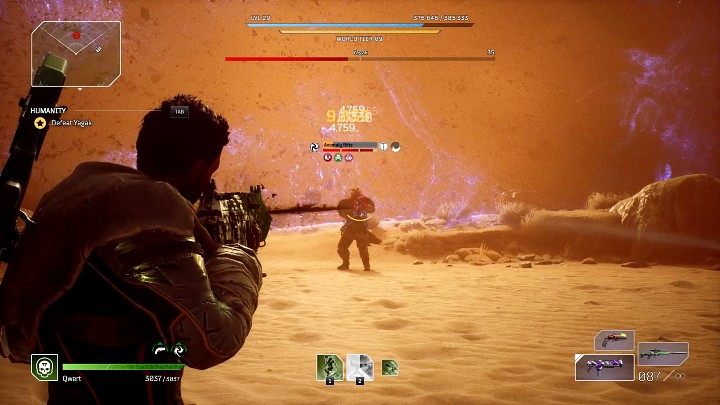 In the second stage, Yagak will reach for a brand new weapon, powerful chain hooks with which he can perform very fast attacks. Moreover, the boss can use the power of Anomaly (Anomaly Rifts, Sand Wyrm) all the time so you'd better be on your guard. 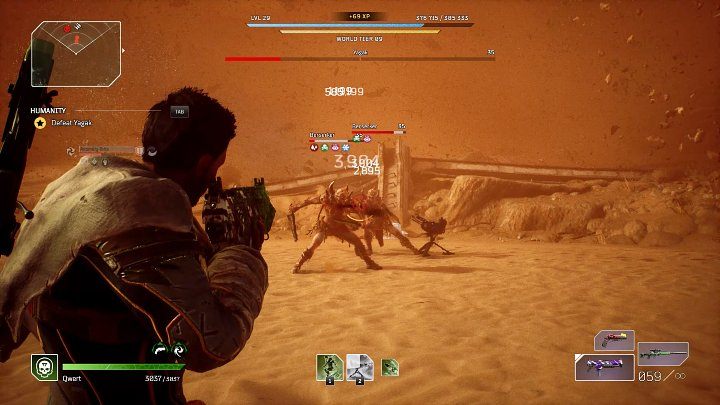 Once Yagak has shielded himself with a protective barrier and summoned his allies, focus on the weaker targets first, which can be very damaging (especially at higher World Tiers) and can make the fight much more complicated. 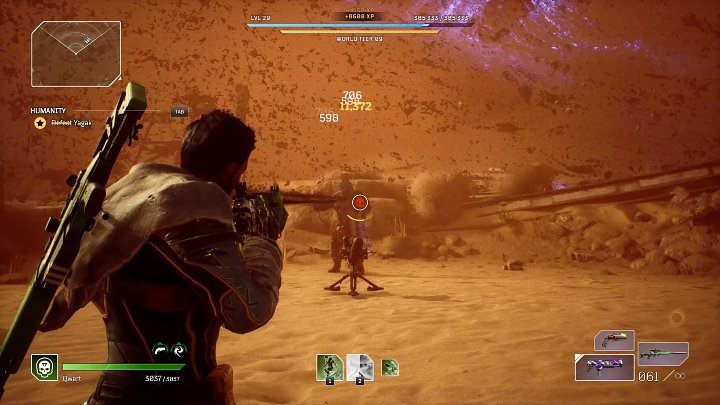 Avoid your enemy's quick strikes, don't stay in one place too long, destroy Anomaly orbs and try to keep your enemy at a distance. Take care of your character's health level, when shooting try to aim for the head to inflict as much damage as possible and use your offensive skills and after a while, you should be able to handle this boss.