This page of the guide to Outriders contains a walkthrough of the boss fight with Bailey. You will learn when the fight with Bailey happens, what attacks the boss has and how to avoid them, as well as how to defeat him effectively and quickly.

Bailey is one of the main character's allies until a certain point in the story, but certain events will cause her to gain the power of the Anomaly and turn against her allies. Bailey has many dangerous area skills which you need to avoid. 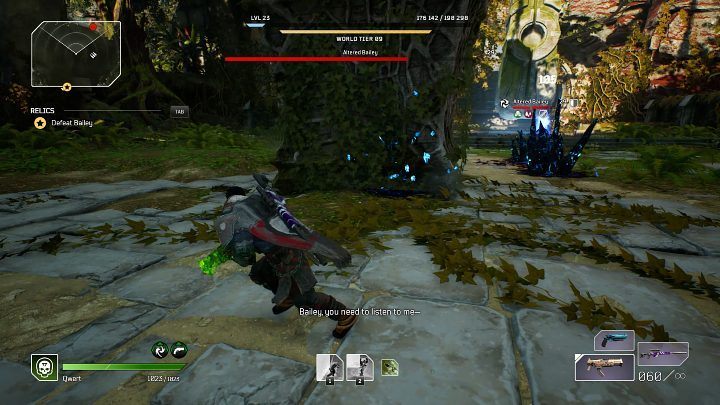 Bailey's first special skill are Rock Spikes. The boss marks areas on the map, where a few moments later she creates Anomaly shards of dark crystal, which are able to pierce through the target, doing a lot of damage. The skill has quite a bit of lag, so you will have enough time to jump away to safety. 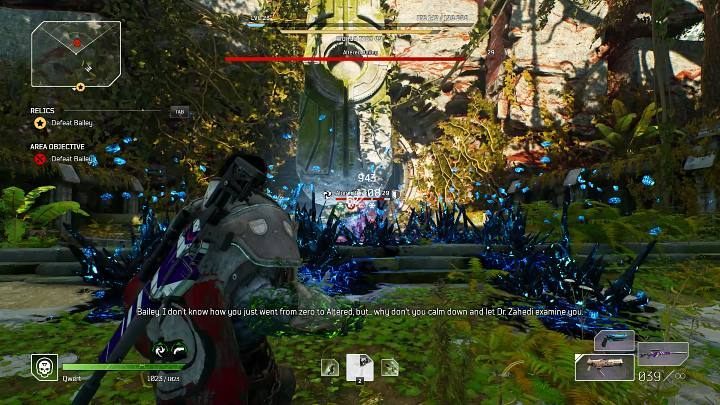 Bailey's second special skill is Ground Shock, which is similar to the aforementioned Rock Spikes. The boss casts a quick spell to create Anomaly shards of dark crystal around her, which can hurt really badly and also put the target on Vulnerable status.

To avoid taking damage, move away to a safe distance - if you react quickly enough, you will gain a few seconds to fire a few accurate shots. 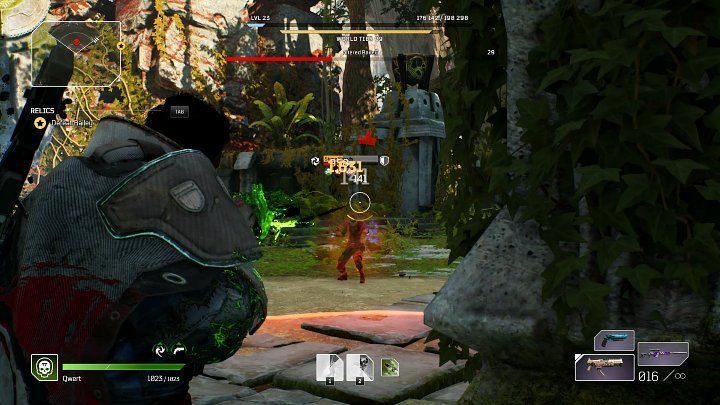 Bailey's next special skill are Stone Shards. She marks a sizable area on the map which will be covered with Anomaly shards within moments. The Stone Shards skill has a long lag, so you have some time to run away from the danger zone or perform a dodge. 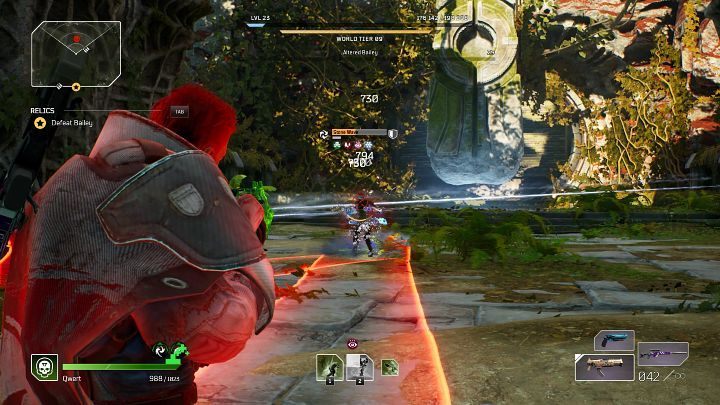 The next special skill that Bailey has is Stone Wave. She gathers the power of the Anomaly and then unleashes powerful waves of dark crystal (one after another) that travel along the red stripes visible on the arena floor - they deal a lot of damage upon hitting the target and give the Vulnerable status. Stone Wave can easily be dodged by jumping sideways.

Stone Wave goes through all obstacles, so you can't avoid taking damage by hiding behind one of the two massive pillars that are on the arena. 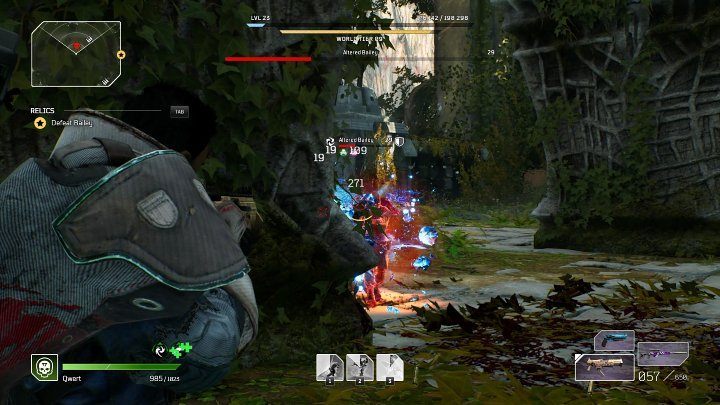 Veil of Stones is Bailey's another unique skill - she surrounds herself with a shield of spinning crystal shards. The shield produces smaller Anomaly shards that can harm your character, but it is not permanent - the shield can be broken with a few accurate shots.

Bailey is a fairly mobile character - she's constantly moving around the arena and trying to hit her target with automatic weapons; she also uses some strong area skills. If you don't have high Life Leech skills, don't stay too long in an exposed area of the arena. 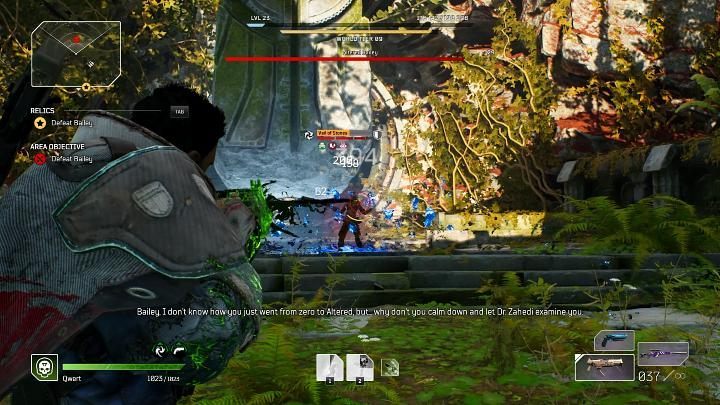 Skills like Rock Spikes, Veil of Stones and Stone Wave have a rather long lag, which you can use to shoot a few extra shots towards Bailey or use offensive skills. Remember to jump away in time, though - sometimes firing one shot fewer is worth more than repeating the entire fight. 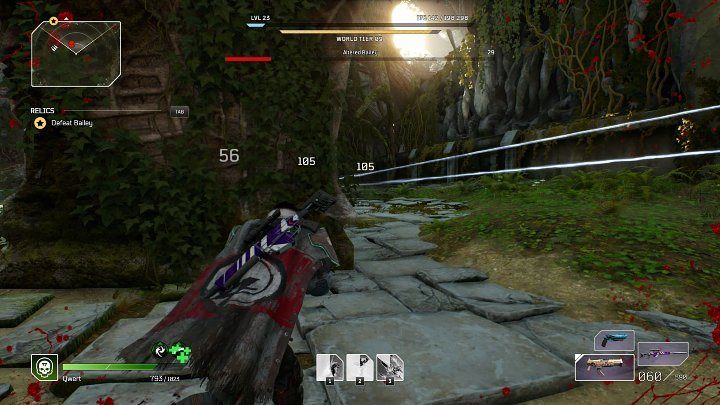 During the fight it is worth taking advantage of the two giant stone pillars, which will give you excellent protection against Bailey's automatic weapons. This tactic is especially effective if you are using automatic turrets, or if you can apply Bleed or Toxic statuses to the enemy, which will additionally drain the boss's health and heal your character as a result. 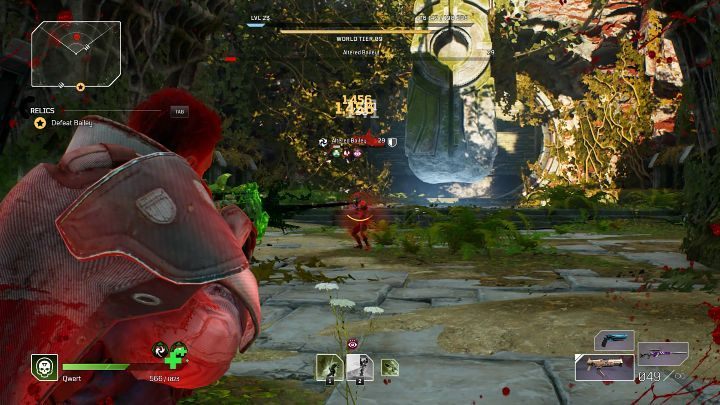 Avoid danger areas when your enemy uses his skills and don't stay in one place for too long. Take care of your character's health, when shooting, try to aim for the head to do the highest damage possible, and use your attack skills - this way, you should be able to defeat this boss in no time.