This page of the Outriders guide contains a walkthrough of the Chrysaloid boss fight. You will learn when the fight with Chrysaloid occurs, what attacks you may expect of him and how to avoid them as well as how to defeat him effectively and quickly.

The Chrysaloid fight takes place during the Track down the Chrysaloid main quest. Chrysaloid is the fourth major enemy you will face in Outriders.

Chrysaloid is a huge monster that doesn't move around the arena (he's actually outside of it) and doesn't have particularly dangerous attacks, but if it manages to hit its target, it will deal massive damage. Take your time to learn the mechanics of this fight so that you'll know how to deal with every possible situation. 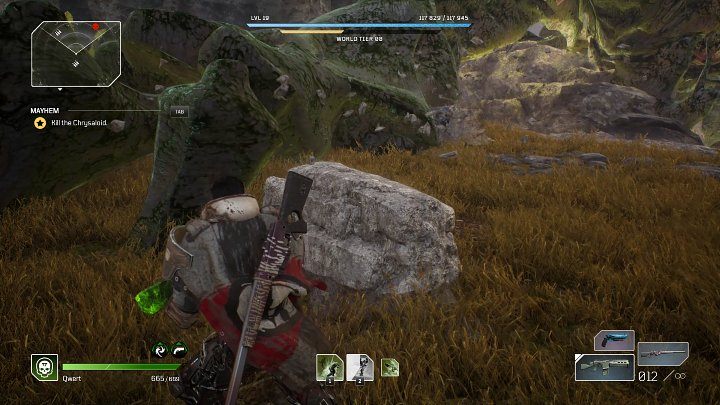 Chrysaloid tries to target the player (a red circle will appear in the arena) and then strikes the ground with an open paw. The attack doesn't have a long range and it's a bit delayed, so it's easy to avoid receiving damage. 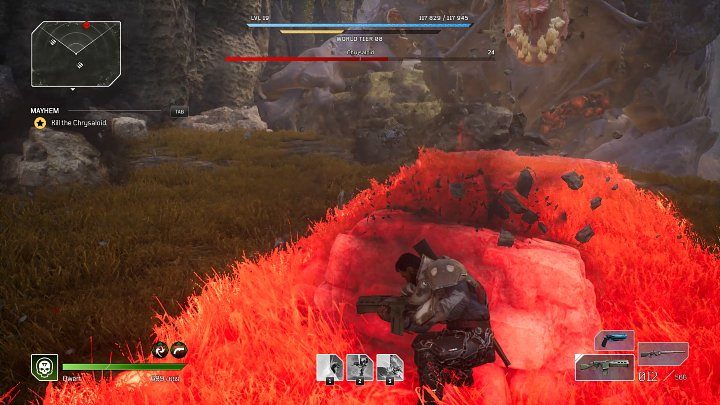 This is Chrysaloid's second and by far the most dangerous special ability. The monster inhales and then breathes out air in a narrow radius, moving its head across the arena. If you notice that the boss is leaning in, immediately hide behind one of the boulders and wait out the attack - this skill cannot be avoided.

Chrysaloid can start its attack from the left or from the right, so don't let him surprise you. 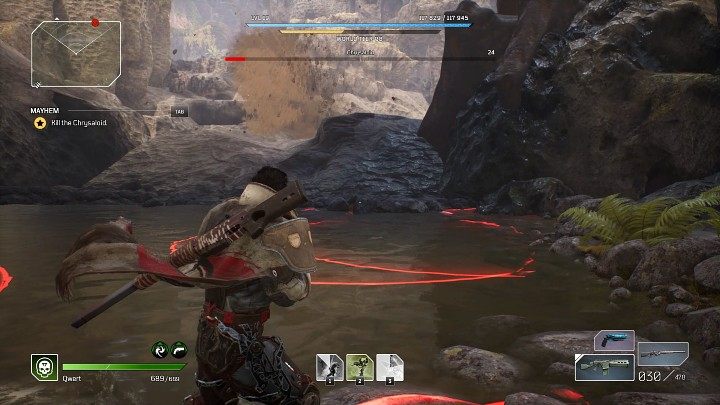 In the second stage of the fight, Chrysaloid receives a new ability - red circles appearing in the arena are a sign that certain areas of the battlefield are about to be flooded by falling rock pieces. To avoid receiving damage, do not stand in the dangerous area.

During combat, Chrysaloid is outside the arena, so all very close range skills will have no effect. The fight against this boss was divided into two stages. 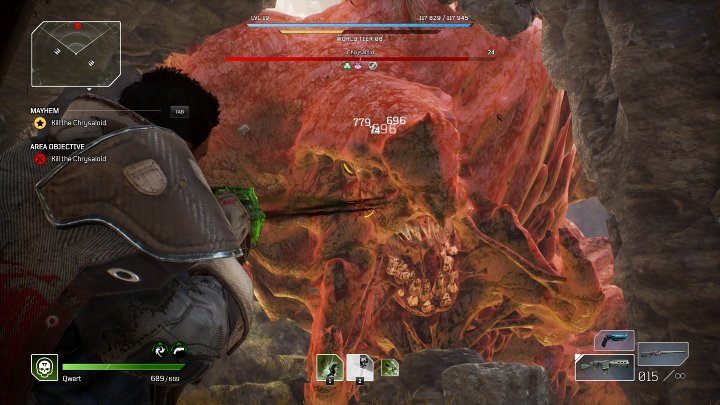 During the first stage of the fight, avoid the attacks (especially deadly breath) and focus on decreasing the first Chrysaloid's health bar as quickly as possible. Use skills that apply additional statuses to the target such as Toxic or Burning statuses. 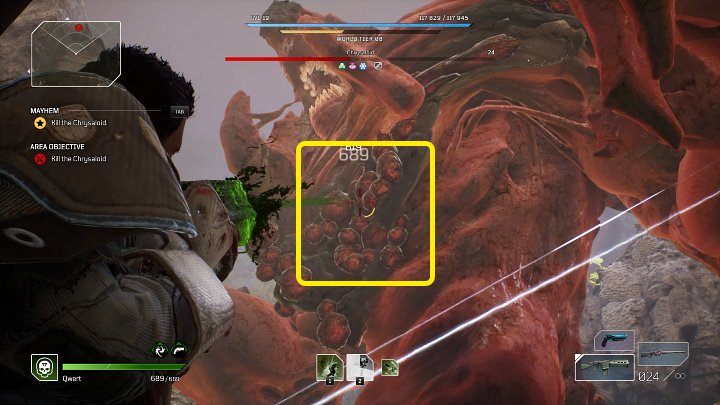 During the second stage of the fight, focus on shooting at the Chrysaloid's weak point, which is located on the abdomen. When you smash the strange organic structure marked in the image above, you will reveal the monster's heart. 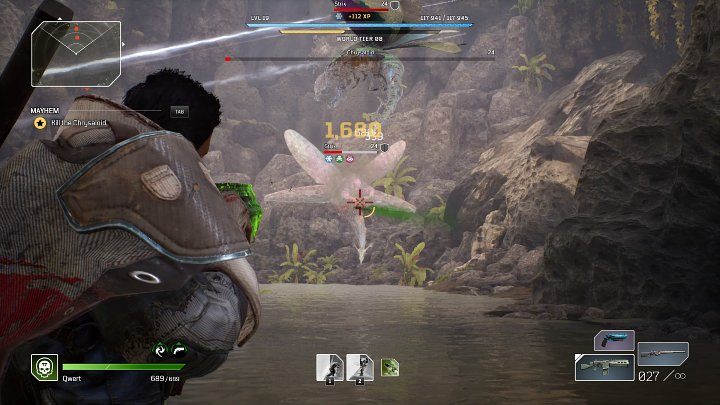 As you fight in the arena, you'll see Strix enemies - flying creatures that can do a lot of damage from a distance and impose a Toxic status on their targets. As soon as you notice the additional threat, stop the boss fight for a moment and focus on the smaller enemies. 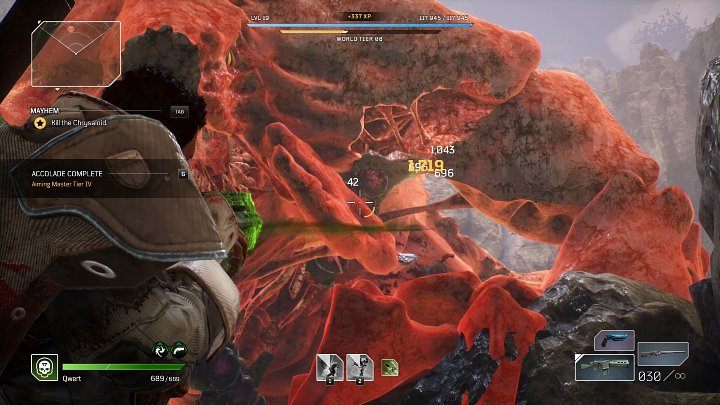 As the fight continues, try to stay as close to Chrysaloid as possible, as the creature will focus its attacks on the further parts of the arena. Keep shooting at the enemy's weak point and remember to look under your feet to avoid the stone avalanche.