In this section of the guide to Outriders you will learn how to revive a fallen ally.

Outriders does feature a multiplayer mode, which makes the game much more fun. Keep in mind, however, that multiplayer is much more difficult, and traversing an overcrowded part of the map recklessly may cause you or your allies to fall. Fortunately, you can quickly assist a fallen ally and bring them back into the fight. 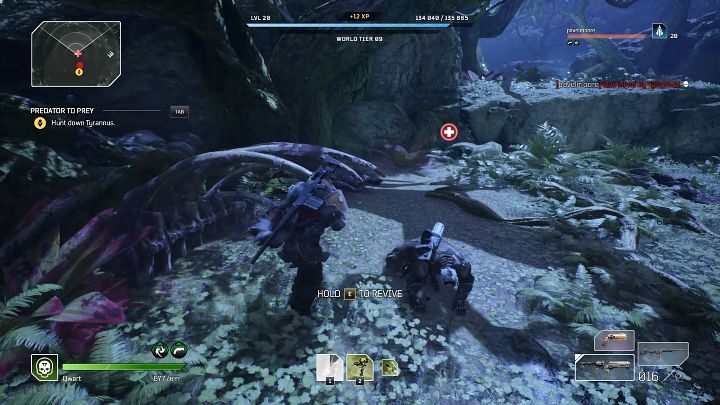 When your ally is downed, they will not be able to perform any actions and a message will show up in the top right corner of the screen. Moreover, a distinctive icon of a red circle with a white cross will appear above the downed player, and it will be clearly visible even from a distance. 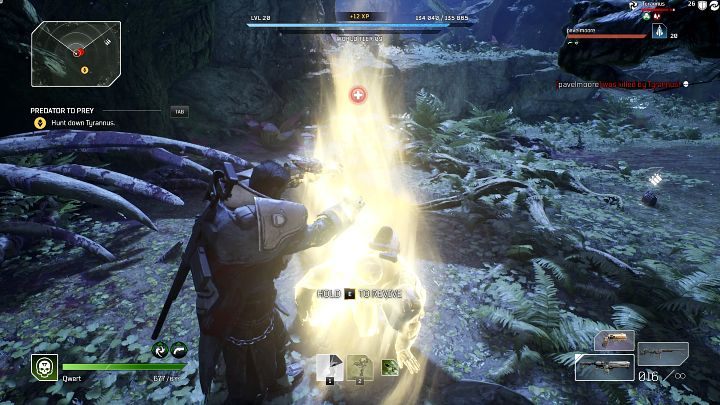 To revive an ally in Outriders, simply walk up to them and hold down the Revive button (E by default on PC). It is worth noting that the reviving process can be interrupted if the player performing the action takes damage, so make sure that you are not being attacked before attempting to revive a downed ally.

Before attempting to revive another player, you might want to use a skill that will momentarily stun the enemies who could interfere with your reviving actions.