On this page of the Outriders guide, you will find a list and description of all player stats.

The main character's stats in Outriders are divided into several categories: health, armor, firepower, and anomaly power. Also, note that each of these categories has a number of additional values.

You can check your character's stats in Outriders by pressing the Shift key and opening the inventory screen. 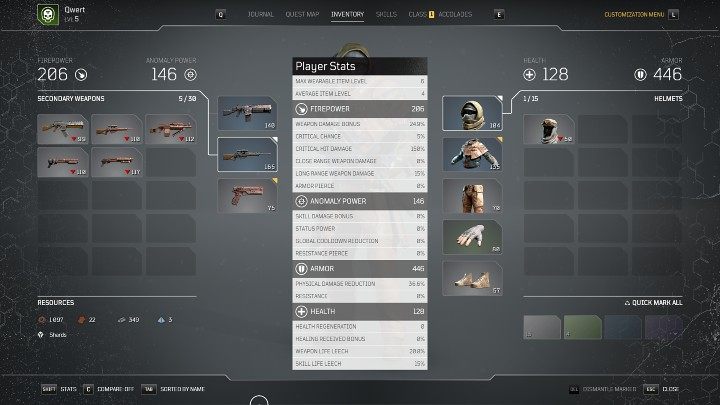