On this page of the Outriders game guide, you will learn how to defeat the boss known as Gauss. You will find out when you will have to face Gauss, what types of attacks does he use and how to avoid them as well as how to defeat him effectively and quickly.

The fight with Gauss takes place during the main quest Reunion. Gauss is the first truly dangerous opponent you will face in Outriders.

Gauss wields the power of lightning and has a number of dangerous area-of-effect attacks at his disposal which should be avoided at all costs. 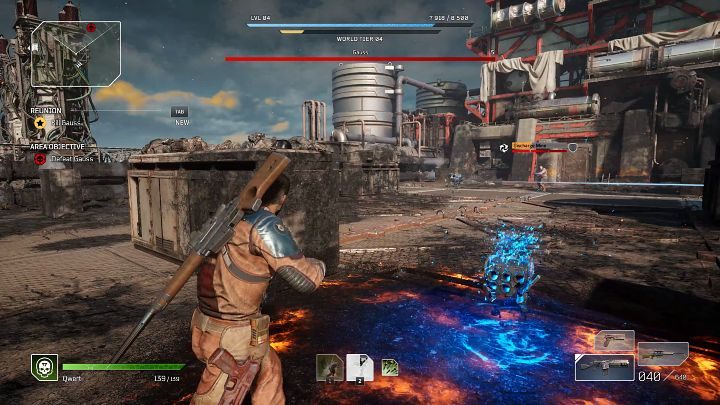 Discharge Mine is the boss's first unique ability to watch out for as you move around the arena. Gauss creates an electric charge under his opponent, which begins to explode at regular intervals after a brief moment. If you find yourself in a threatened area, quickly dodge away. 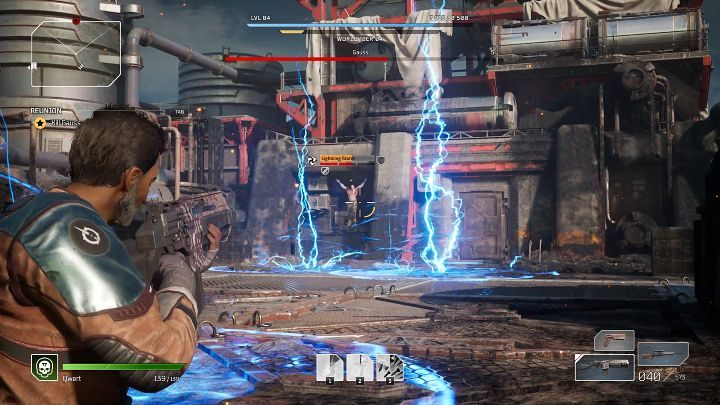 Gauss's second dangerous ability is Lightning Storm. The opponent creates spherical, moving areas at random points in the arena, which are then struck by lightning bolts every so often. It should be noted here that these discharge areas may overlap, further enhancing their effect. 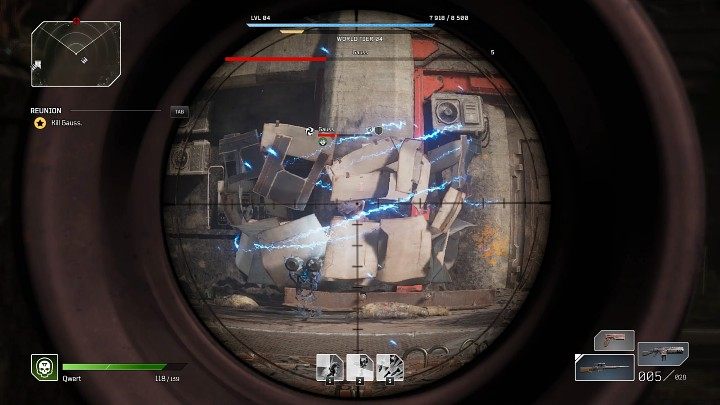 Gauss also has access to a defensive skill called Steel Wall. For a few seconds, he surrounds himself with metal plates that absorb incoming damage. The plates will explode at the end of the ability's duration, dealing damage over a large area, so make sure to keep a safe distance. 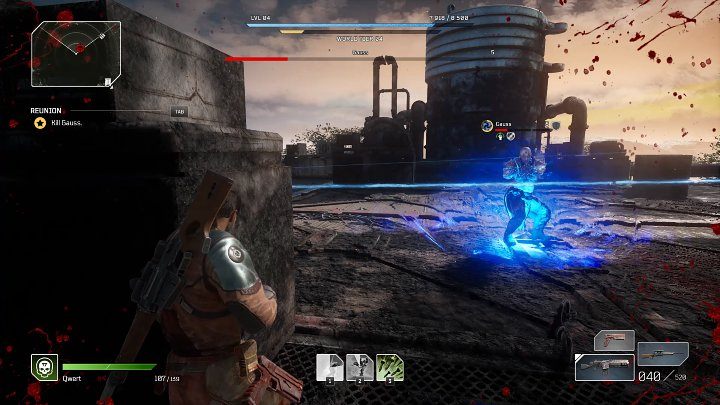 Shock Shift is an ability that grants Gauss some mobility. The boss teleports to the target location and creates an electric aura around himself that lasts for a few seconds and deals a fixed amount of contact damage. 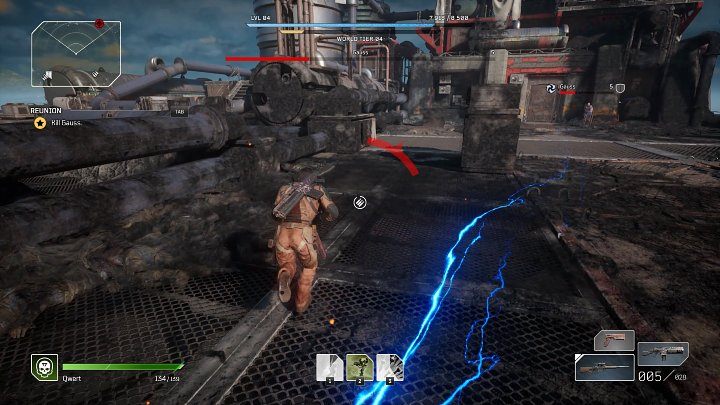 You can easily dodge Gauss's basic attacks as you run or by using the cover generously scattered throughout the arena. The lightning bolts he shoots from his hands do not pass through obstacles. 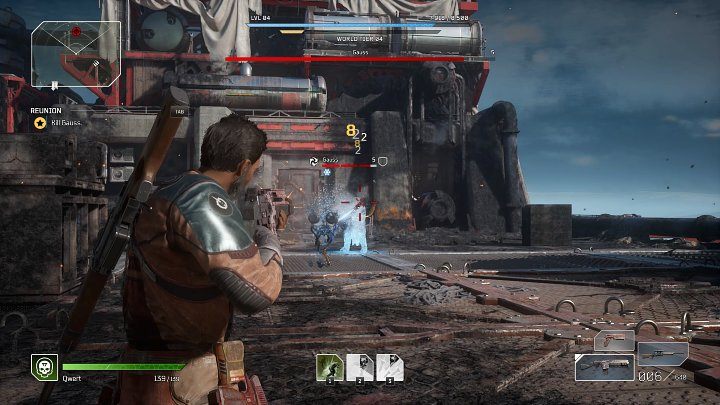 When Gauss attempts to use one of his stronger skills, like Lightning Storm, counter it with an ability that interrupts enemy skill casts. This will incapacitate the boss for a while, giving you the opportunity to decrease his health bar.

Remember, once you interrupt an elite enemy's ability, for a certain period of time they will become immune to any negative effects that would normally limit their movement. When the opponent is invulnerable, a blue aura will appear around him and you will notice a distinctive blue icon next to his health bar. 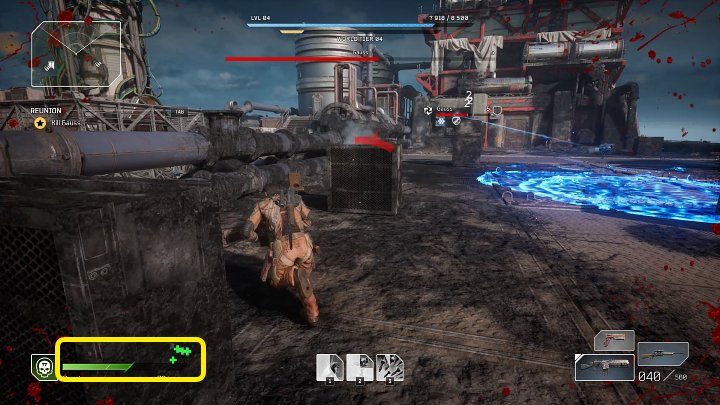 Keep an eye on your character's health bar at all times - if it drops to a dangerous level, hide behind a terrain obstacle and try to regenerate your health, e.g. through well-aimed shots from behind cover. 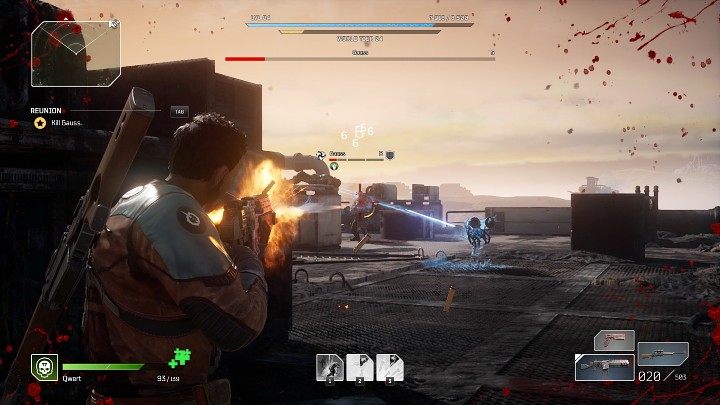 Avoid vulnerable sectors when your opponent is using his abilities and try to steer clear of the map's open areas. Gauss is not a tough opponent, so try to aim for his head to deal as much damage as possible and take advantage of your offensive abilities. This way, you should be able to deal with this boss quickly.