On this page of the game guide, you will find information about the Pyromancer character class in Outriders. We have provided the character's skill list, class tree and tips on how to improve your gameplay.

A Pyromancer is a character who controls fire. A melee strike imposes a burning effect on enemies, which drains extra life points. Pyromancer deals 10% more skill damage than other classes and can heal themselves once skill marked enemies are eliminated (for 24% of maximum health). 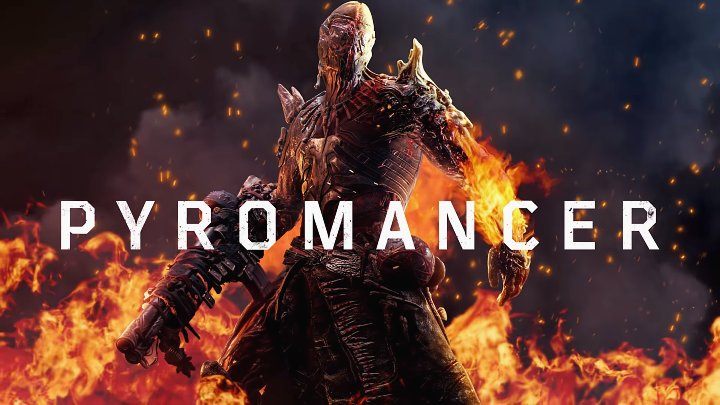 The Pyromancer is well-suited for medium range combat.

This class is well adapted for medium range. Pyromancer can be developed to increase damage against marked enemies, increase skill damage or receiving damage. When playing as a Pyromancer you are free to choose your weapon - the damage bonus is added to practically all weapons. 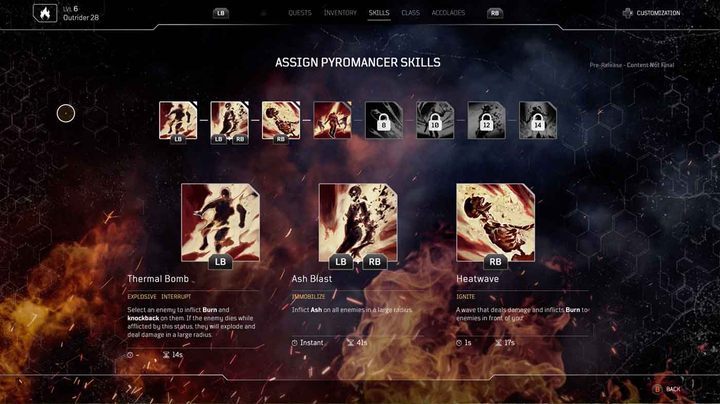 The Pyromancer is competent at fighting in medium range. All of their abilities are based on applying the Burning effect. We describe some of the Pyromancer skills below:

More detailed information on all Pyromancer skills can be found on the Pyromancer - skills page. 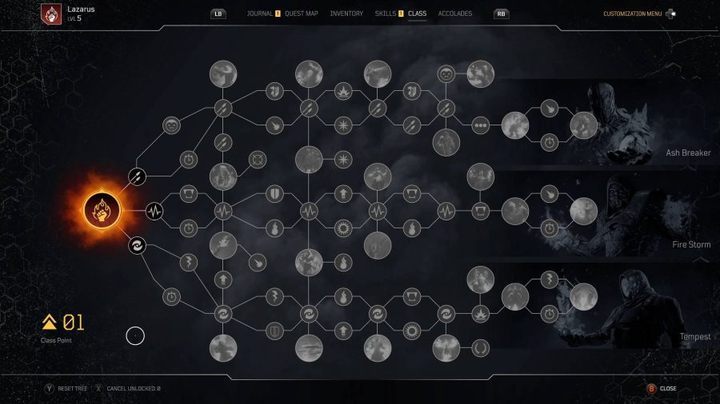 Like every class available in Outriders, Pyromancer has three unique subclasses that define their playstyle: