On this page of the guide you will find a list of all legendary items obtainable in the game Outriders. We have provided a description of each weapon along with guidelines on how to obtain them. Seeking out the legendary items in Outriders is well worth the effort, as they boast powerful stats and modifications.

How to obtain legendary weapons

Since legendary weapons are no longer obtainable from chests, there's a specific method to get them. Certain powerful opponents now have a chance to drop a legendary item. To maximise your chances of finding these items, select the highest possible world tier (up to 5 in the demo version, increasing your legendary weapon drop chance by 25%) and then replay a side quest - Payback is a good choice. Another quest that's well-suited for item farming is Terra Infirma.

Mods - the first one brings down lightning bolts with each shot. The second mod returns a percentage (30% in the screenshot) of critical damage to you as health. 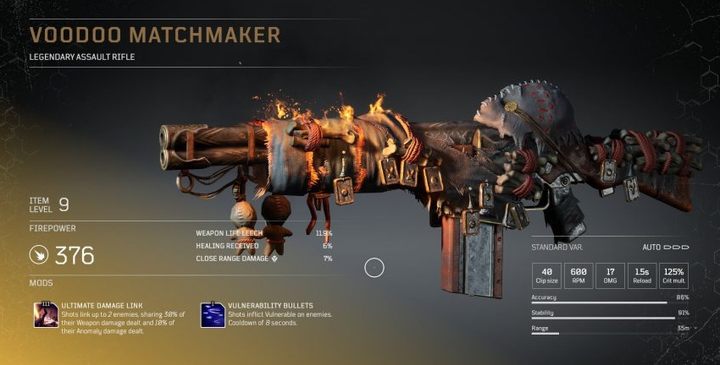 Mods - the first one links the enemies you shoot, splitting a percentage of weapon and anomaly damage between them. The second mod inflicts vulnerability on opponents.

Mods - the first one causes your shots to explode, dealing damage and causing weakness. The second mod inflicts burn on your enemies. 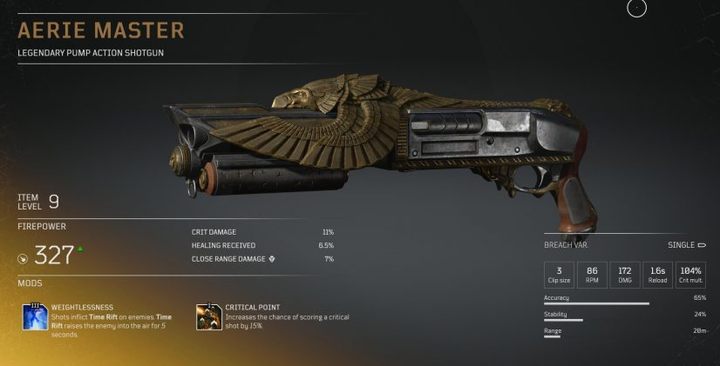 This shotgun inflicts your enemies with Time Rift, raising them into the air. It also increases the chance to deal critical damage (15% in the screenshot). 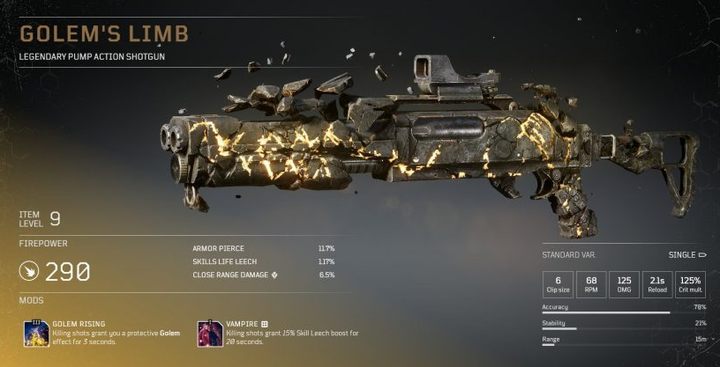 This legendary shotgun gives you a skill leech boost and a protective golem effect whenever you land a killing shot. 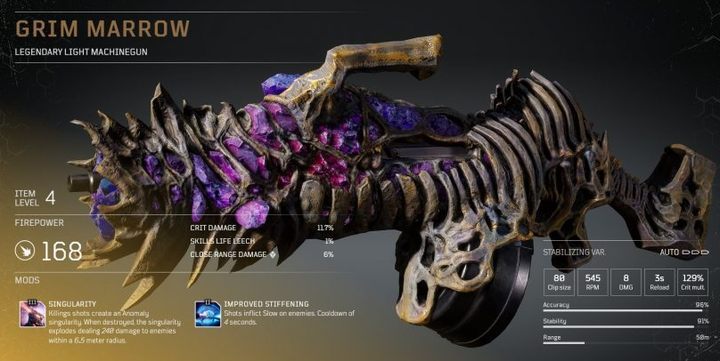 This legendary weapon is a light machinegun. Killing shots spawn explosive anomalies. The weapon can also inflict slow on opponents. 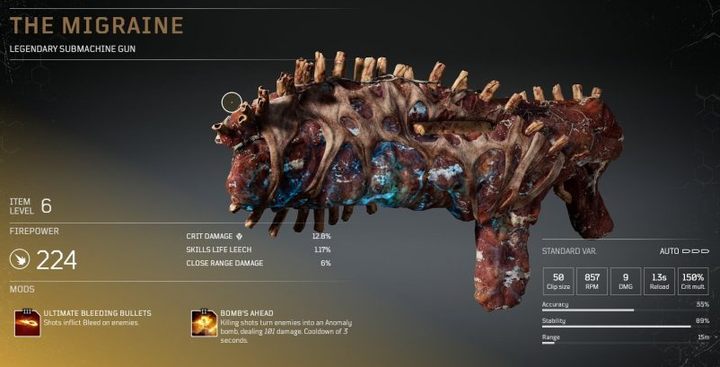 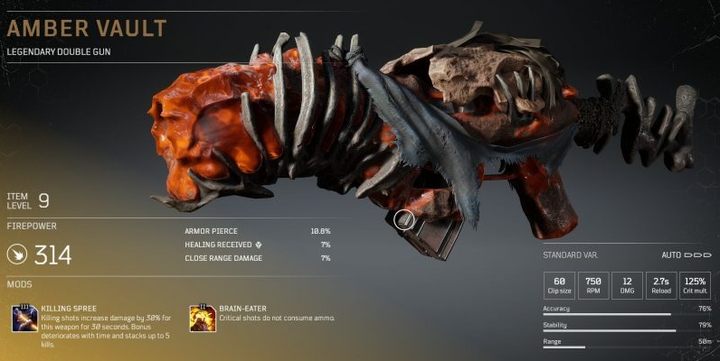 Each killing shot increases the damage dealt by a certain percentage (30% in the screenshot). This bonus can stack up to 5 times. Also, critical shots do not consume ammunition. 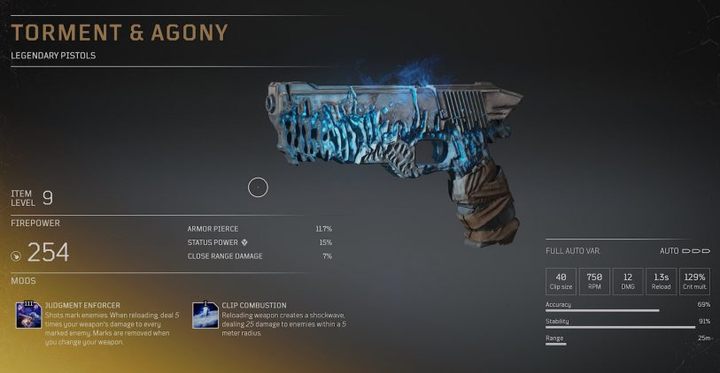 Shooting an enemy marks them. When reloading, deals damage to each marked enemy. The effect ends if you switch weapons. Reloading also generates a shockwave that deals damage to enemies within a 5-meter radius.