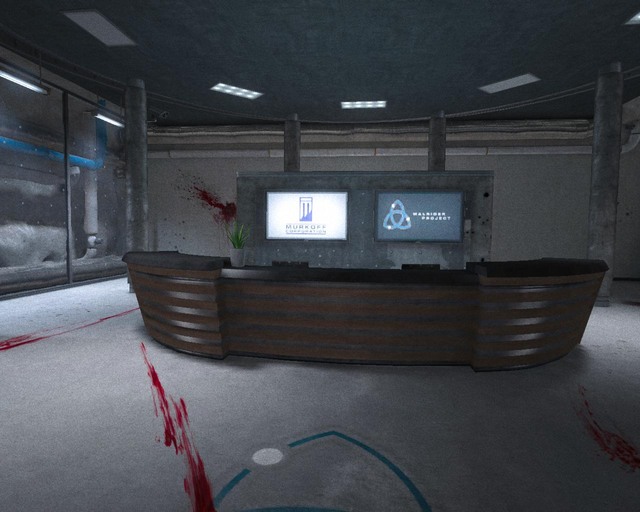 The security desk, the passageway on the right

After the elevator takes you down, go straight on until you walk into a large room that doesn't look like anything you've seen here before. There is a document by the guard's desk. 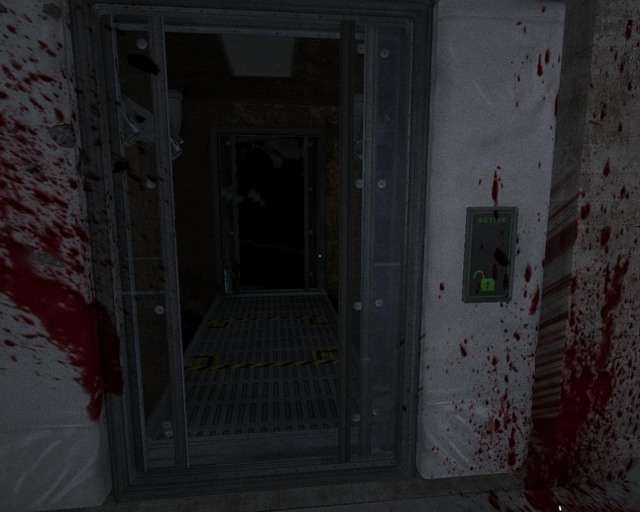 The damaged decontamination chamber looks awful, but you must go through anyway

Walk through the damaged decontamination chamber and past. Eventually, you'll leach a another complex that resembles a laboratory. There is another document file behind the door on the left. 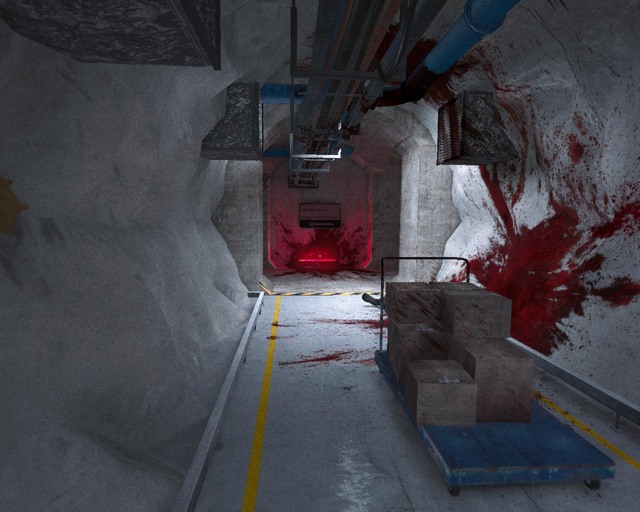 Turn left at the red wall

Go back to the corridor and keep going forward, past all the obstacles. Make way for the red wall right in front of you. At the end, to the right, you can find a battery, but the right way is the left path. 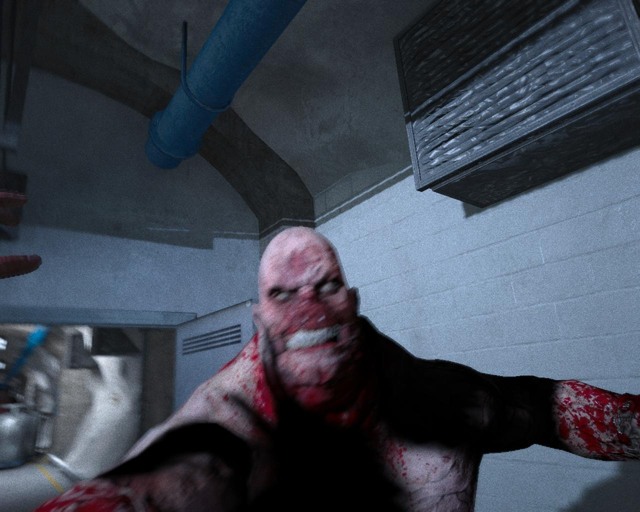 The goliath has finally caught up with you

As soon as you turn another corner, the alarm will go off and you'll see the ghost again. Turn around and run because this time he'll strike. A short while later you'll be watching a nice cutscene in which the pursuer leaves you alone. 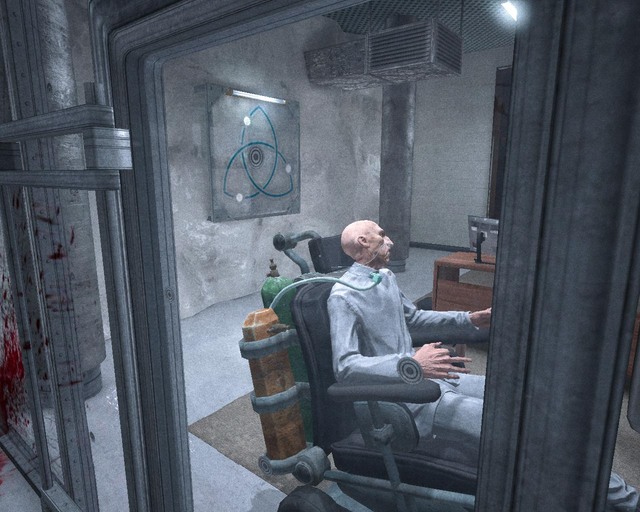 And here is the maker of this mess. He'll shed some light on all this

Keep going in the same direction a little longer, and a door will open on the left. Behind the glass window, you will see a fairly normal man sitting in a wheelchair. He'll ask you to kill Billy in the laboratory, because he's the ghost. 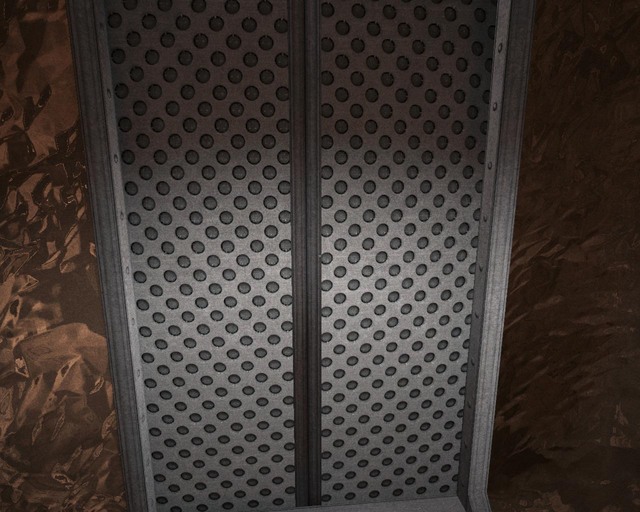 One of few decontamination chambers. As you can see, the ghost cannot get inside

Having nothing better to do, agree. When you leave the room, turn left and you'll see another door opening for you. Go through it and run down the corridor, then turn left at the end. The arrow on the wall will point you in the right direction.

At the end of the corridor, behind the double doors, turn right and then go past the generators to reach the stairs. Go up and run to the open door, then through the decontamination chamber. Watch out for Billy breathing down your neck. 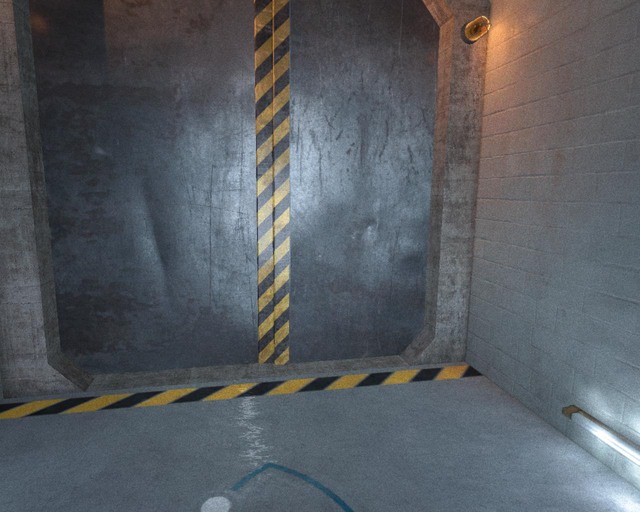 The massive door into the laboratory

As soon as you leave the chamber, go right to another passageway, then all the way straight to the massive door. Enter the laboratory and go downstairs. You'll see Billy inside one of the chambers. 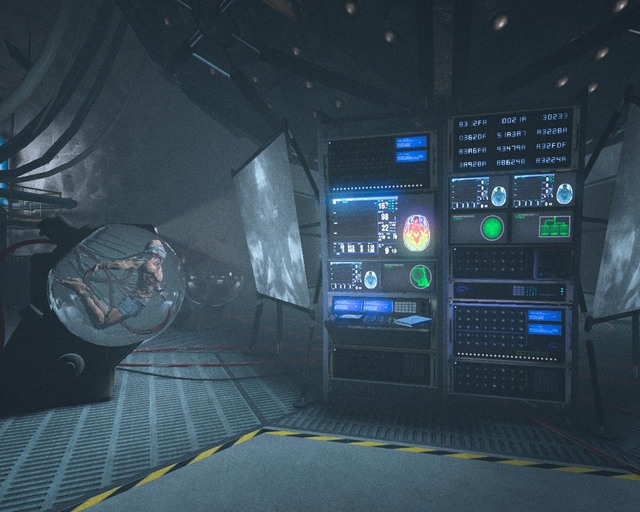 Billy in the background. To get to him, use the computer on the right

There are only two paths from here, both having you switching things on. First, go right. This is not the time for sneaking anymore; it's time for sprinting only. 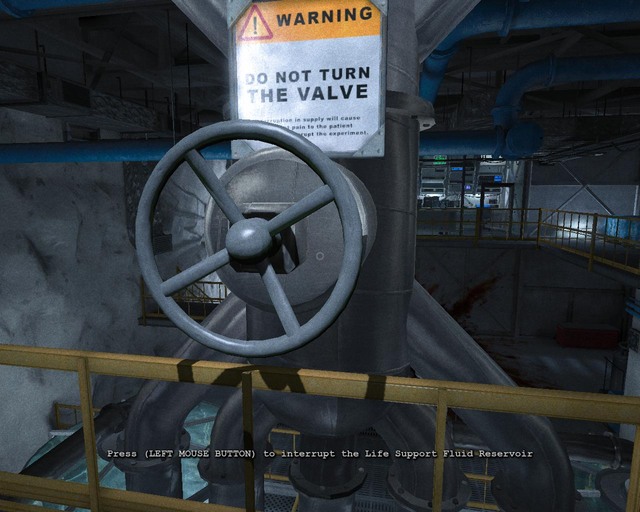 This valve opens the other door in the chamber room

Go through the door, the run forward into the next chamber; there, keep close to the left wall and move upstairs. Follow the catwalk and it will lead you straight to the valve. Turn it and go back to the room with Billy. 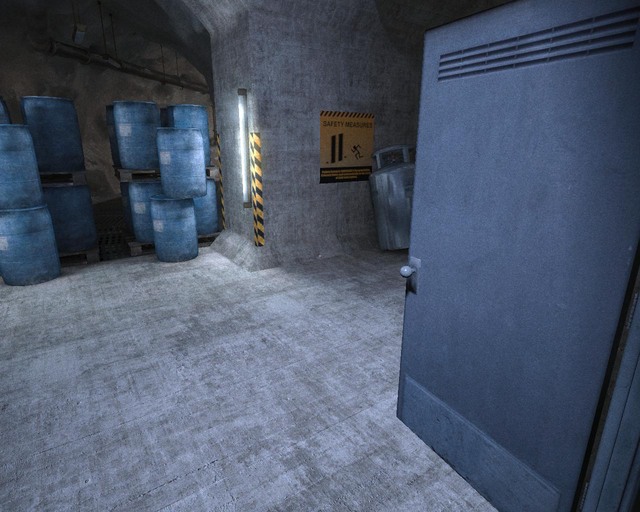 Squeeze through the barrels

There are stairs on the other side of the room. Go up them, then squeeze through the barrels and keep running forward. Watch out, though, because the ghost is still after you and you can't hide from it. 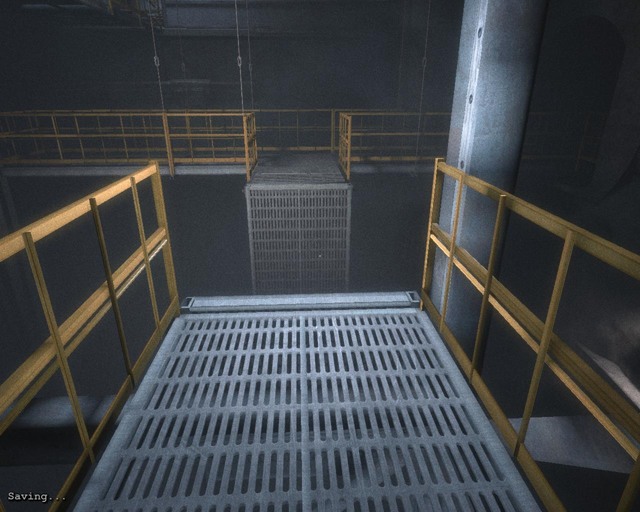 A leap of faith

In the next room, run up the stairs on the left. It will take some time. Jump over to the other side. 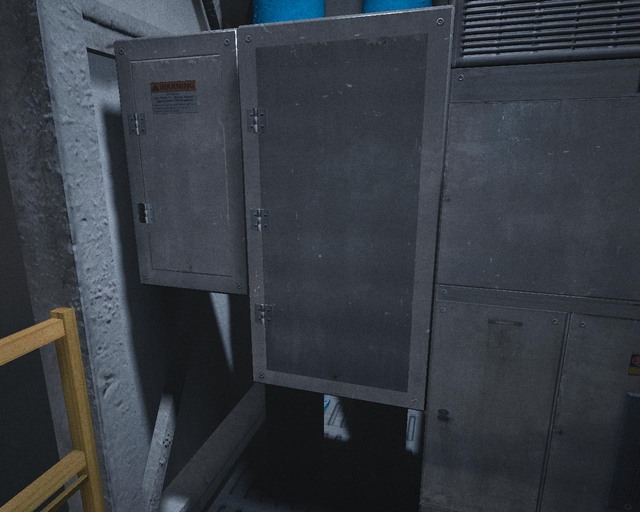 Rip the cables of this box

Turn left and start climbing the stairs, and when you're up, get to the other side. Turn on the camera and go right, then follow the path until you reach the decontamination chamber. Billy will stop chasing you for a while.

Run up another set of stairs to find a box from which you need to rip cables (shining in green). Do what must be done and go back to middle room. Now you can take the guy on. 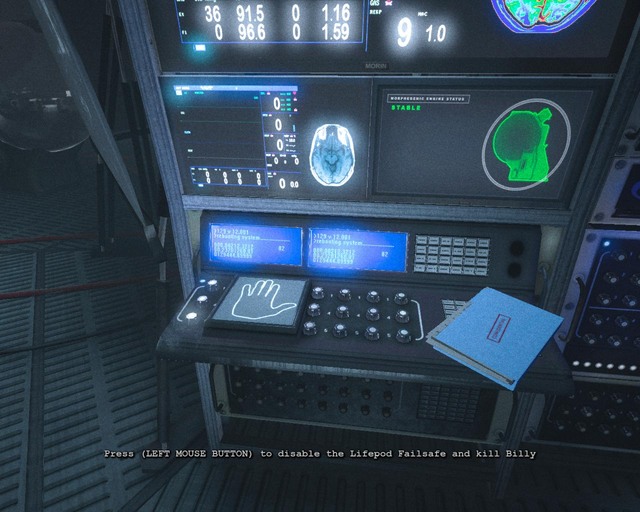 The main computer will let you kill Billy

Once you're in the capsule, approach and interact with the main computer (documents nearby). A cutscene will play in a minute, so seat back and relax. 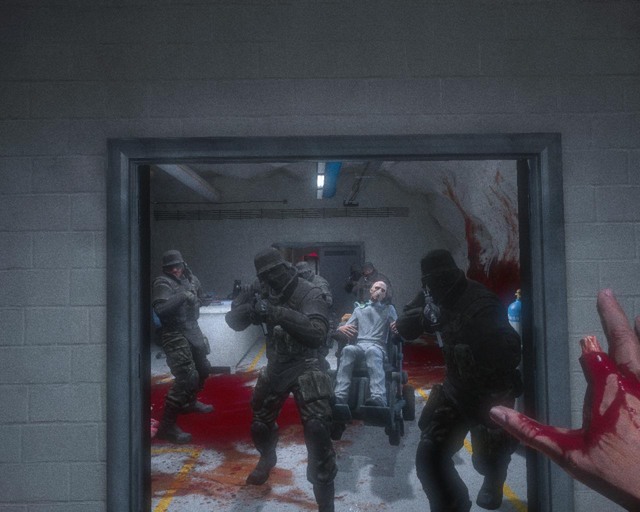 When it's over, look to the right and start climbing the stairs, then go straight on all the way. These are the last steps in the game. As you approach the door, another cutscene will play, ending the game.