You'll find yourself in a some sort of sewer system. Keep going down and down, there's no other way anyway. To make things easier, you may want to switch to night vision. Eventually, you'll reach the actual sewer tunnel, with two paths to go, left or right. 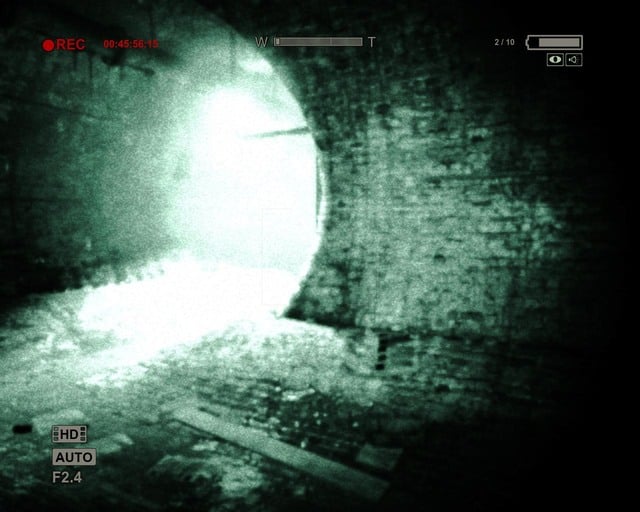 The path on the right is collapsed, so take the left, brighter one. As soon as you can, turn right and follow the tunnel until you reach a smaller sewer. Crawl through it. 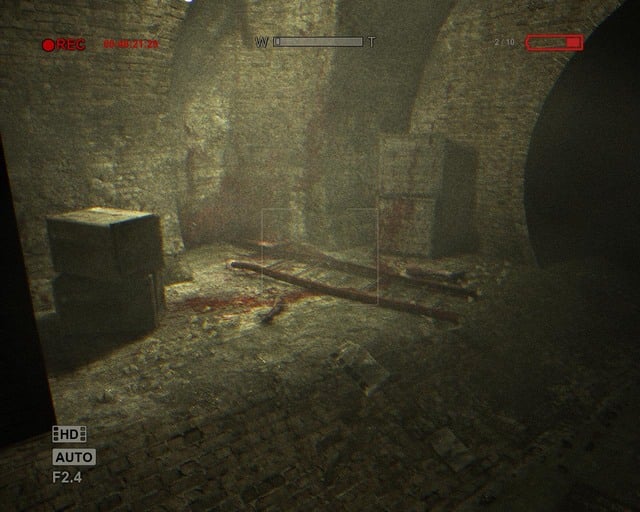 Here you can find another document

Once you're on the other side, go straight on and turn left at the second fork. Keep going until you reach an area with human remains scattered all over; there's a document among them that you can pick up. Go back to the first fork, turn right, squeeze through the wall and move further. 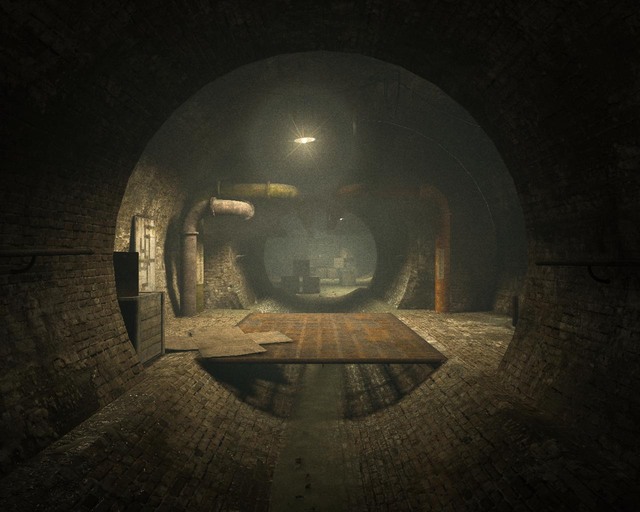 Sewer tunnel. At the end - paths leading to valves

Once you're in the second room, you'll get another objective - to turn two valves in order to unlock the next mission. After taking several steps you'll realize it's not going to be that easy, not with your old pal re-appearing and you having to move past him. If he detects you, either run towards the crack you used to get here and stop the chase altogether, or turn left and crawl inside one of the smaller pipes in the dark. He won't reach you. 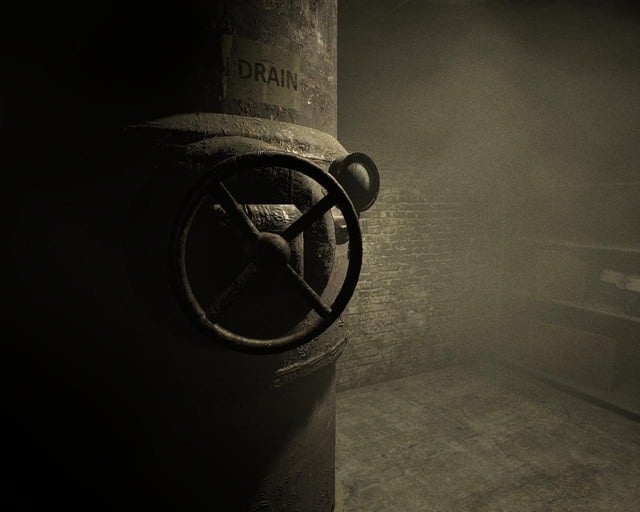 One of two valves to turn

In order to find the first valve, turn right the first chance you get. Jump between the planks and turn right again. There is also a battery in the room. Turn the valve to complete one of the objectives. The second valve is in the room on the other side, so to the left from where you came. Also with a battery. 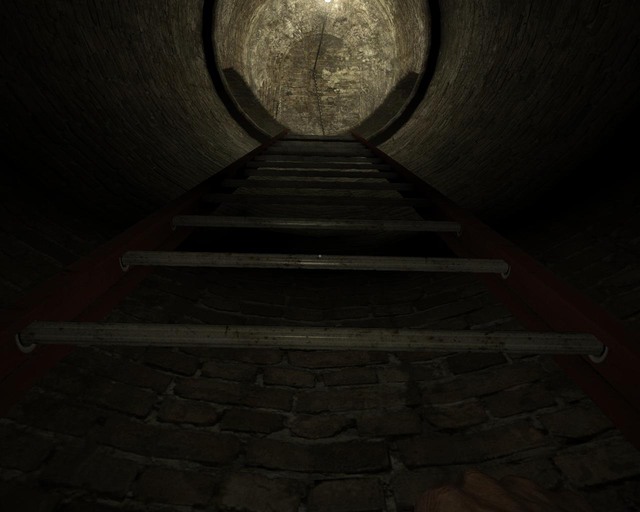 The way down the ladder

Naturally, now you need to get back to the beginning. Evade your pursuer and backtrack the way you came, then go down the ladder. 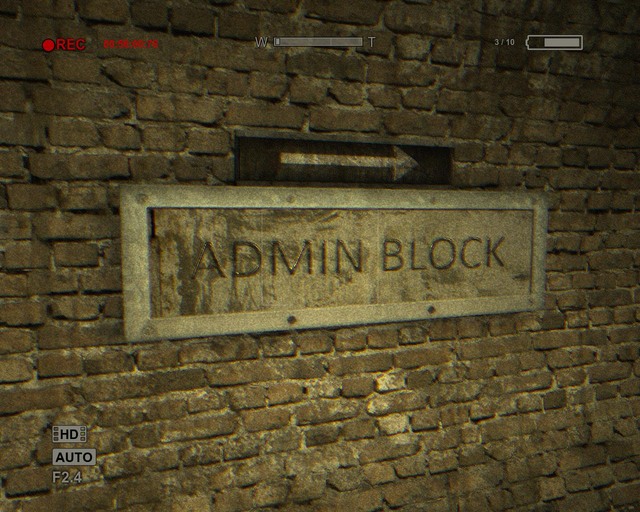 The sing will show you the right way

Move ahead until you find another ladder. Climb it up and look around. The path will lead to the right, and you will keep hearing the prisoners' screams. According to the sign, the path leads to the admin block. 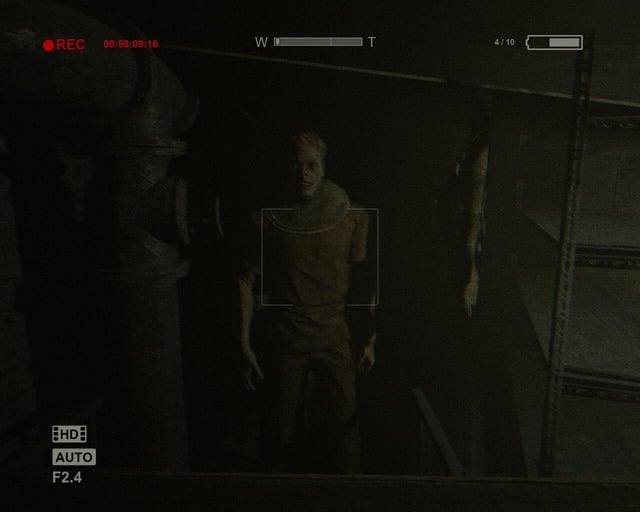 One of the prisoners that didn't want to hurt you. On the right, the way down

Keep going straight ahead until you see a door on your left. Go through it to meet with one of the inmates, but this one will be the first to talk some sense. On the right, there is a hole in the floor. Jump down to get to the next level. 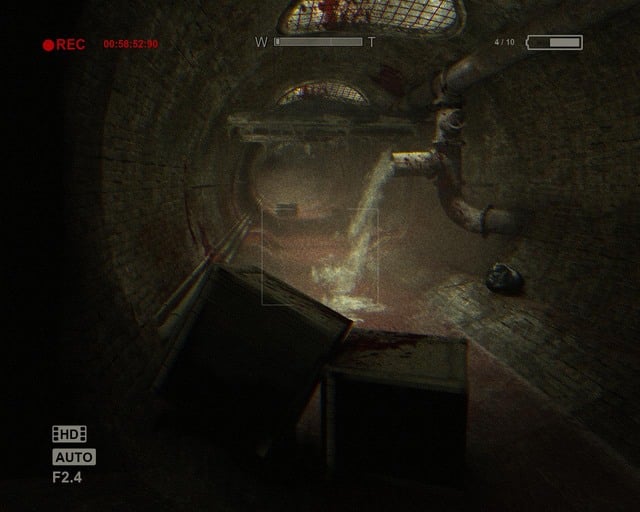 The path is straightforward, so you can't be lost

In the lower sewers, turn left and move along the tunnel. Eventually, you'll reach a door on the left. Ignore it, approach the wall, crouch and crawl through the smaller tunnel. 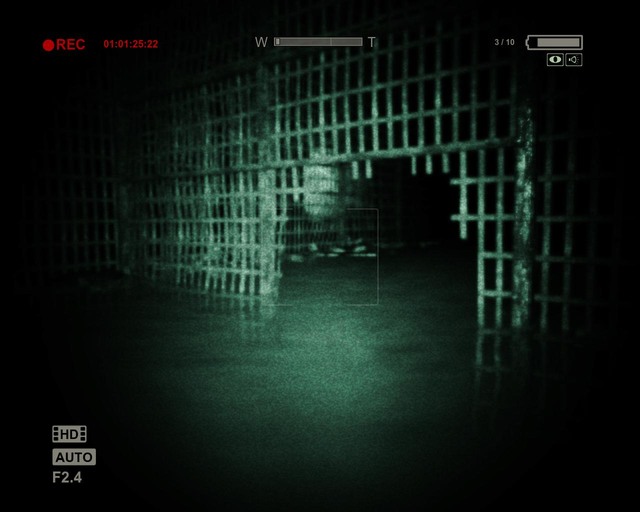 Wade in the water under the gate to find a battery

You'll emerge in a boiler room. Move under the mechanisms, climb up and get to the door. Step into a corridor filled with complete darkness. Use the metal plank to go left. When possible, jump in the water - if you wade through it enough, you'll find a battery. No go back ahead and climb to the next area. 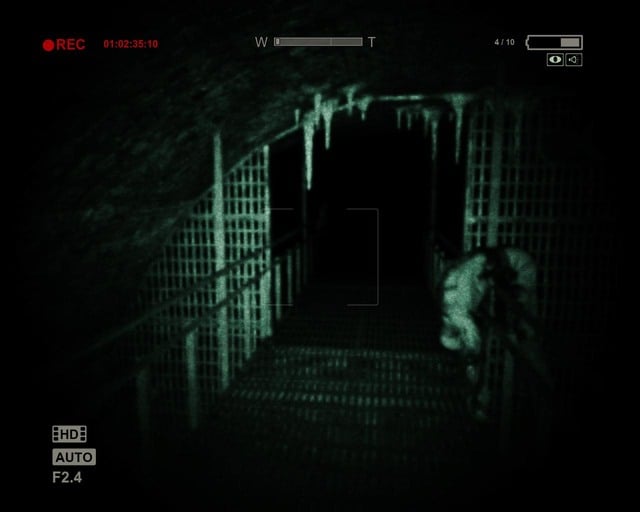 There's plenty of these short sections

Immediately afterwards you're going to have to jump back in the water. Look for the stairs; they should be somewhere around. Be ready to get wet again. 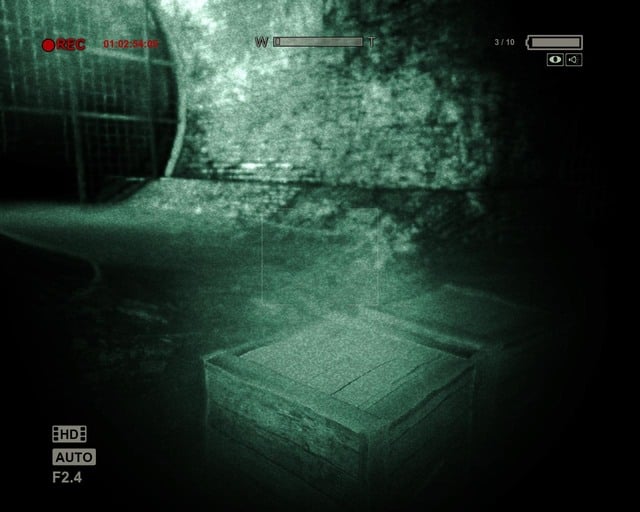 The gate on the left hides a way through

Wading in water, turn left when you can, and crouch under the metal grating.

Jump where the game tells you to, and get ready for another encounter with an old friend. The situation is the same as always. Keep hiding away from him, keep an eye out and look for the stairs which should be close to the light in the middle of the chamber. As you run along the plank, you'll see a ladder - jump to it and climb up. Your buddy won't be after you anymore. 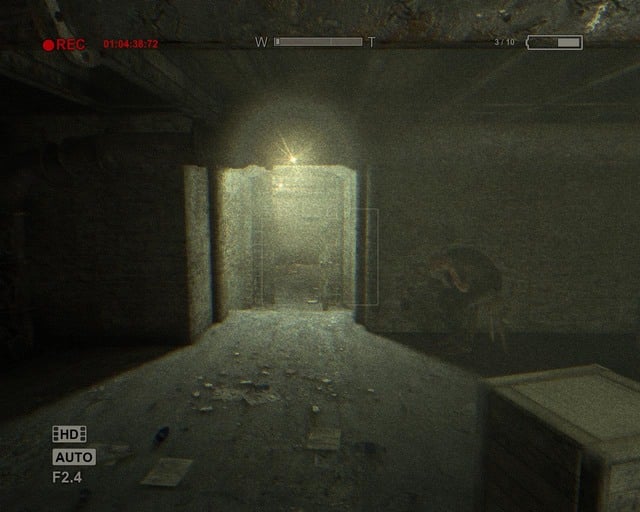 You'll be back in the old fashioned cell. When you leave it, you'll see a madman running straight towards you. If you try to turn back, it will turn out someone has closed door behind you - but the one you've been running from has now disappeared. 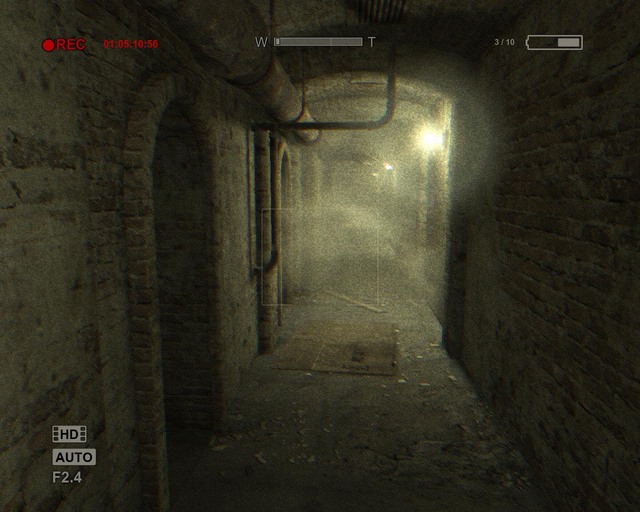 In this long corridor, take only the third offshoot

Move ahead, past the first two passageways, but when you get to the third one, on the left, use it, and the one on the right. Keep moving along the corridor, at the end of which there are some boxes, then turn left and finally, quietly, right. 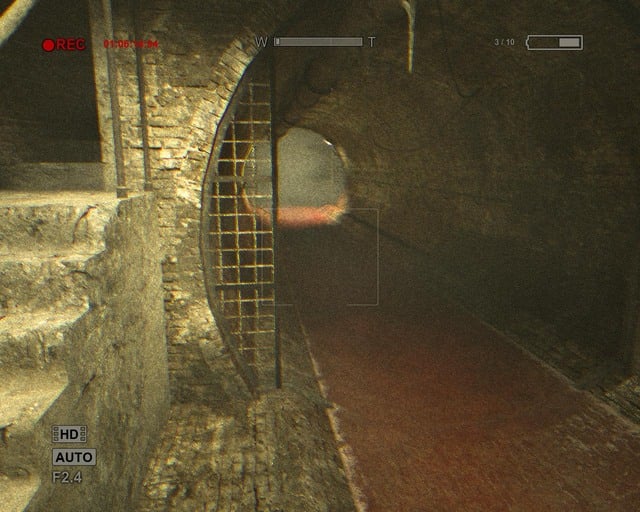 Once again, climb down and follow the path. If you're careful, you'll see a fleeing man in a straightjacket. Follow him, then go up the stairs on the right.