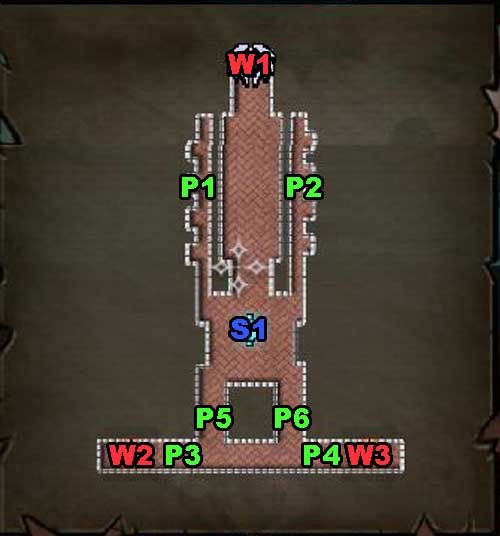 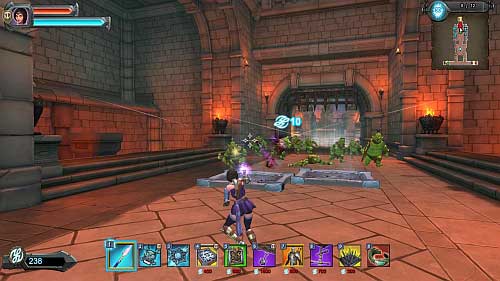 Before you start this mission cut the price of the archers. Then set them on the catwalks (P1, P2) and if you get more money buy them more (about 15 should be enough) and tap some vents on the floor which will slow orcs (picture). This is important because every wave starts from this entrance (W1). 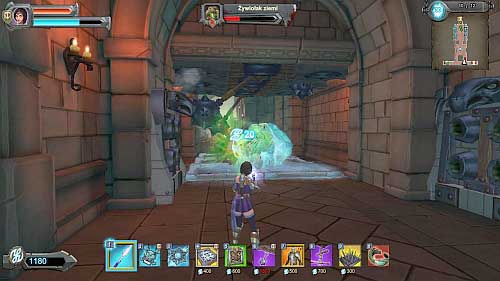 After the third wave start setting traps near two another entrances (W2, W3) because enemies will attack mostly from that gates. Firstly pick one of the passage (P3 or P4) and tap there vents and sprayers. In the second one set vents and eliminate all enemies by yourself. when you get some cash buy swinging maces in corridor with traps and in time buy some vents (do the same with the second corridor). In this way you will repel every attack (picture). 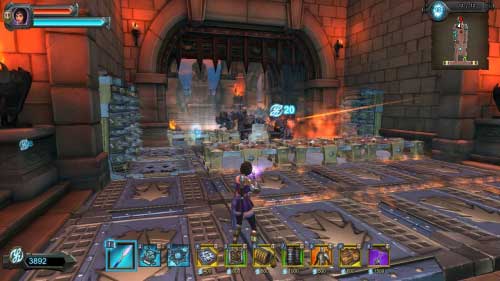 Use barricades to create a maze near first entrance (W1) - tap two of them on the left side of the entrance and three on the right side from the wall, remember that you have to make a path between barricades. On the left and right wall tap grinders and set some archers on the catwalks on left and right side of the corridor (you must protect them from gnolls). Empower maze with scorchers and vents (picture). 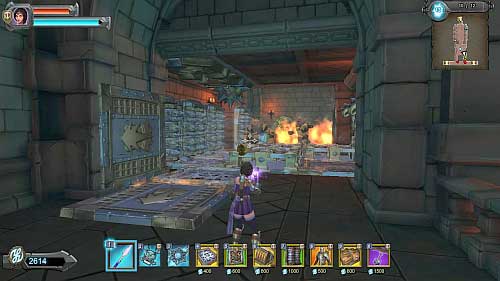 In the fourth wave quickly get down and block one of the passages (P5 or P6) with two barricades and set three barricades in the second one in that way that will create a narrow path near the wall. On the ceiling (along the path) place swinging mace and set grinders on the wall. In time buy also scorchers and no one will breakthrough (picture). Remember to protect archers from gnolls.