This page of the Oddworld Soulstorm game guide contains the third part of the walkthrough of the final level 17 - Eye of the Storm. Our guide explains how to reach the mixer, how to beat the first stages of the final battle and how to deal with the mechs - the final bosses of the campaign.

Additional note: The green color in this walkthrough stands for secrets and unique locations/activities associated with the badges (challenges) in the game. Mission 17 badges have been described on a separate page of the guide.

Get to the Mixer 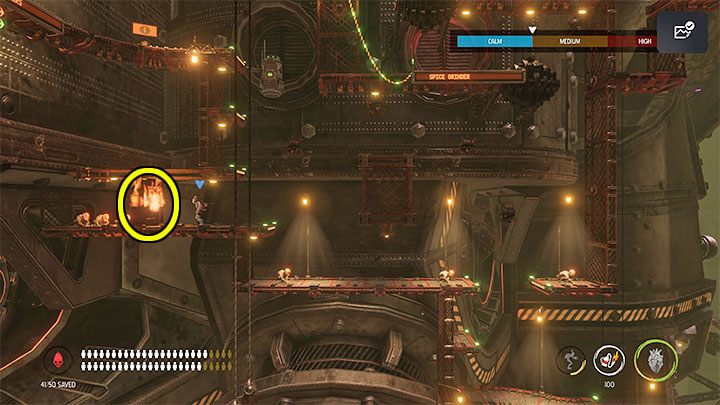 Start in the location where we completed the puzzle with the flying Slig from the Spice Grinder area. There are a total of 6 Mudokons in this area to recruit. If we haven't disposed of the Sligs that are guarding them earlier, then it's time to use some gadgets (eg. candy).

3 Mudokons are behind the wooden barricade on the left (pictured above), which can be optionally set on fire with a flamethrower or a Brewnade. Remember to put out the flames right after the barricade is destroyed. 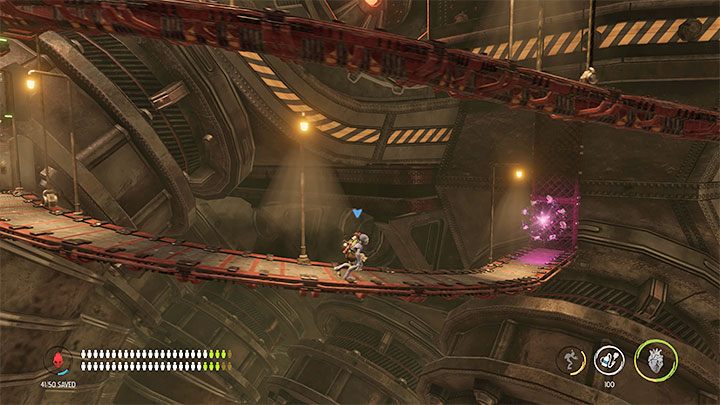 Jump to the platforms below to eventually reach the bird portal and use it to free all of the Mudokons.

Return to the top (it's worth searching the area for loot) and then go to the right.

Prepare for the final battle 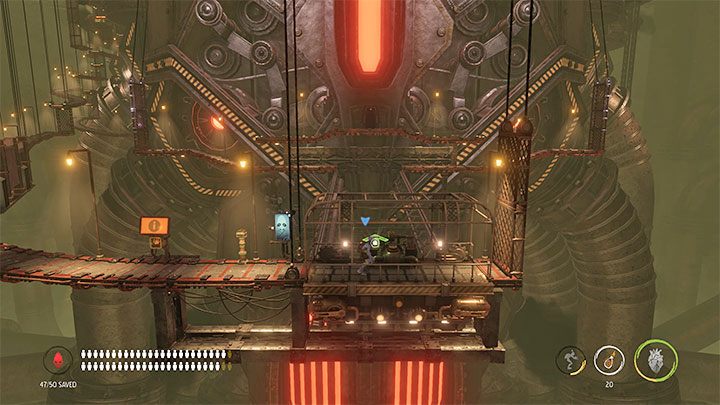 Investigate all the cabinets that you pass along the way. Optionally, we can also use the binoculars. Try to craft as many Brewnade cocktails as possible, because this gadget will be very helpful during the final battle.

Use the moving platform to access the background area. Here, we can go through the entrance to reach the final area.

The first phase of the battle - Left Eye 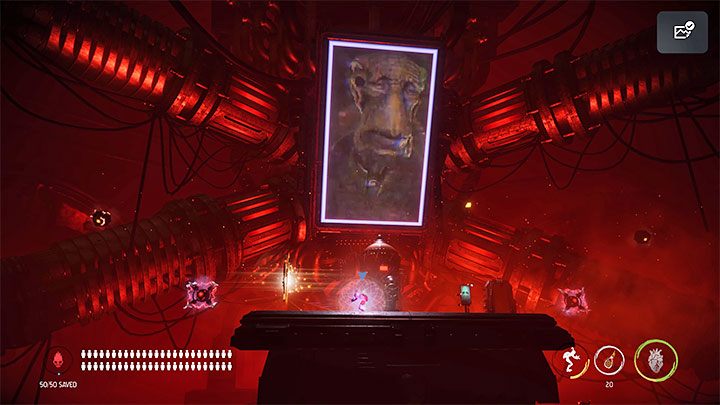 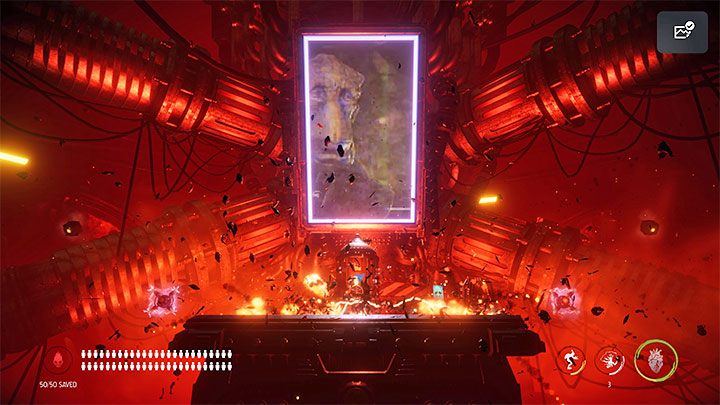 Interact with the Work Wheel. As soon as the enemies appear, don't try to fight them. Instead, activate the power of Shrykull, which will immediately kill them. 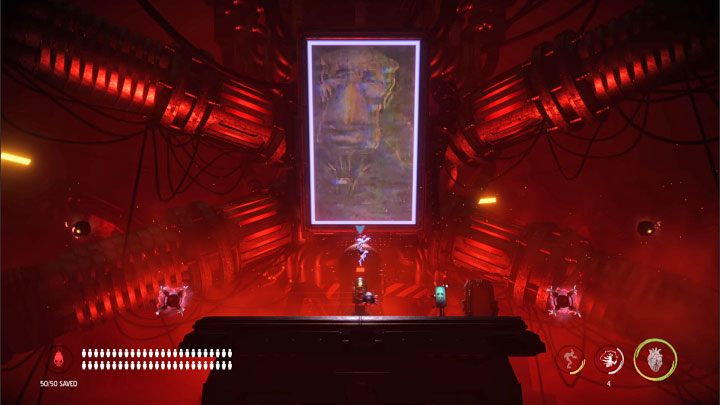 Enemies will appear once more and we will have to activate the power of Shrykull again.

The second phase of the battle - Right Eye 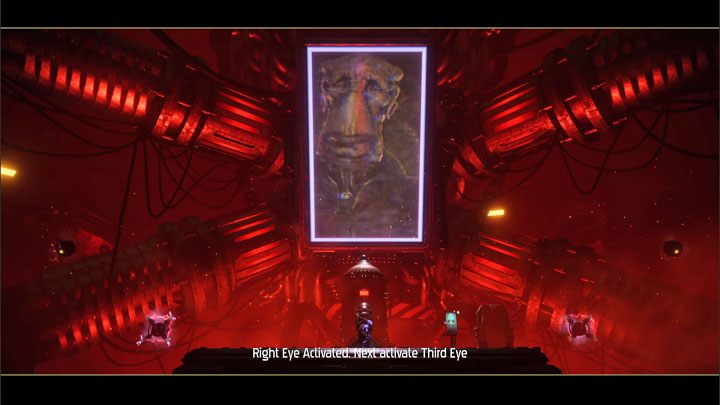 Interact with the Work Wheel.

During this stage, the strategy will be similar. First, jump over mines, then activate the power of Shrykull (for the third time) to get rid of new Sligs and finally jump over mines again. 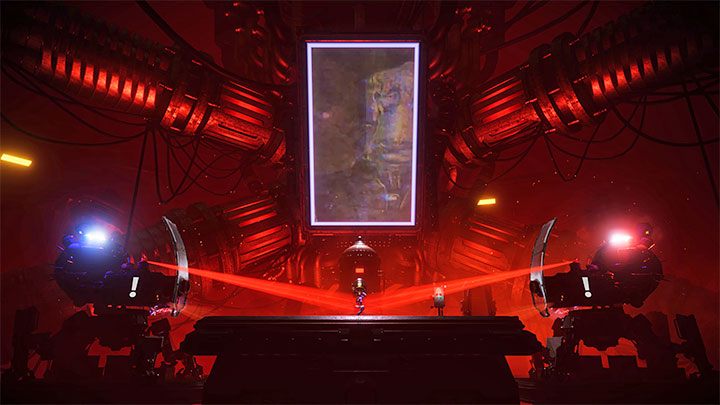 Interact with the Work Wheel once more. Two mechs will appear, which are the final bosses of the game. 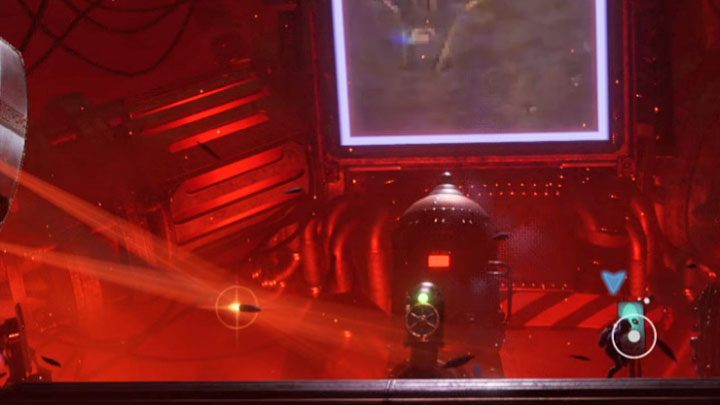 Once the battle begins, prioritize avoiding as many missiles fired by mechs as possible. A single hit won't result in instant death, but it's still easy to die. The missiles can be avoided by jumping and rolling. 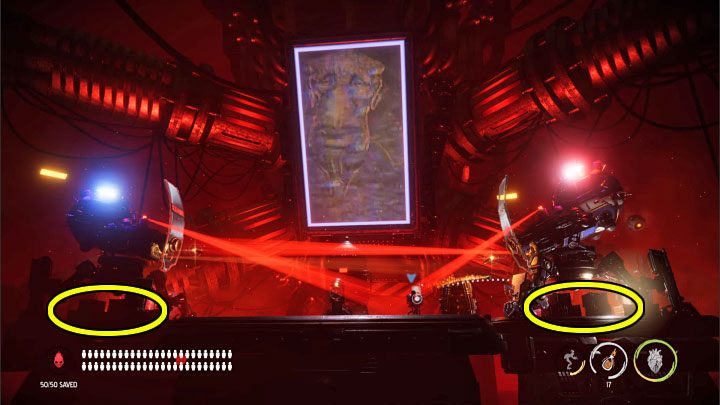 In order to destroy the mechs, we need to start fires under them. This is easiest to achieve if you have Brewnade cocktails - simply throw them in the area below the mechs. If we don't have Brewnades and can't craft them, then you can alternatively use a flamethrower or exploding cans of Fizzy Pow, for example. 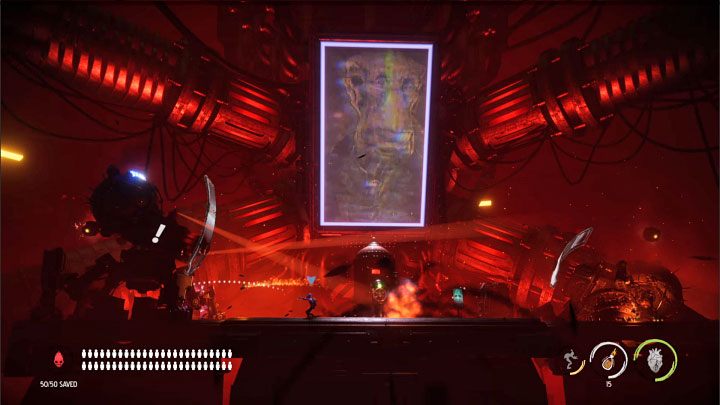 Focus down one of the mechs and attack the second one only after the first one is destroyed. This will make it easier to avoid single missiles. 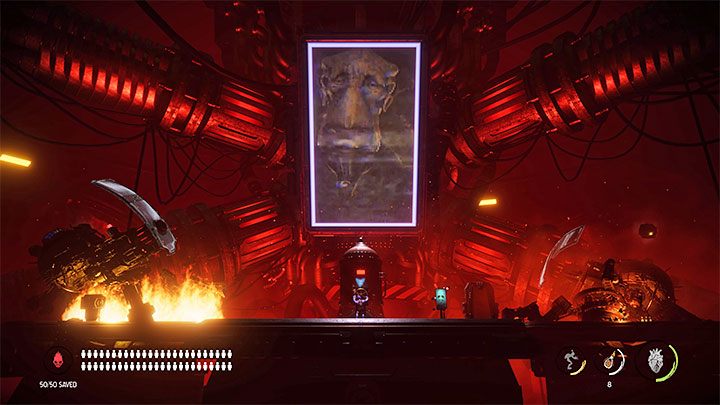 Once the mechs are defeated, all the final cutscenes will play and we will complete the last stage of the game.