This page of the Oddworld Soulstorm guide contains the first part of the walkthrough of Mission 17 - Eye of the Storm. Our walkthrough explains how to reach the Feeder, how to activate it and how to defend yourself against the Sligs attacking near the Feeder.

Additional note: The green color in this walkthrough stands for secrets and unique locations/activities associated with the badges (challenges) in the game. Mission 17 badges have been described on a separate page of the guide.

Unload the ingredients into the Feeder 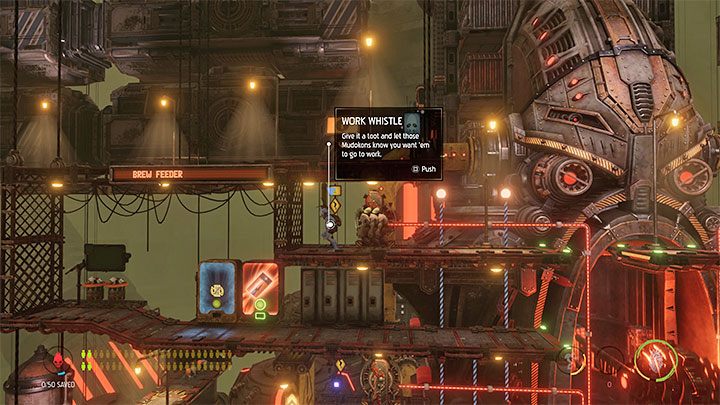 There are 4 Mudokons to recruit right next to the starting location of the mission. We will reach a room with the Feeder.

First of all, we need to put the Mudokons next to the 4 generators - 2 of them to the left of the Feeder and 2 to the right of it. After reaching each generator, order the Mudokons to use them by interacting with the work whistle. 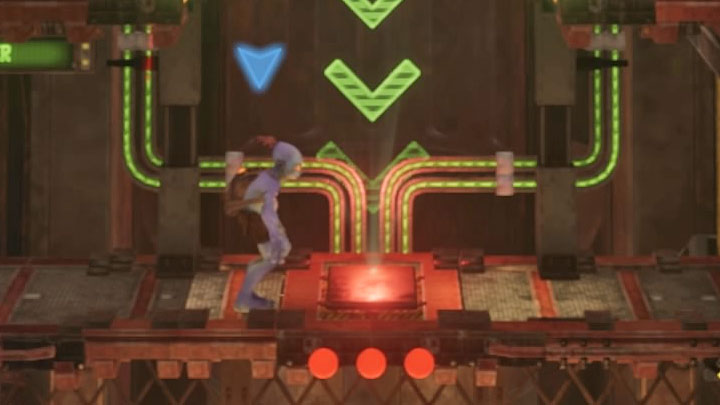 We can optionally take a look around the nearest area. Apart from the lockers, you'll find a recycling station and a vending machine selling batteries. Check out if you are able to produce stun mines. We could put a few of them around, but the following fight can be won without them as well.

In order to start the battle in this location, stand on the bottom red pressure plate.

Survive while the ingredients unload 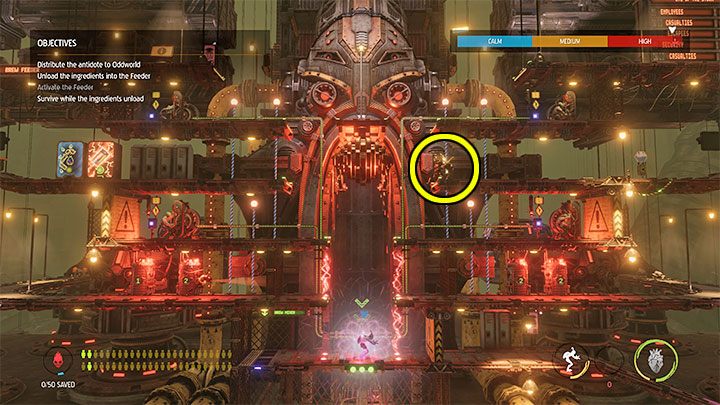 Once the fight begins, you cannot move Abe, because you won't be able to access the side platforms because of red discharges. Instead, we will use possession to survive this confrontation.

We use possession on the first Slig, which is the one that was shown in the cut-scene. 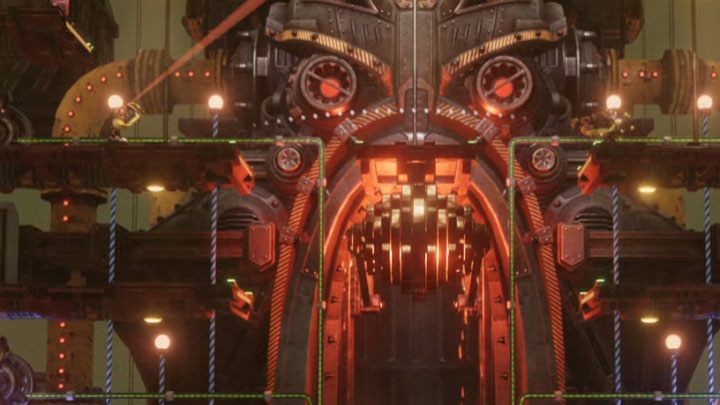 Our task is to use the possessed Slig to eliminate other enemies that will appear in this area. Here are some important tips: 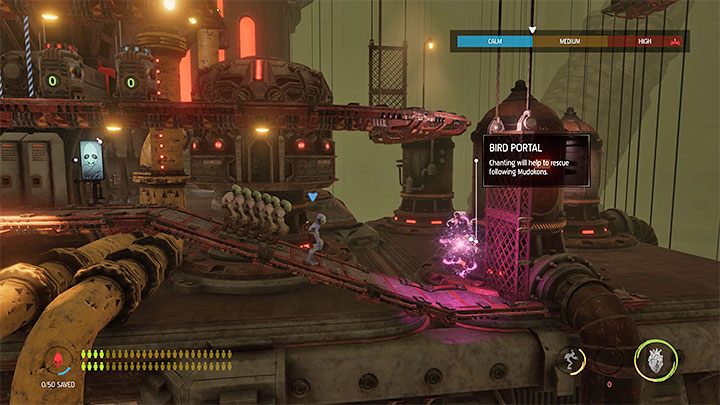 We must defend ourselves until we defeat all the Sligs coming from the guard houses. A short cut-scene confirming the fact of unloading ingredients will play.

Explore the bottom areas on the left and on the right, where there is a total of 4 Mudocons to recruit. On the upper right balcony, there's a row of lockers and other containers. The bird portal is in the lower right corner of this location.

Descend into the depths of the mixer 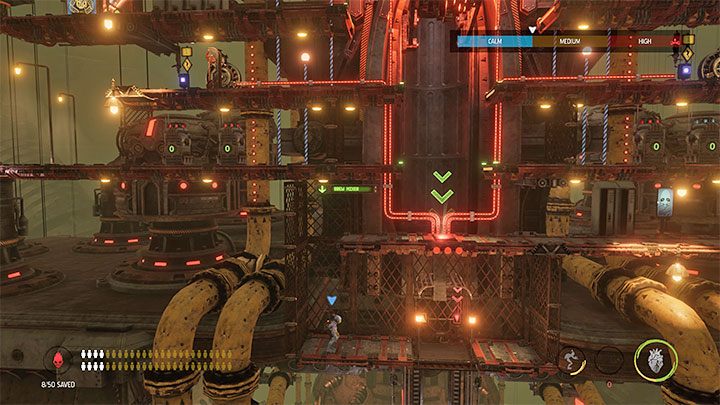 The exit from the Feeder location is situated under the red pressure plate, on which Abe stood earlier. Elevator access has been unlocked here.