On this page you will find information about the ending of the Observer game. The final decision is made after all the scenes associated with the old Chiron hotel have been completed and the hero has arrived at the virtual space, where his son Adam is waiting for the main character. 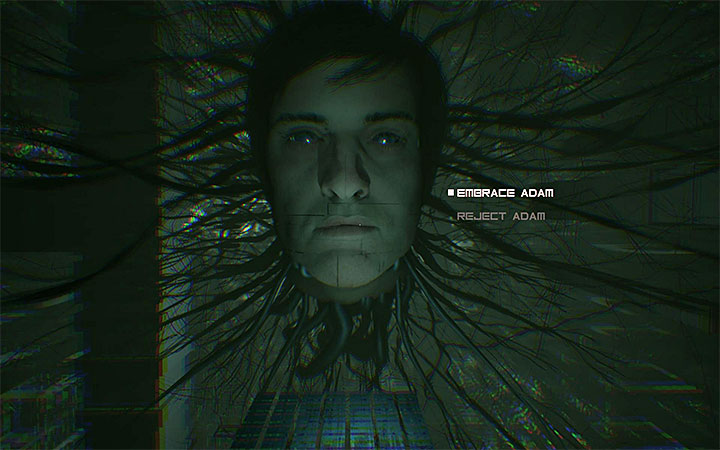 The finale of the game will begin with a series of cutscenes. You will only be able to control the main hero until you find yourself in a virtual environment. Go straight forwards, and after a moment you will reach Adam's large head and you will be able to talk to this character.

The conversation is initially linear and, as was the case before, you can use up all available dialogue options. You must also grab the wire. Only at the very end of this meeting will you be faced with your decision and this moment is shown in the picture above. You have two courses of action:

Note - If you want to watch the endings of the game one by one, then make a backup of your save files before the finale begins. This is very important because once you have seen one of the endings you will return to the main menu and the only available option will be the launch of a new game. In the PC version, saved game states are by default located in a hidden directory: 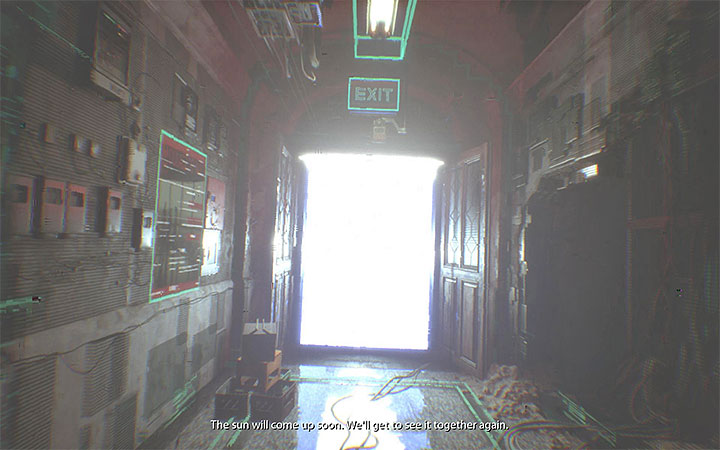 You can experience this ending by selecting the upper dialogue option (Embrace Adam) when talking to Adam. You will allow him to take control of Daniel's body and this way save him from the lethal threat of the virus. Once you have made your decision, you will be able to partially interact with the game during a cutscene, where you can e.g. try to alarm the caretaker (this action will fail). 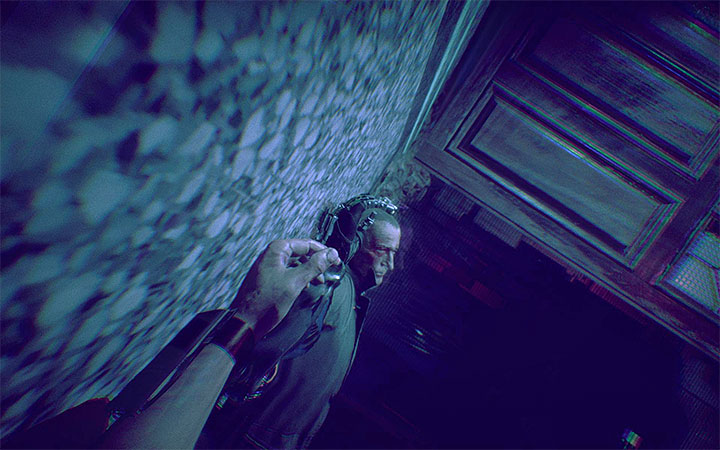 You can experience this ending by selecting the lower dialogue option (Reject Adam) when talking to Adam. You specifically deny his request to take over Daniel's body in order to save himself from his impending death. Once you have made your decision, you will be able to partially interact with the game during a cutscene, where you can attempt to stop Adam.

This site is not associated with and/or endorsed by the or Bloober Team. All logos and images are copyrighted by their respective owners.