In this mission you will lead Borgild of the Bear Clan. Your task will be to defeat Hrimgandr and reach the runecasting stone.

In this mission, it is important that you secure a steady supply of food. You will need it in huge amounts. This is because you will have to regularly take over areas rich in Rimsteel deposits. 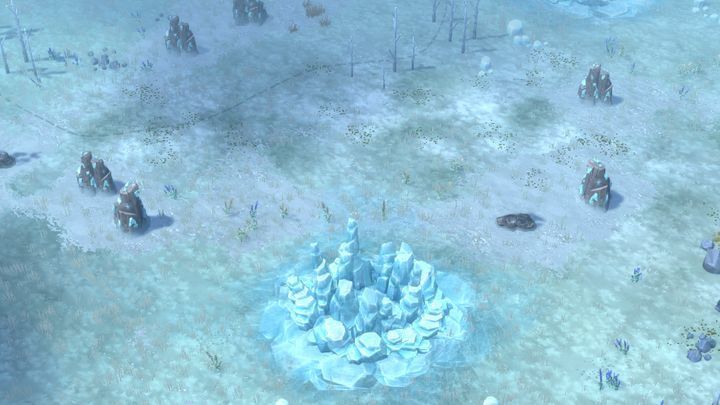 Rimsteel is a commonly found resource on the map.

Every colonization of such area will provoke Hrimgandr to attack. Although all the characters you have played up to this time will fight, at some point they will be forced to retreat. After every attack you will lose control over the territory and you will have to take it over again. Every colonization of an area with Rimsteel costs the same amount of resources - so it's somewhat easier to colonize them. 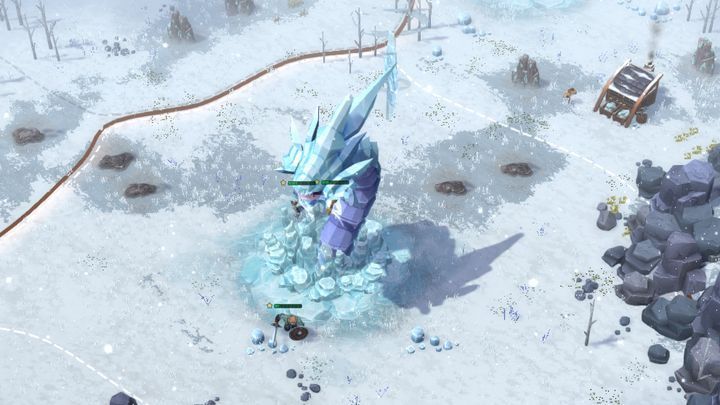 Battle with Hrimgandr is only taking place to distract attention from the miners.

It is worth gathering more food and colonizing several areas at the same time. This will delay the monster's activity. He can't attack another area until you lose control of the previous one. This will extend the life of the remaining areas and increase the output of Rimsteel.

A major bottleneck is also that Hrimgandr, after an attack, devours 25% of the Rimsteel resources in the area. This means that if you lose an area for the fourth time, its deposits will be completely exhausted. Then, you will have to go closer to the Runestone and take over the empty areas in order to reach them.

This site is not associated with and/or endorsed by the Shiro Games or Shiro Games. All logos and images are copyrighted by their respective owners.