In the Eye of the Beholder is the last main mission of the seventh region in Nioh 2. This page of the guide contains a walkthrough for this mission.

At the very beginning of the mission, you will meet William and Mumyo. They will help you during your last journey. Killing Yokai will be much easier when you are supported by two NPCs. 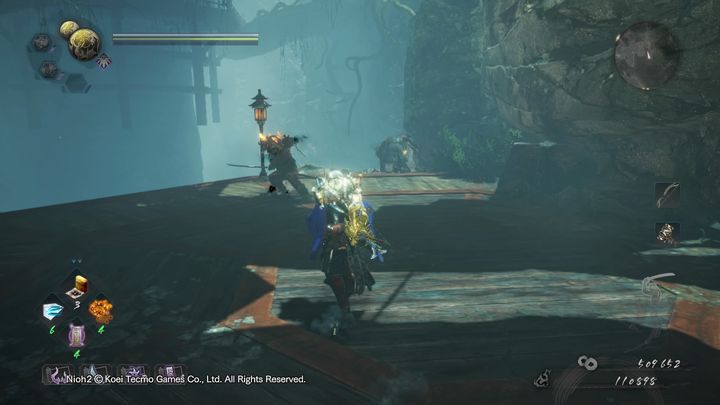 At the very beginning you can turn right from the shrine and go down with William and Mumyo. However, this is not necessary. You have to fight a few Yoki after you get down to the lower location. Also, watch out for one of them on the top left. He shoots at you from a safe distance. If you have a long-range weapon that inflicts heavy damage - use it and get rid of your enemy. 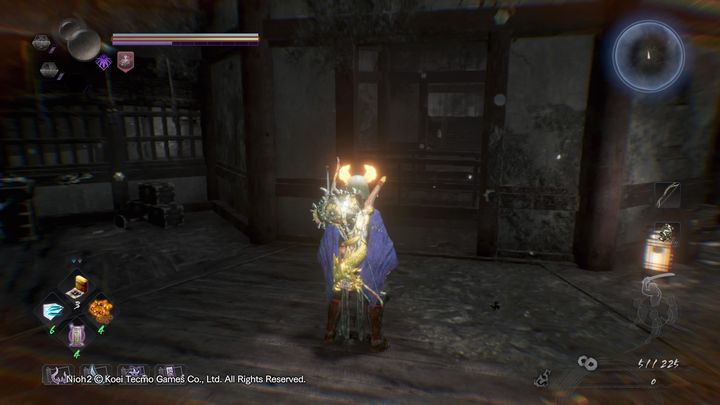 After defeating them, or if you prefer to go straight to the main boss, head straight ahead into the building. Jump down and walk straight through the balcony. Stay on the same floor you're currently on. Go outside while you're there. Then, head towards the containers with two Yoki inside. 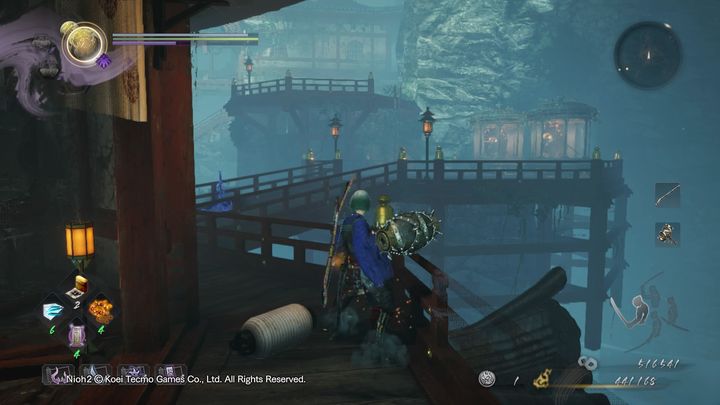 When you get close enough, they'll jump out of the containers and attack you. You can shoot them before they start the fight and they will lose some of their health. After defeating them, climb up the ladder. 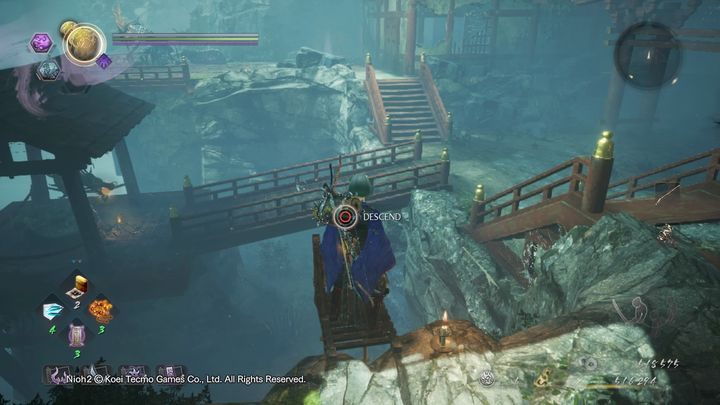 You're now in a very familiar location from your previous mission. While going down, you'll encounter Kappa. Once you've killed her, go upstairs again. To the left of the building there is a Mezuki. Fighting him is not important, but you can pick up a lot of items. After defeating him, enter the building. 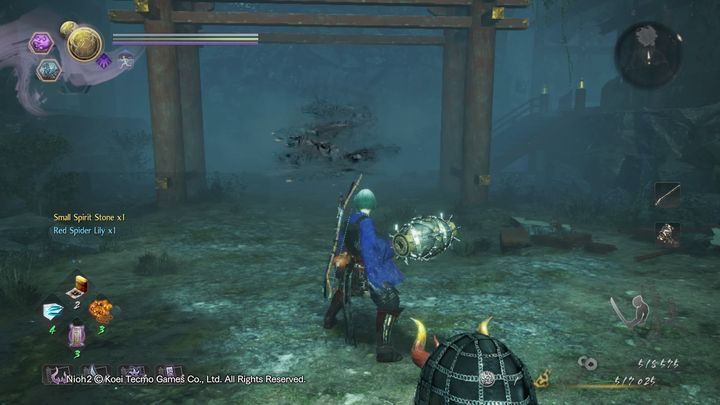 The entrance to the building is guarded by a Magatsu warrior. You shouldn't have much trouble fighting him with the support of two allies. Take the stairs to the right of the building. On the lower floor, you'll notice two Tessos. They guard a chest. After defeating them, climb to the top by using a ladder. 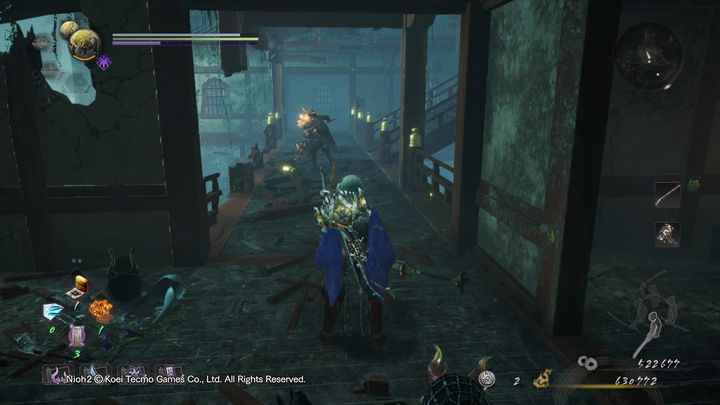 If you haven't shot down a Yokai soldier before, now you're going to have to fight him on the balcony. After defeating him, go ahead. At the end of the hall, on the left, there will be another Tesso. After defeating him, step back and take the stairs to the top, where you will spot Ubume and Tengu. 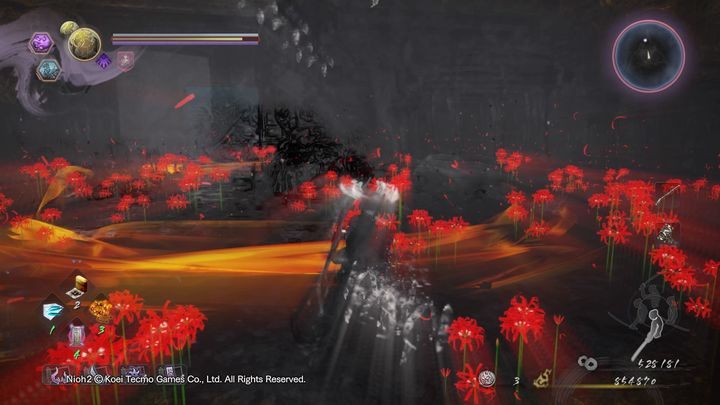 Shoot down the Amrita crystal that is being held by Ubume and immediately runs towards her to strike the final blow. At this moment, the land of Yokai and Tengu will appear. By killing Ubume, you will free the area from the land of Yokai, so focus on her first. Go through a gap in the wall - there is a second shrine nearby.

The second shrine is actually a passageway to the arena where you have to confront final boss of the game - Otakemaru. You'll find a lot of enemies on this path, but you can ignore them completely and run ahead. Even if you die, they will respawn all the time. 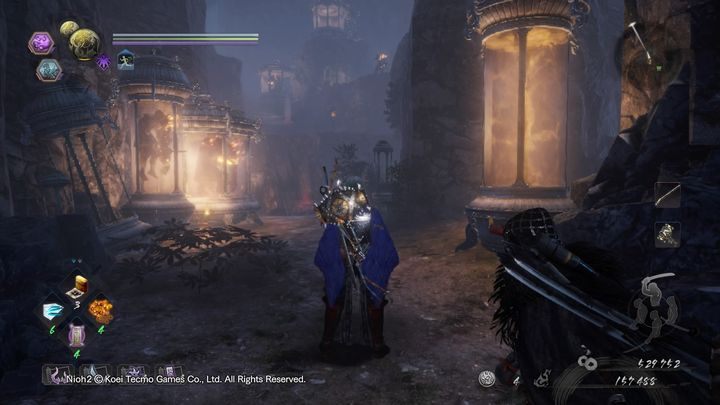 The only exception is the Magatsu warrior, who hides behind the fog of Yokai. It's worth defeating him, because he won't show up again if your character dies. 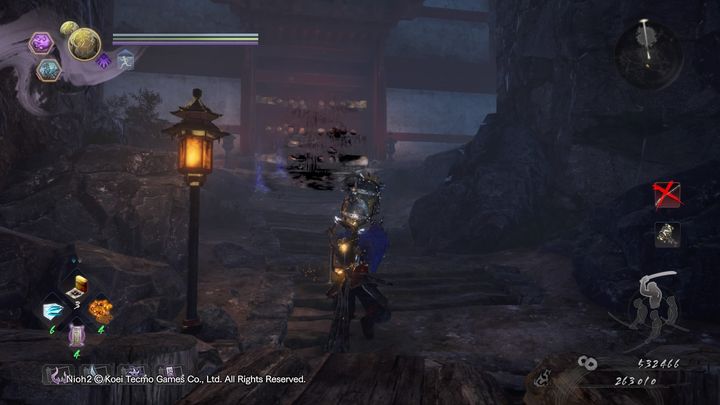 Otakemaru is behind the door. He is the final boss of the game. Good luck. We have prepared a detailed walkthrough of this boss fight on another page of our guide. It is worth checking it as this boss battle is one of the most difficult encounters in the whole game. Also, keep in mind that Mumyo and William are no longer helping you from this point on.