On this page of our guide to Nioh 2, you can find out how to successfully defeat a boss - William, who was the main character of the first part of Nioh. 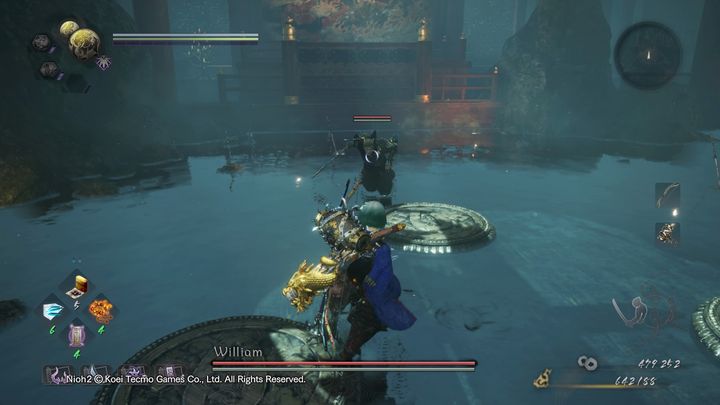 William is the main character of the first installment of Nioh. Fighting him is one of the easier battles. Although William can make quick attacks that deal a lot of damage, his defense is very weak, so you can win the battle by launching lots of attacks and powerful strikes. His Ki bar will drop quickly, giving you a free finishing blow. Just watch out for the arena, because it is very small location.

William attacks mainly with his katana or a spear. The fighting style is not very different from the more powerful human opponent. The basic swinging is his domain, but remember that he can use some skills typical of fighting with a katana or a spear. 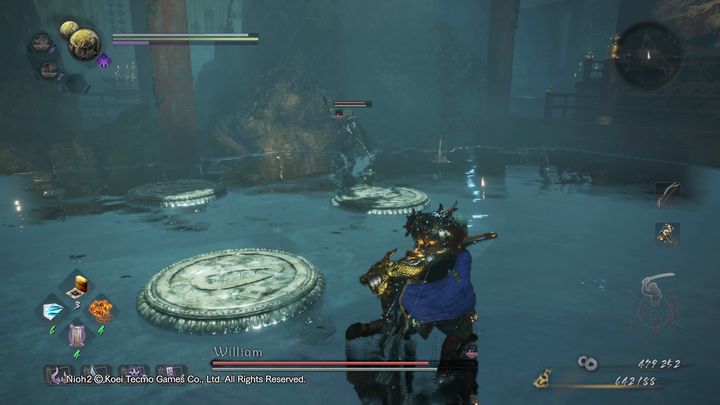 William can perform a Burst Attack, which activates William's combo. It's worth interrupting Burst Counter attack series to deal him heavy damage from Ki. Normally, this attack is indicated by a red flash.

William can also carry out an attack by using his protective spirit. After summoning him a small field of water will spawn under your feet. When you notice this attack, get out of this field. 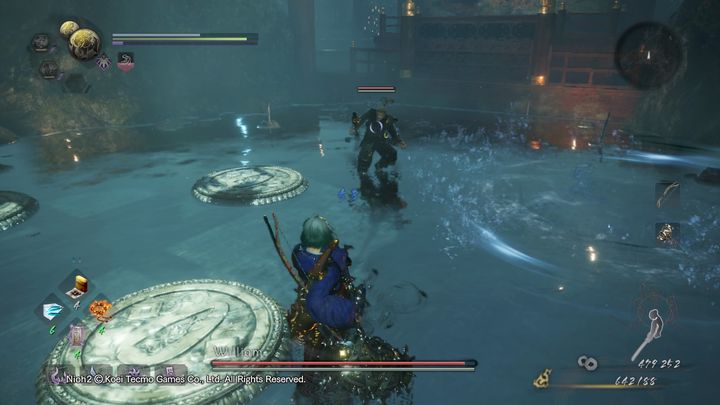 The boss may also apply water damage to his weapon in order to inflict additional damage of this type. 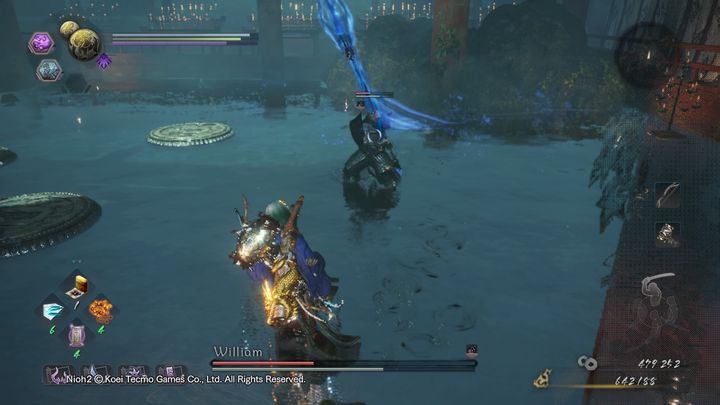 The best tactic is to either push on William or run away from him all the time, forcing him to use Ki - he will be unable to defend himself after carrying out an attack.