This page of the NiOh 2 guide has a strategy for Lady Osakabe, one of the bosses. 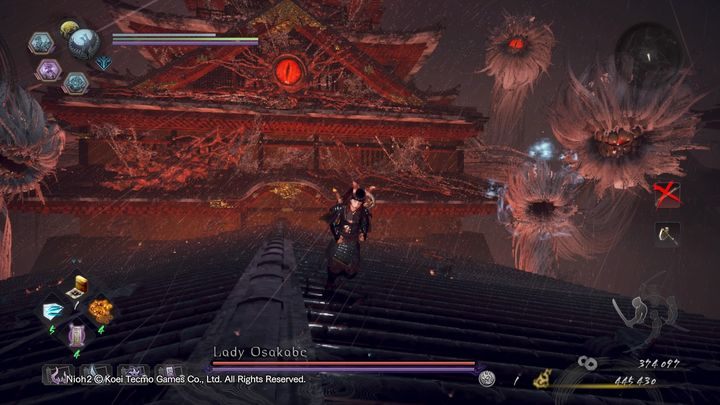 The fight Lady Osakabe slightly resembles the fight with Yamata no Orochi, the final boss of the first game. During the fight with Lady Osakabe, you have to come very close to the edge of the roof and attack her limbs. After damaging the four limbs, her Ki will drop to zero. This gives you a chance to approach the main limb and attack the boss's eye to inflict heavy damage. The boss is vulnerable to purity attacks. You can shoot the main eye from time to time when it is open to inflict additional damage.

Each limb uses a specific type of element. They mainly fire projectiles at you, which means you have to watch out for other limbs every now and then when you are focused on fighting a particular one. 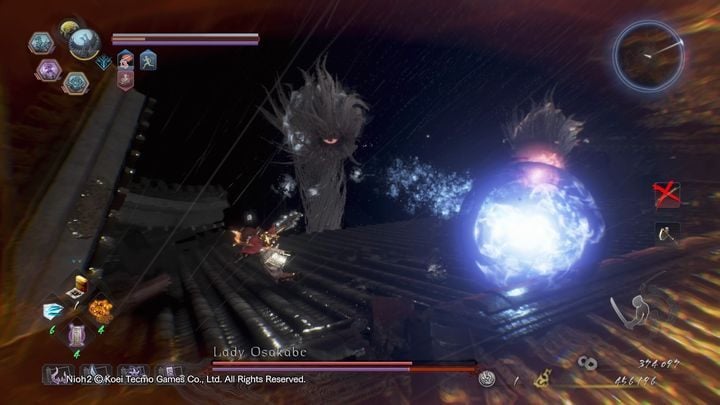 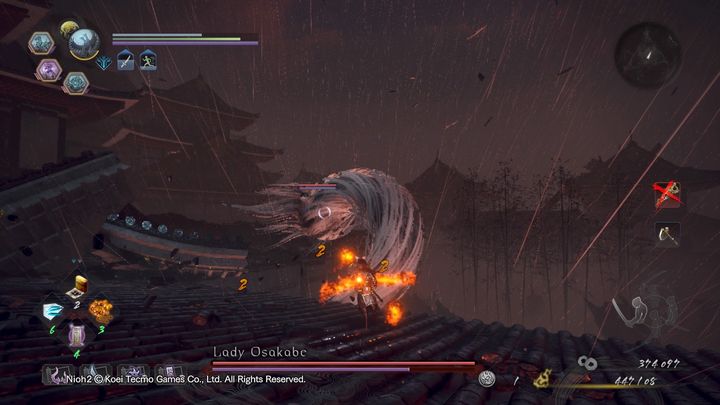 The fight is much more difficult at the beginning because you're being attacked by four tentacles at once. Remember that the defeated tentacle won't regrow until you defeat all four and cause the main eye to fall to the ground. 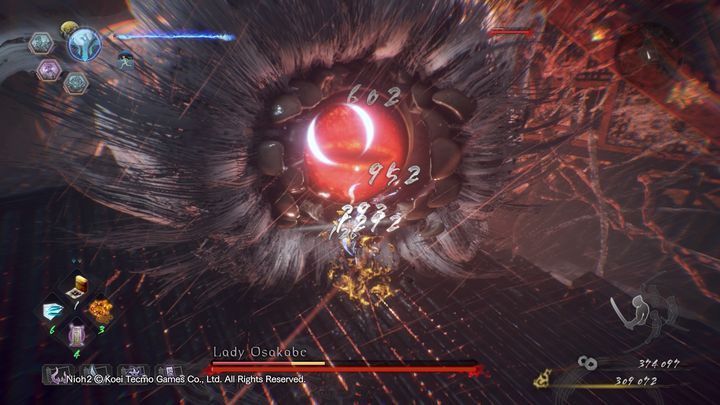 When you destroy the four limbs, the main eye will fall in the middle of the roof - you have to deal as much damage as possible in a short time. After receiving some damage, the boss will summon more limbs and create the Yokai Realm. However, the boss won't get new moves. It just makes it harder to regenerate your Ki, and the boss attacks are slightly stronger and more aggressive.