This page of the NiOh 2 guide has a strategy for Shuten Doji, one of the bosses. 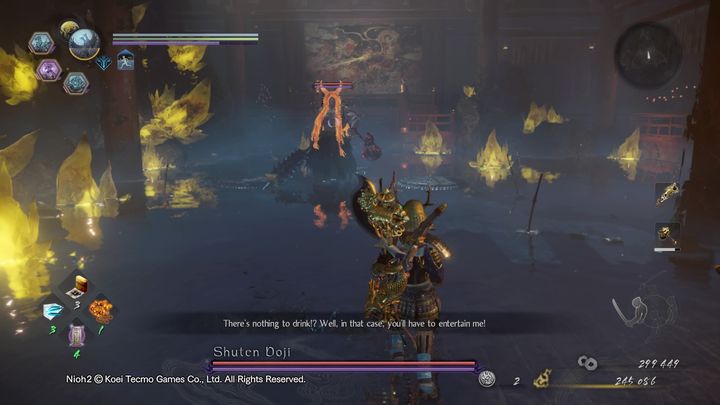 Shuten Doji is a huge Yokai who fights with a mace, fire, and his Sake. The boss's attacks are slow, but have a large range and inflict heavy damage. In addition, this boss can use his hair to perform a fire attack. It is worth noting that the boss can get drunk during a duel and fall to the ground, giving you the opportunity to perform a finishing attack.

In addition to standard sword attacks, Shuten Doji can perform a Burst Attack combined with a grab. The time window for executing Burst Counter is very small. Therefore, it is better to dodge sideways when you see that he is performing this attack. 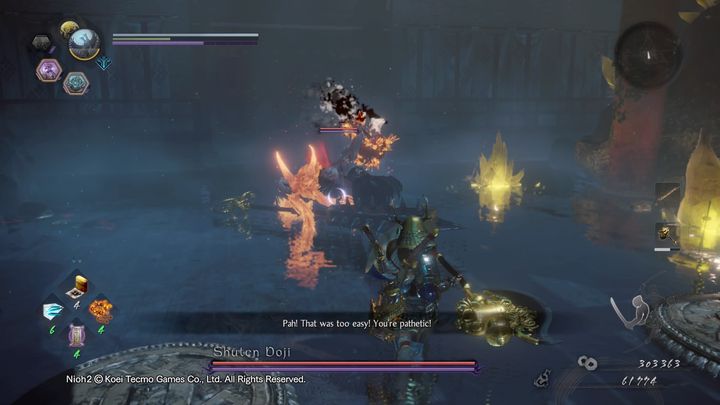 His hair can go up in flames - watch out for them. Usually, Shuten will stand still for a moment and then start waving his hair around. Keep away from the boss and use this situation to heal or inflict damage from a distance. 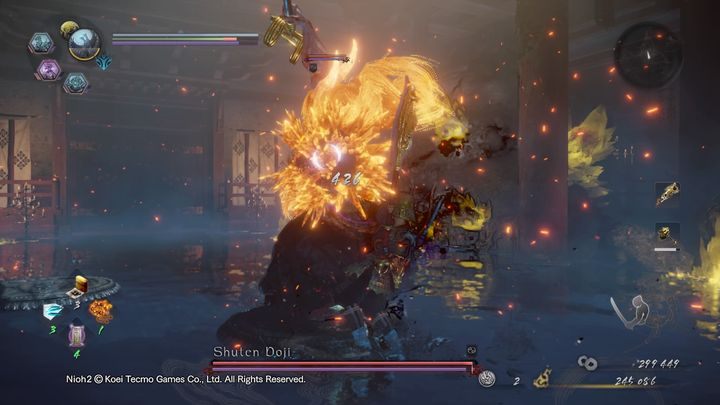 Shuten Doji can also perform another Burst Attack - he drinks from his gourd and then spits a flame from his mouth. You can do a Burst Counter or get behind him and attack. 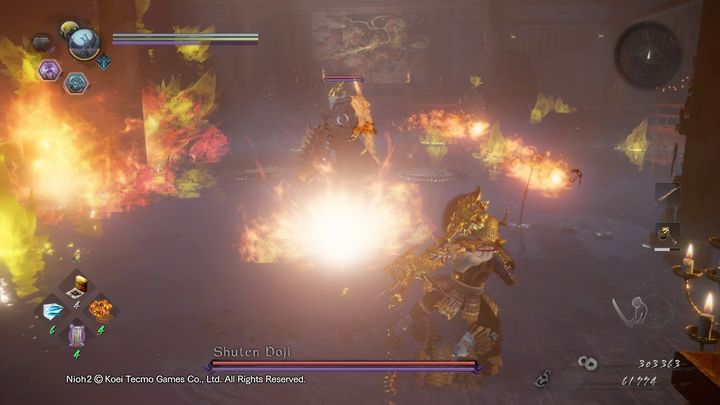 His next fire attack is about drinking from the gourd and spitting fireballs around him. When the fireballs fall to the ground, they leave flames that inflict damage over time. Stay away from the boss and wait for the fire to go away. 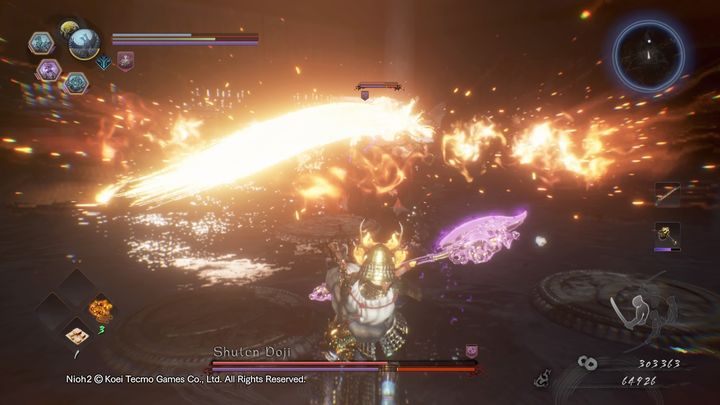 Try to attack his gourd because that's where the Amrita crystals are located. In addition, there are a lot of other crystals in the arena; when you destroy them, the entire Amrita goes to the boss's gourd. This allows him to inflict more damage, and the boss can then get drunk more often.