This page of the NiOh 2 guide has a strategy for Daidara Bocchi, probably the largest boss in the game. 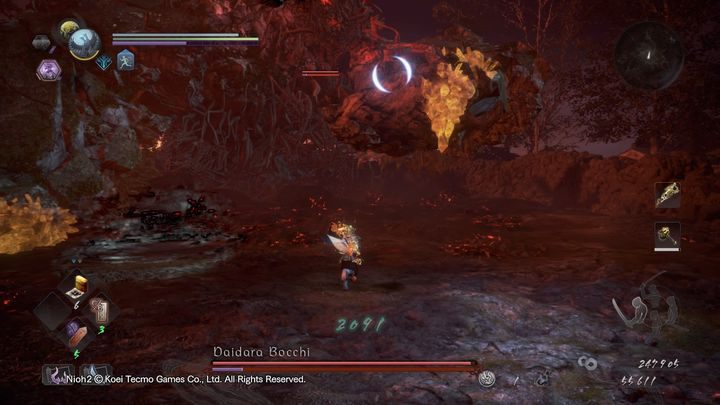 Daidara Bocchi is a giant-sized boss - this fight differs from the other boss battles. The entire duel is really about avoiding his attacks and attacking only his hands covered in Amrita. When you destroy the gems on his hands, the boss will fall. You have to get on him and execute a finishing attack three times. Try to use a weapon and items that deal area damage. Of course, you don't have to destroy all of his Amrita crystals with on a single hand. Every crystal destroyed lowers his Ki bar, so it doesn't matter which hand you attack. It is worth noting that the boss is vulnerable to fire.

Fighting Daidara Bocchi is very simple - you just have to destroy his Amrita crystals on his hands, dodge his attacks, and perform finishing techniques to inflict heavy damage on him. 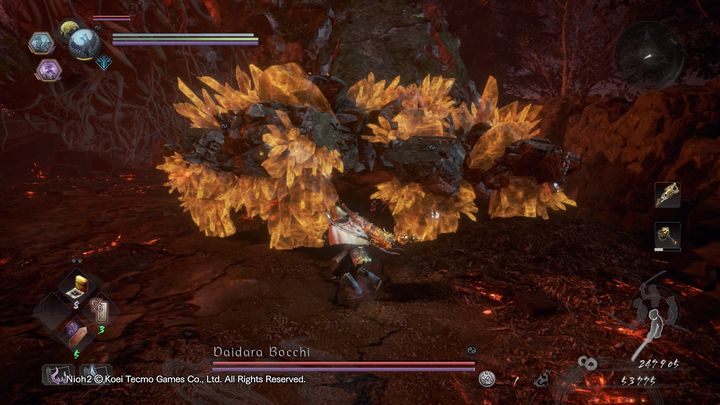 Daidara will mainly shoot yellow lasers from his eyes. His eyes light up before he uses this attack. Try to look at the boss's head - you will know where he is going to aim. To avoid this attack, hide behind his hands. 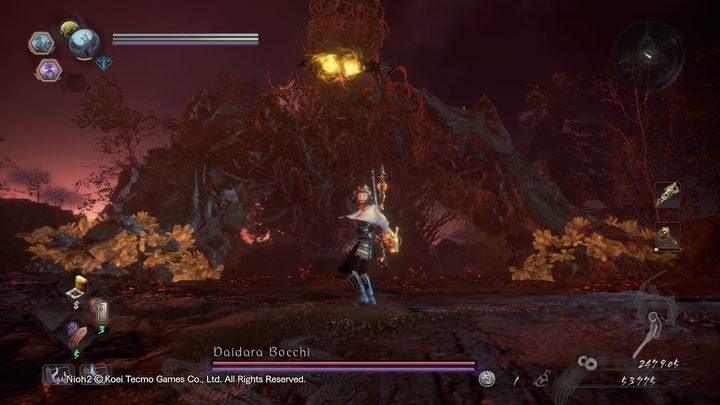 Daidara can also throw large stones at you after he drives his hand into the ground. You can see where the stones will fall - this is signaled by red spots on the ground. It is better to run rather than dodge this attack. 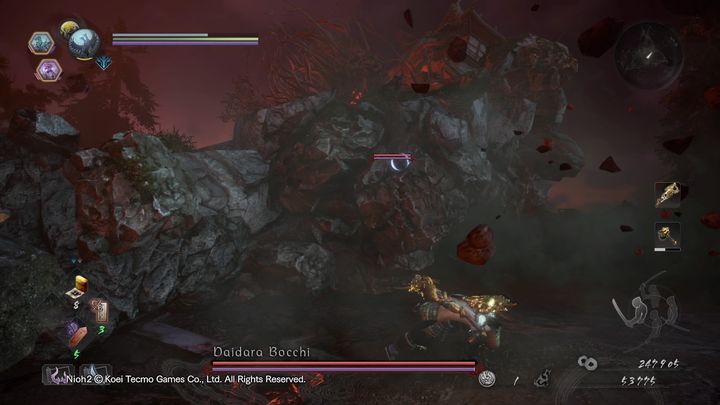 Daidara can also use his hands to crush you. Go as far back as you can. This is his Burst Attack - you can't counter it. Stay away from his hands when you notice them coming closer together and see a red flash. 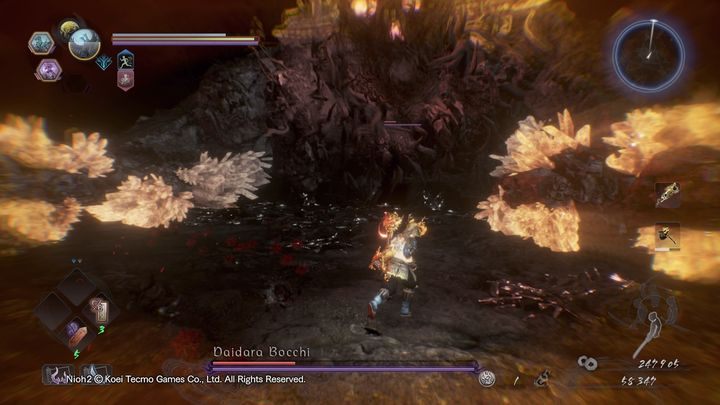 After destroying Amrita crystals on his ears (you destroy them when his Ki bar goes to zero), the boss will activate the Yokai Realm. Your stamina regeneration is reduced, while the boss attacks much more frequently. The strategy, however, is the same. Continue attacking his Amrita crystals. 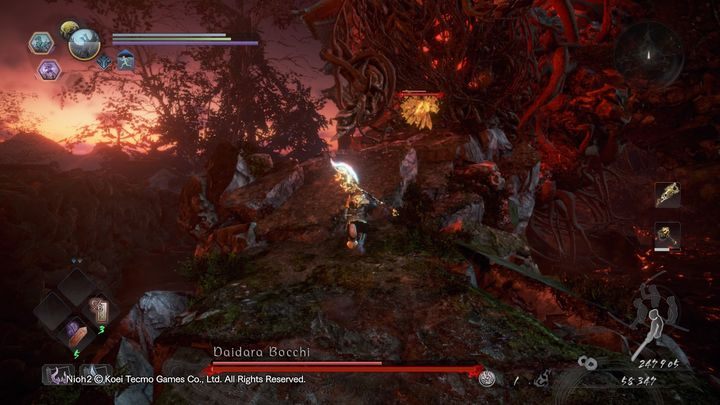 Every time his Ki bar drops to zero, go up his hands and destroy an Amrita Crystal. If you don't do this, his Ki bar will regenerate, and you won't inflict major damage to him. 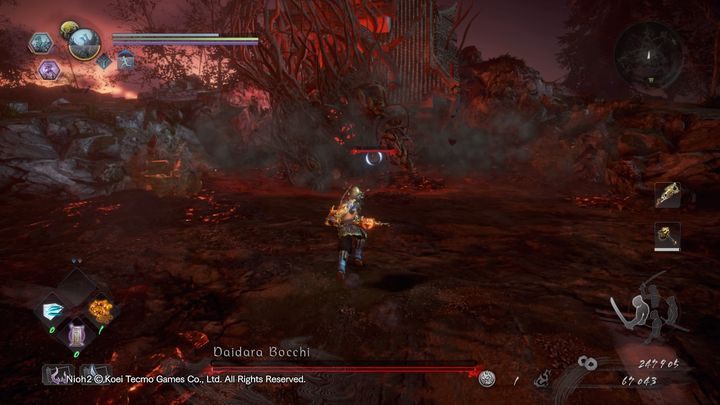 When his health and Ki bars drop to zero, don't run up his hands. Instead, approach his head and perform a finisher.