This page of the NiOh 2 guide has a strategy for Hachisuka Koroku, one of the bosses. 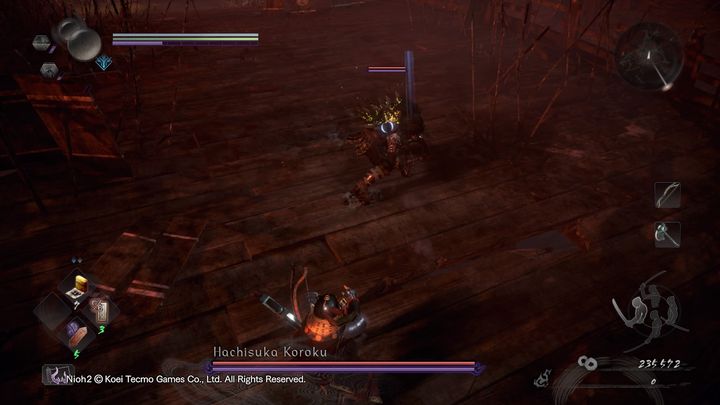 Hachisuka Koroku is a Yokai who looks like a human. You might have met him a lot earlier in other missions. He mainly uses kusarigama. His attacks are quick, and they have a great range. He can also use Yokai skills, like summoning hurricanes created by Kamaitachi. In the Yokai Realm, his back is covered in Amrita - this is his weak spot.

Hachisuka Koroku's combat style doesn't differ much from the moves familiar to the player who uses kusarigama. His attacks are very fast, and they have a great range. This boss can perform two attacks, or jump, strike with his weapon and then perform a second attack. 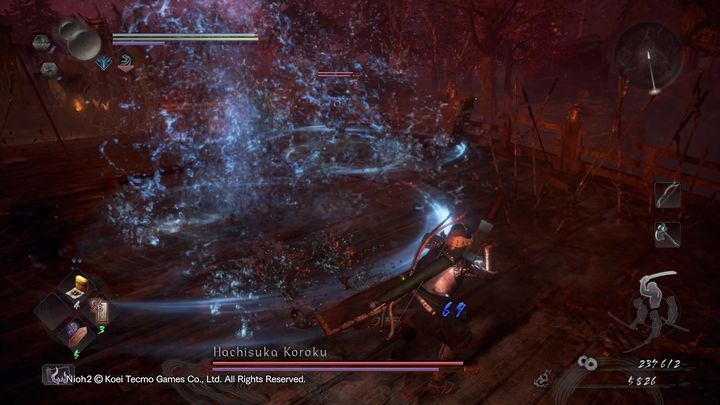 He can also use a Burst Attack during which he jumps into the air, attacks you with the kusarigama, then performs the third attack while landing on the ground. Burst Counter is only worth using only during his first attack, the jump. If you can't do that, it is best to block his second aerial attack and dodge the third one.

Hachisuka can also perform an attack during which he swings kusarigama in front of him at a fast pace. When you see him doing it, dodge behind his back and attack. 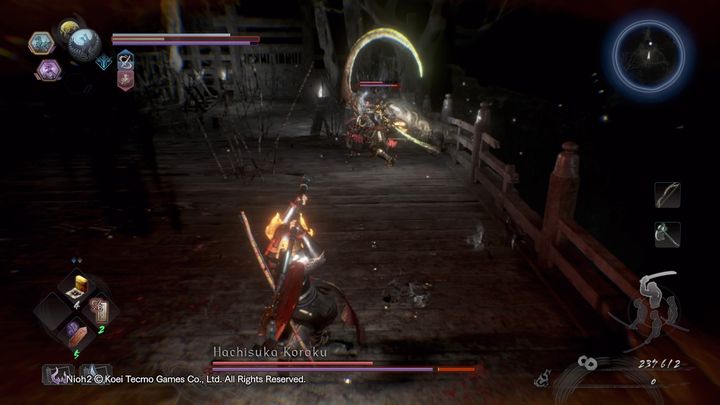 When the boss's stamina drops to zero, he will create a Yokai Realm and get much stronger. It is worth noting, however, that the armor on his back shines thanks to Amrita. Focus on attacking his back to inflict more damage. In the Yokai Realm, the boss can use Kamaitachi's skills - you have defeated this boss earlier in the game. He creates several Kamaitachi that fly in your direction, spinning and attacking with their sharp tails. In addition, the boss can also create tornadoes that will slowly head your way. As for Kamaitachi's skill, dodge twice to the left or right. Also, try to block these attacks if you have a lot of Ki. As for tornadoes, run in the opposite direction and wait for them to disappear. They don't do a lot of damage on their own, but they can be a nuisance.