This page of the NiOh 2 guide has a strategy for Tokichiro, one of the bosses. 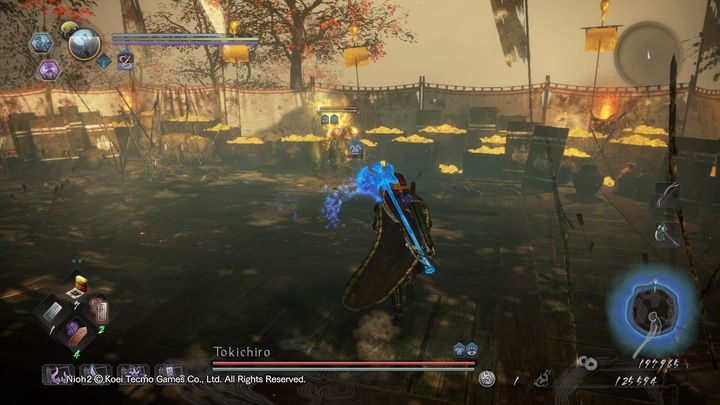 You meet Tokichiro at the beginning of the game. This time, you will have to face him. He wields two swords and a katana. In addition, he often applies fire buffs on weapons and he is resistant to lightning and fire. Since he is a human opponent, you can stun him multiple times with powerful attacks, so use mid/high stance. He can also be quickly poisoned or paralyzed.

Tokichiro often makes a move in which he takes out Amrita and then buffs himself before the fight. When you see Tokichiro doing it, run up to him and attack - he usually does that when you are away or at the very beginning of the fight. If the distance is too great, shoot him, or throw shuriken. 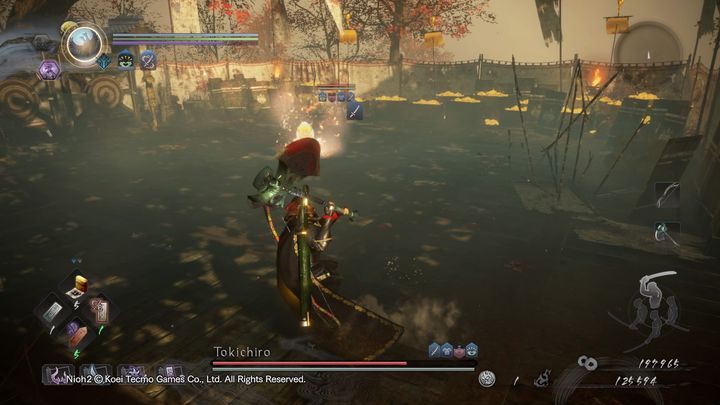 In addition to basic attacks for dual swords and a single sword, Tokichiro can summon his guardian spirit, a monkey. The monkey jumps from place to place, getting closer to you and dealing damage by jumping on you. When you spot the monkey, run in the opposite direction - keep doing that until it disappears. Then approach Tokichiro and attack him with strong attacks. 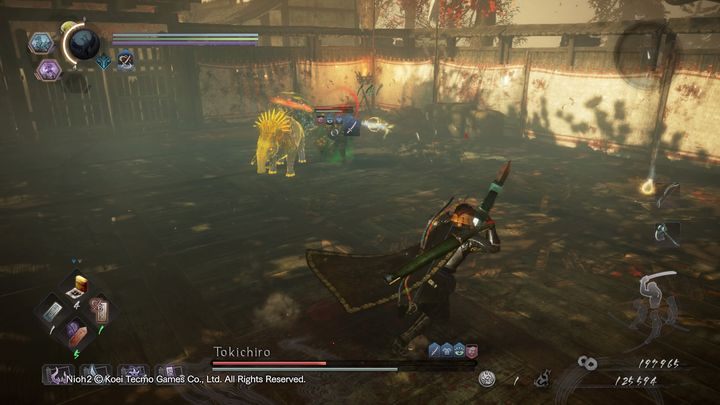 The boss can also summon another spirit, a boar. The boar creates an electric field in the arena that will cause lightning to appear. This attack can deal a lot of damage, but getting the Electrified status effect is even more dangerous - it slows down your movement and attack speed. When you notice small lightning forming on the ground, run away from the area to avoid damage. After avoiding this move, run up to Tokichiro and defeat him.

If you keep your distance, Tokichiro will use his fire weapon to perform a ranged attack. It will create a fire pillar in front of you. It is a linear attack, so simply dodge sideways and then attack Tokichiro.

His Burst Attack makes him spin in your direction, creating a hurricane around him. After spinning for a moment, he will release a lightning bolt moving in one direction. When he is spinning, keep your distance by going backward. When shoots a lightning, dodge to the side. You can also perform a Burst Counter. 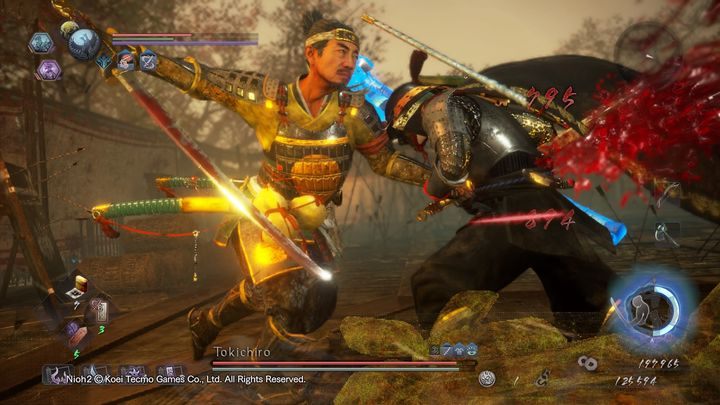 When Tokichiro crosses his swords, he enters a defensive stance that allows him to counter your attack and inflict massive damage. When you see that during the block Tokichiro is glowing and his swords are crossed, don't attack him. If you, however, do that, perform a quick dodge after his counter to avoid his devastating grab attack.

When fighting Tokichiro, you have to take the initiative and attack him with one or two powerful strikes to break his guard as quickly as possible. Ki damage is also helpful. When you do that, you can inflict a lot of damage on him by using a finishing attack. If you fight with an axe, you can use high stance and spam the strong attack - Tokichiro won't be able to attack and damage you.