This page of the NiOh 2 guide has a strategy for Shibata Katsuie, one of the bosses. 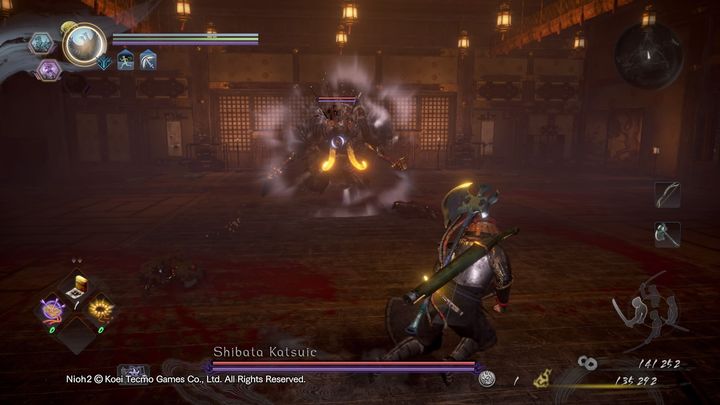 Shibata Katsuie is a large boss. He's the second boss in the mission Imminent Destruction. He fights mainly with two axes and a charge, which he performs very often to ram you. In addition, his attacks cause various bursts of fire, so he is mostly immune to burn dmg. Consider an armor that provides increased protection against fire. For most of the match, Shibata will mainly attack with the charge. His weakness is poison damage, so if you can try to deal that type of damage.

The first thing Shibata is likely to do at the start of the duel is charge your way. When he charges, make sure you're around the center of the arena - if you're close to a wall, he will change the direction towards you (to avoid hitting the wall). If you stay around the center, the charge will end before a wall. Dodge to the sides, for it's best to wait until the charge is over, and only then try and attack. 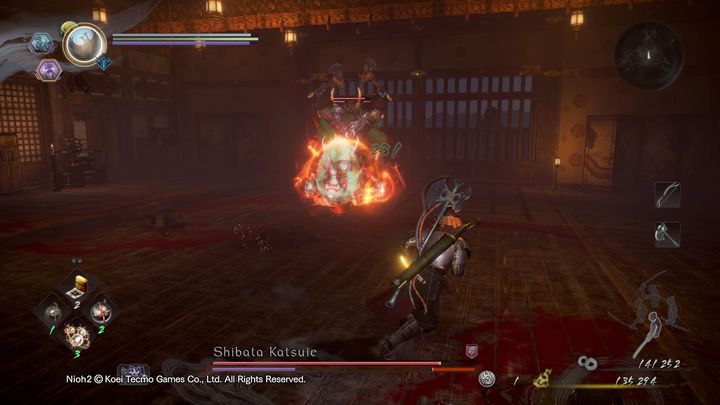 Shibata Katsuie can also summon the protective spirit, a fiery boar - it will charge at you, also leaving a fiery trail. In addition, Shibata can also use a charge towards you during those attacks, and when he closes in, he will attack with axes. The attack is very linear, though; avoid it by rolling sideways and paying attention to the fire trail. Try to be close to the boss as he is prone to several attacks after performing this attack. 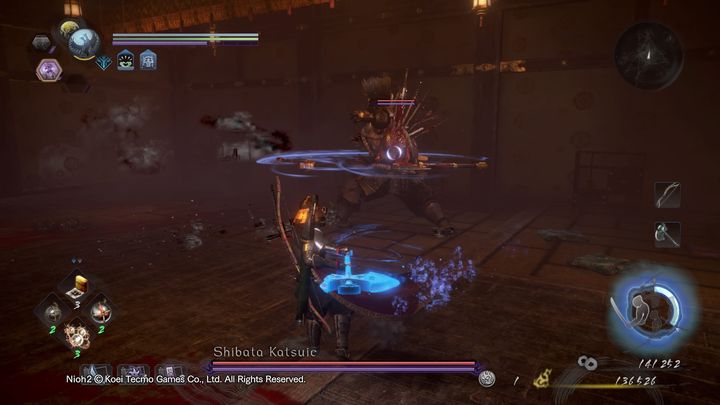 Shibata can also perform an attack that involves throwing his axes into the air, which will start spinning close to the boss, gradually getting away from him. In the initial phase of this attack, do not get close to the boss, as the axes rotate very near. Over time, the distance between the axes will be large, so you can go between the axes and run towards the boss and deal damage.

The Boss can also grab you during his charge, which is indicated with a black-and-white flame. The Te grapple has a big hitbox, and a very large range (the boss can execute it from from all corners of the arena) so it is imperative to be ready for this attack, dodge to the side, and punish his failed attack if possible. 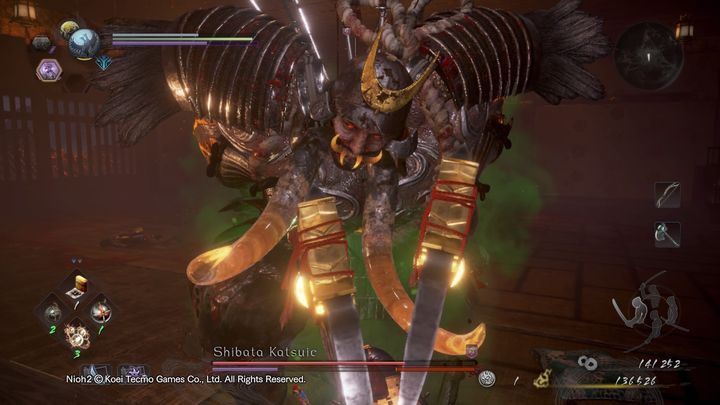 His Burst Attack involves him brandishing axes several times, of course telegraphing this attack with the red flash. The moment you see an axe swing towards you, perform a Burst Counter to inflict heavy Ki damage . 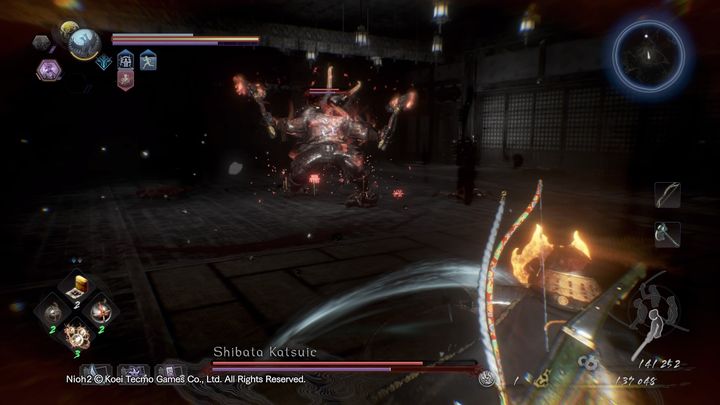 In the Yokai realm, Shibata Katsuie puts fire on his weapons (long duration), and, while performing the charge, leaves behind a wave of fire on the ground, which further increases the challenge. These are basically the few variables you'll notice in his moves. Remember that his attacks are stronger, and your Ki also replenishes more slowly. Manage your stamina well, to be able to avoid the deadly charges.