This page of the NiOh 2 guide has a strategy for Gyuki, one of the bosses. 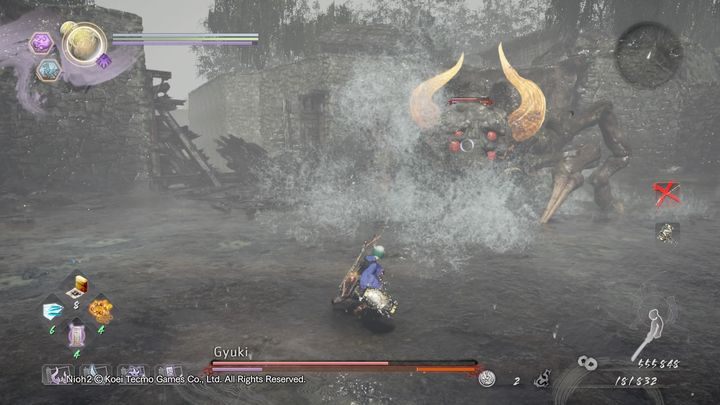 Gyuki is another huge Yokai boss with a beetle-like appearance. The boss's size can be intimidating, however, its big size works to your advantage because you can practically "get inside" it and attack the boss without fear. The arena also helps you a little bit, as there are stairs that you can climb and jump down on the boss's head, inflicting considerable damage. In addition, the boss's weakness is its legs where you can notice Amrita crystals.

Because of its size, Gyuki can be a much easier opponent to beat than you think. The most important thing is to be very close to him because its attacks have a very wide range. Because of this, many of the boss's strikes won't hit you. However, you have to be careful - this boss can jump into the air to inflict heavy damage or attack with its leg. Your main task should be to attack the legs, but if you focus only on them, be ready to avoid its leg stomp. You have to dodge the moment the leg drops. Deactivate lock-on and look up, or lock the camera only on the attacking leg. 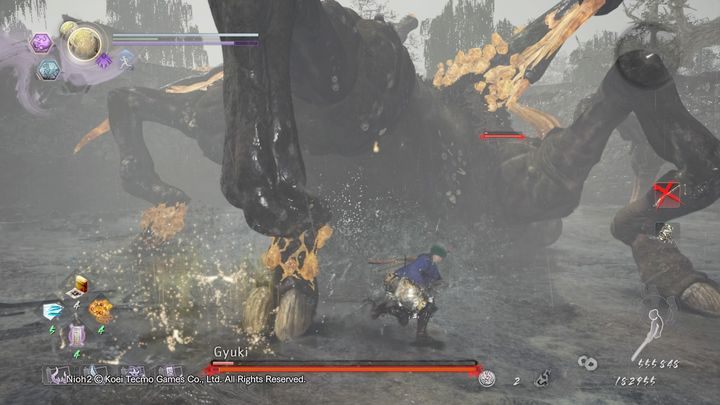 In addition to jumping and attacking with its legs, Gyuki can also perform ranged attacks, such as spitting poison. There is nothing complicated about this move - if you are away from the boss, it will fire a projectile that inflicts poison which causes damage over time.

Gyuki can also perform a Burst Attack, during which it flies towards you a very long distance in a short amount of time. This attack takes the boss some time to execute, and the monster uses it very rarely - Gyuki needs a lot of space to execute it. When you see it coming, perform a Burst Counter to inflict heavy Ki damage.

You can also help yourself by making use of the environment. The boss arena has a wooden scaffolding from which you can jump on the boss's head and inflict damage. However, be careful as you are not entirely safe there - if Gyuki performs a Burst Attack, it can destroy the scaffolding. 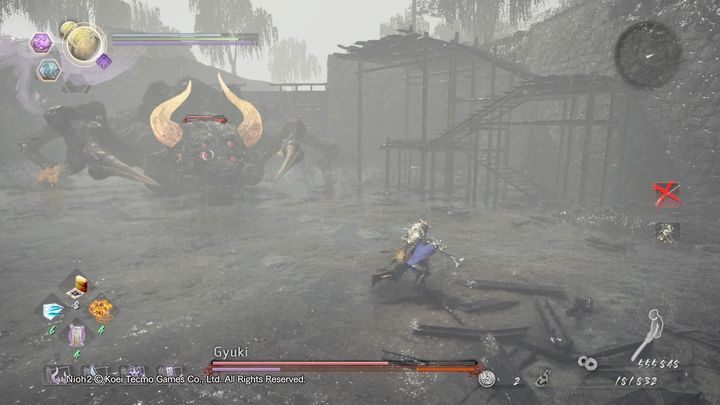 When your character is close to Gyuki's face, the boss can perform a grab that is signaled by a white and black flame. The boss needs some time to perform this grab, but due to its size, the attack has quite a range. Watch out for this grab because it can kill instantly - dodge to the side to avoid this move. 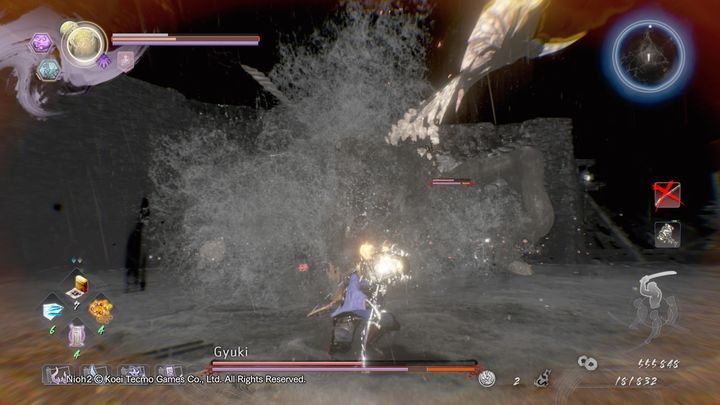 In the Yokai Realm, Gyuki evolves and gains wings that allow it to fly and jump more frequently. Plus, the boss will become a little faster and more dangerous. You need to remember that its wings remain for the rest of the fight, even after leaving Yokai Realm. 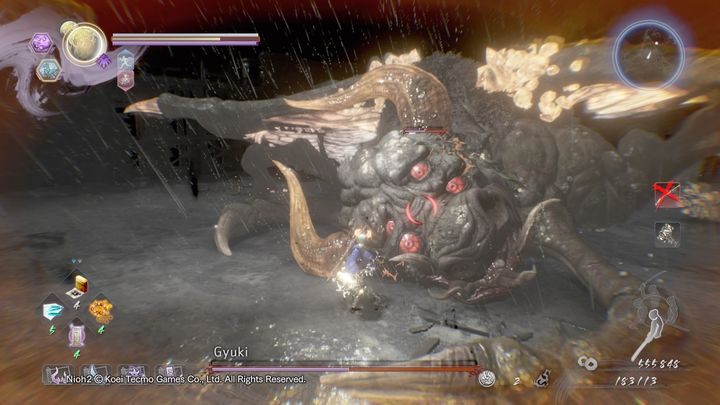 Every time you deplete the boss's stamina bar to zero, don't attack it anywhere else - perform a finishing blow to the head (see the picture). This will inflict a lot more damage. Gyuki usually falls to the ground when its stamina bar goes down to zero, and the quickest way to do that is by attacking its weak spots - the legs.