Sudama are one of the creatures that don't want to kill you. On this page of the NiOh 2 guide, you will learn who this creature is and what role it plays in the game.

Sudama is a corrupted form of Kodama, and you will recognize it by its purple color. Just like their pure counterparts, these creatures like to hide. However, they can be found near places affected by Yokai Realm. 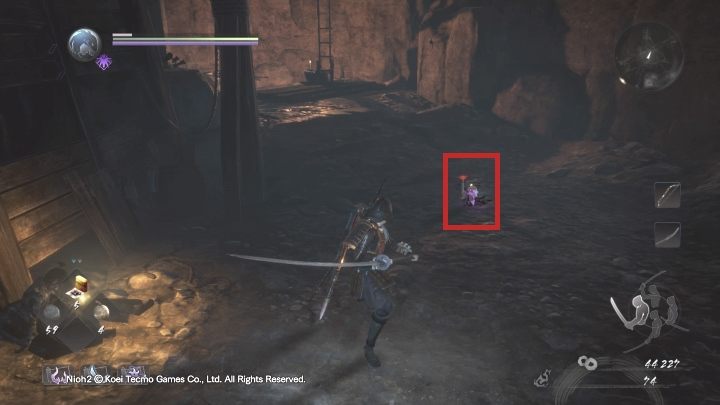 Unlike Kodamas, they cannot be sent back to a shrine. However, you can say hello to them and offer them an item - just drop the object next to the Sudama. The creature will approach it and offer you another gear as a reward.

Sudamas are associated with two trophies/achievements. The first is Sudama Swapper, where you just need to give them any item. The second is Friend to the Kodama. You need to get the Kodama's Soul Core, which can be done by offering Sudama a Soul Core obtained from any Yokai.