This page of the NiOh 2 guide has a strategy for Tatarimokke, one of the bosses. 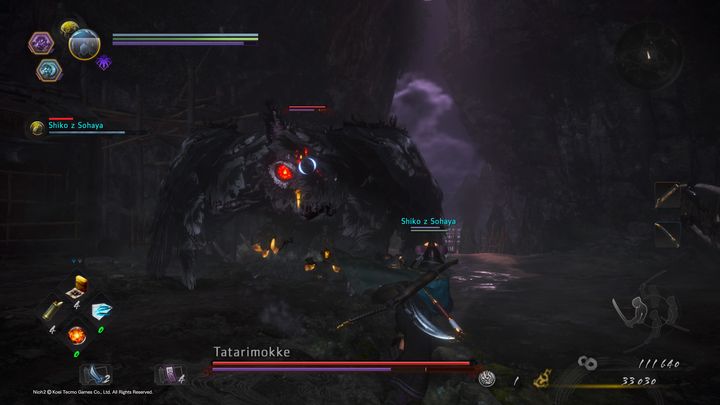 Tatarimokke is a huge Yokai owl that has many aerial attacks. The boss's weak spots are its eyes. It also has weak purity and fire resistance. The boss attacks with its wings, often hovering in the air, which makes Tatarimokke difficult to reach in some situations. You need to wait for the boss to land. There are urns on the arena - break them to get purity buff for your weapon.

Tatarimokke, as befits an owl, is a boss that relies on air attacks. During one of them, the owl flies around while holding a black soul in its claws, which it releases in your direction after a while. These souls follow you for a long time, but you can attack them with weapons to make them disappear. Also, they don't follow the player very well if they are close and you decide to go sideways. When Tatarimokke lands, walk up to it and start attacking. 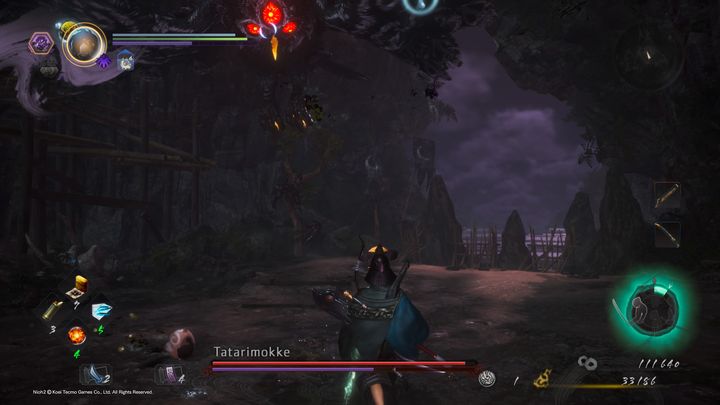 Tatarimokke can also perform an aerial grab that deals tremendous damage. This attack is done in a straight line but it has a long range - make a quick sidestep as it flies towards you and then counterattack. The attack is telegraphed with a black and white flame. 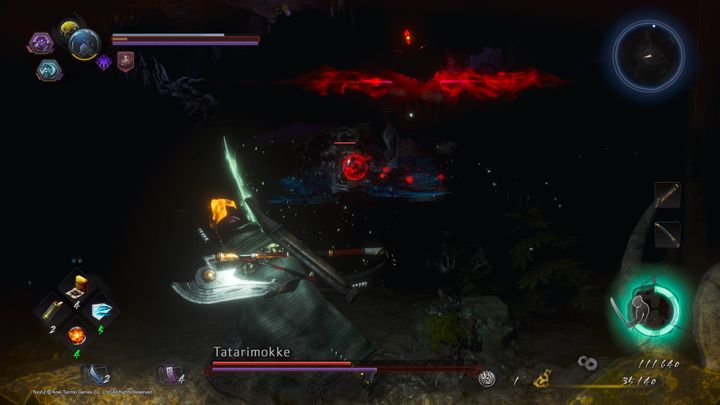 The boss can also perform a Burst Attack from the air. When it turns red, it will fly into the air, hang there for a moment, and fly at you with full force. When you see its beak close to you, make a Burst Counter to deal it a lot of Ki damage. 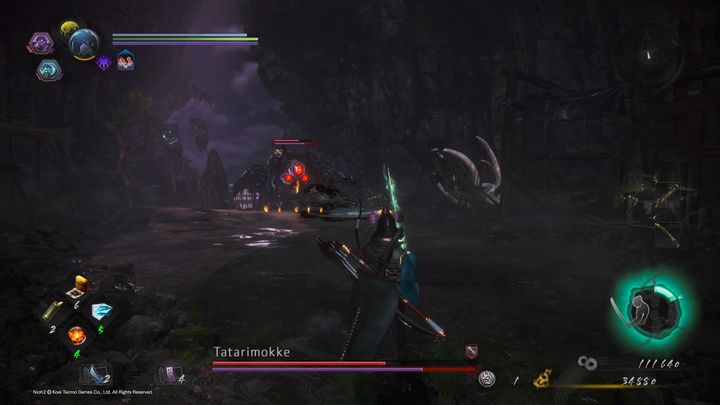 However, this doesn't mean that Tatarimokke is defenseless and doesn't attack while on the ground. When the boss is on the ground, it will follow the player and attack mainly with its wings and beak. It is worth waiting until the boss stops attacking, and then make a counterattack. You can also approach the boss and be very close to it - some of its attacks will not hit you even if you are very close.

Tatarimokke can sometimes surprise you - it can turn its head 180 degrees and shoot a red laser at your character. This is a quick long-range attack, but it attacks in a straight line, so you only need to dodge to the side when it starts using this attack.

The owl can also shoot several kunai in your direction while in the air. This attack has a wide range, but dodging at the right moment should protect you from taking damage. However, it is best to block this attack - because of its wide range, not all of them will hit you. Dodging will cost you a lot of stamina.

Yokai Realm makes Tatarimokke more aggressive. During the battle, the owl creates a red ball in a random place, which then forms black souls. If you destroy this ball, the boss's stamina will drop to zero, and it will be stunned for a short time. Be careful not to focus only on attacking the ball, as the boss can still attack and kill you.