This page of the NiOh 2 guide has a strategy for Saito Yoshitatsu, of the bosses. 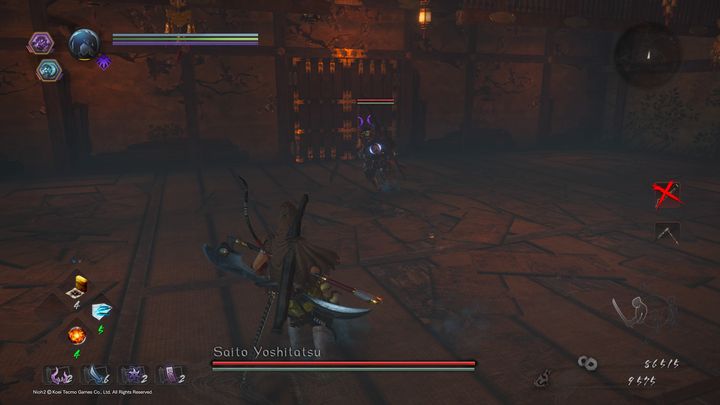 Saito Yoshitatsu is the second human boss in NiOh 2. Even though he is human, he can use Yokai Shift, including Feral and Brute forms. In battle, he uses an Odachi and two swords. When he uses Odachi, his speed gets reduced. However, he can deal much more damage in a short time. Dual swords make his attacks much faster. A good idea to fight this boss is to remain in the mid stance.

While using two swords, Saito will try to reduce the distance between you and him. He often makes a quick slash during which he covers a few meters fast. He lunges at the player, piercing them and ending up behind the player. Saito can use the same attack with Odachi. when you see purple forms/clones forming behind him, it means that he is about to perform this technique. Dodge to the side at that moment. You can also try to block it. It is better to perform a dodge - you will get behind him and deal some damage. 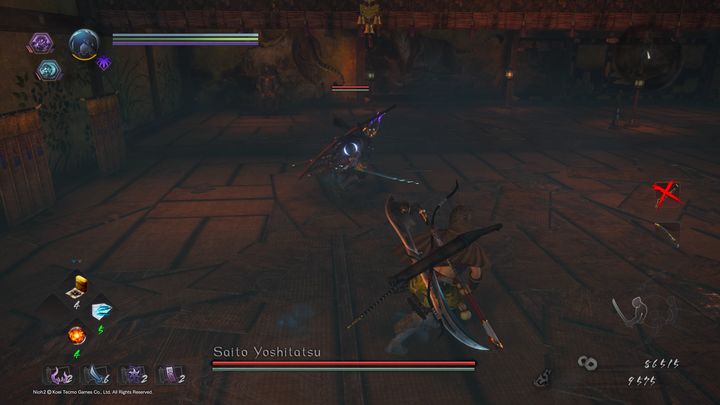 Saito performs a spinning attack that can be unlocked by players who fight using dual swords. Saito begins to make a small airwave around himself and spin around his axis. It is best to attack him after the attack animation is over. Getting behind him during this attack isn't a good idea. Dodging backward is a better choice. 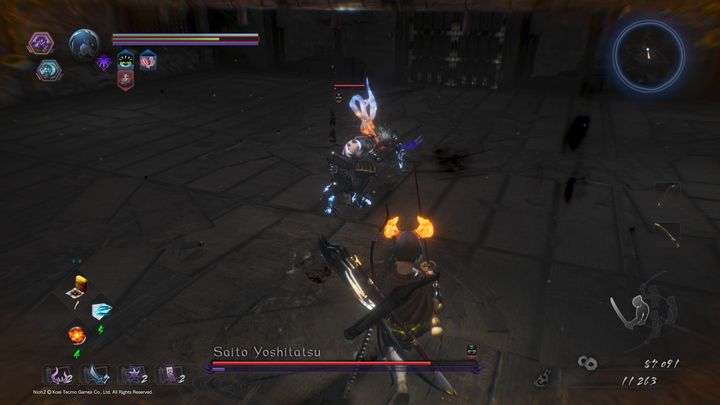 From time to time, the boss will use Yokai Shift. This makes him pretty dangerous. If he turns into an electric type (blue color), his attacks are very fast and quite long. You have to wait and keep dodging his attacks until he is done. Then you can start attacking the boss. His balance is weak, so you will be able to attack him freely without any negative consequences. When he turns into a fire type Yokai (red color), his attacks will get slower. However, your attacks won't have any effects on him. Therefore, it is better to get behind his back and perform two attacks in a mid or high stance. If you try to perform more than two attacks, you will endanger your character. 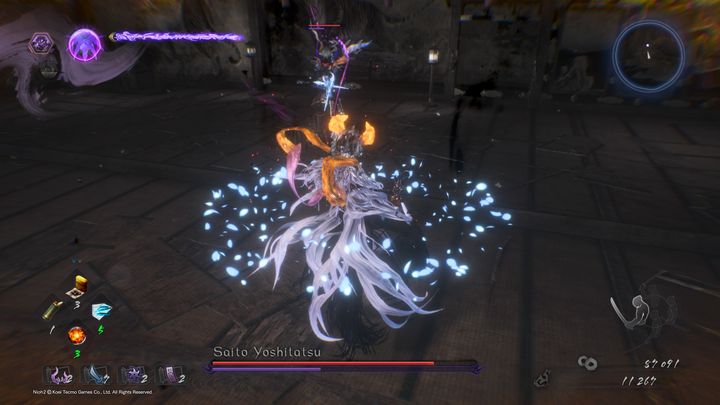 When Saito is using Odachi, his attacks get slightly slower. He also likes to use high stance with this weapon. He can perform one powerful slash and 4-hit combo that deals a lot of damage. Fortunately, these attacks aren't fast, so you can easily dodge them and attack the boss. His attacks are usually done in a straight line.

While using Odachi, Saito can also use a grab attack. The range of this attack is very small and it isn't fast. Expect him to use this move when you attack in rapid succession, even when he blocks your strikes. It does quite a lot of damage, so keep that in mind.