The Forest Veiled in Darkness is the first side mission in NiOh 2. During it, you will have to explore the territory controlled by bandits. This page has a full walkthrough for this quest.

Contrary to appearance, the path to the goal is easy. All you have to do is follow the path on the right. There you will encounter an archer lying on the ground. Kill him and then stand on his post and shoot the archer located on the bridge. You can also kill a less armored Rogue located under the bridge. Lastly, take care of the well-armored opponent. 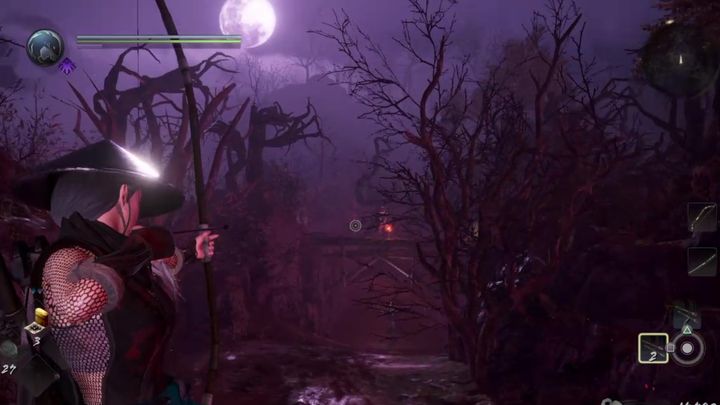 Then follow the path that the group was patrolling. At the fork, turn right to find a shrine - pray at it. The path leading from the shrine to the goal is simple - go straight, jump off and deal with the Rogue standing nearby. The path directly from the rock ledge will lead you to the goal. 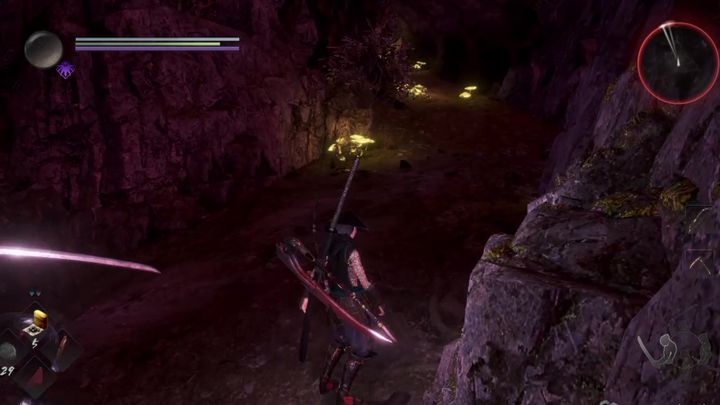 Kill three Gaki and Enki to complete the mission. Gaki will appear first. First, eliminate the opponents located further away from the tree - don't let the battlefield move to the hill. Thus, the third opponent will simply throw burning projectiles at you. 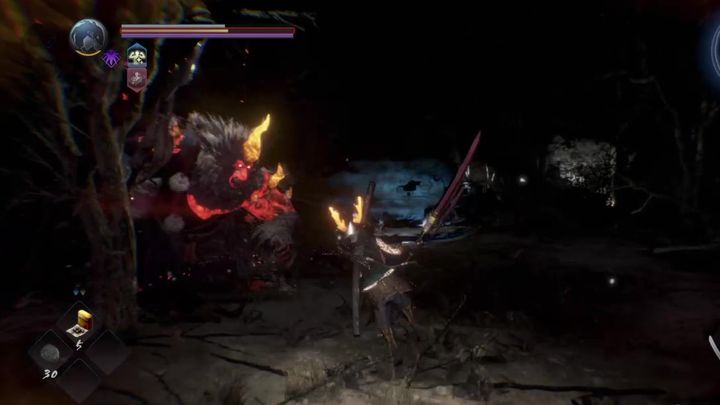 After that, you will encounter Enki. Don't forget to keep your distance and approach him only after he finishes attacking. If you have sacred arrows, you can use them - the opponent is vulnerable to them. You should also use the nearby hill - it is useful in dodging attacks. Jump off it to get out of reach of the enemy's blade - he will be standing above you. Win this fight to complete the mission.