On this page of the Nioh 2 guide, you will learn how to defeat Kamaitachi 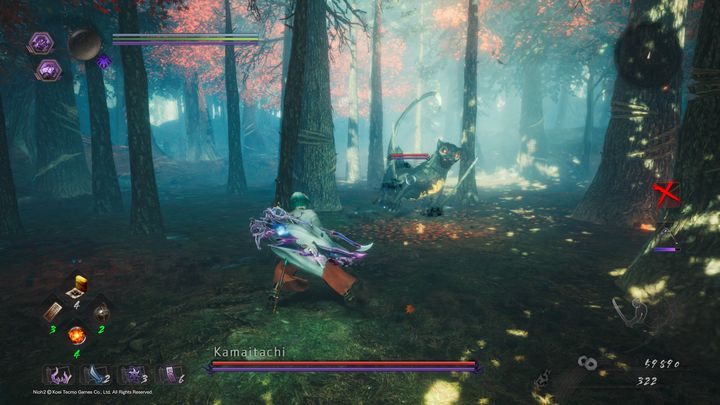 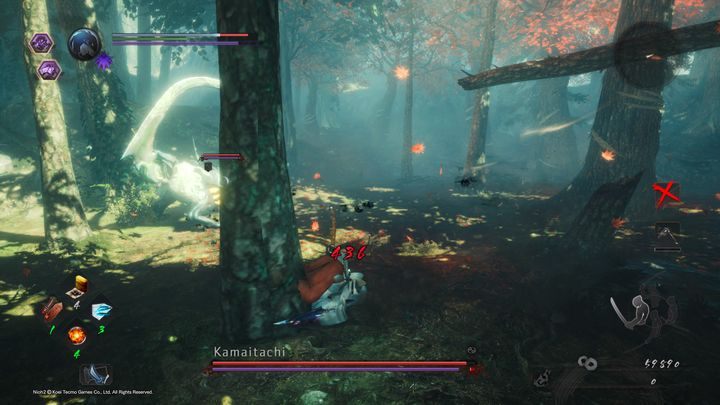 Kamaitachi is a boss who mostly relies on quick attacks with his blades and aerial attacks like e.g. hurricane. It is resistant to statuses such as corruption, lightning, or poison. It is good to deal with him with a status on your character. This boss can climb surrounding trees and make quick attacks from them, flying towards you and rotating at the same time. Trees can protect you from some attacks, but they are not permanent.

The fight with Kamaitachi is very dynamic, the boss often makes very fast cuts and approaches the player with high speed. One of the great times to heal yourself during a fight is when the boss climbs a tree and makes more attacks from there.

When you are near him, he will usually make 3 attacks, 2 cuts with his hands, and one with the tail. With the first two cuts, you can be close to it and attack it, while with the third one, it's better to back off a bit. 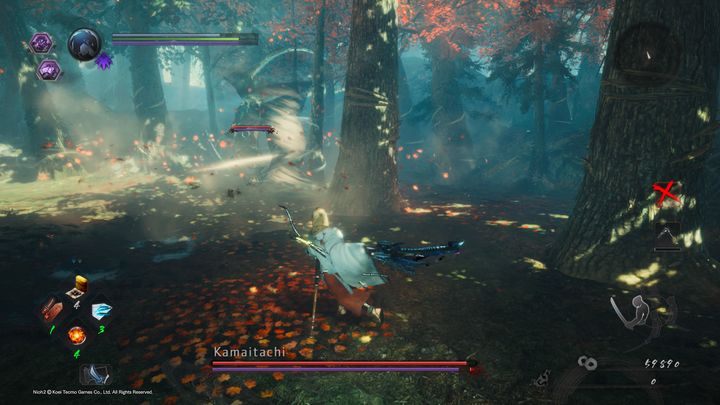 He can also summon a hurricane, which is a slow ranged attack. The hurricane is slowly following the player. Once in it, it deals a small amount of damage. It is enough to move a little to the side for the attack to end as it does not last long.

As for his subsequent long-range attacks, when you are too far away from him, he will attack with his hands to cause an air cut. This attack is very fast, if you are having trouble dodging, it is better to keep blocking. In addition, the boss can fly into the air and start spinning at breakneck speed to get closer to the player. It is necessary to evade at the moment when it is very close to you, although it is recommended to block this attack. 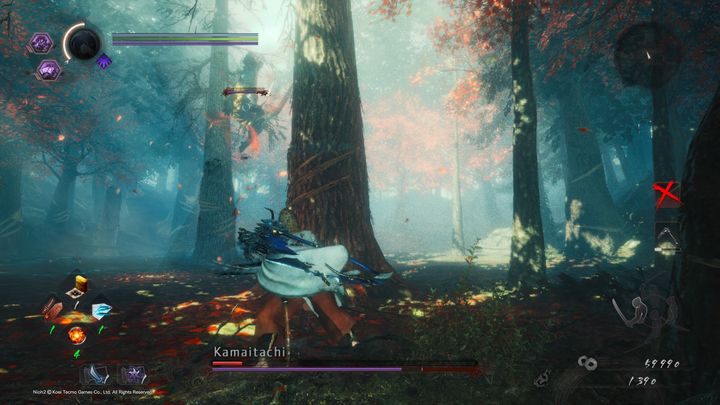 The land of Yokai gives new opportunities to the boss. One of them is the Burst Attack, usually it performs at the moment it climbs the tree. As soon as you see a red flash, it will jump off the tree to quickly reach you while in the air. Perform a Burst Counter as he is close enough to you.

While on the tree, he often uses long-range attacks, also keep this in mind. Then you'd better not approach it, since you still have a limited range so that you can do some damage to it. This is a good time to use some magic missiles, shinobi tools, or ranged weapons. 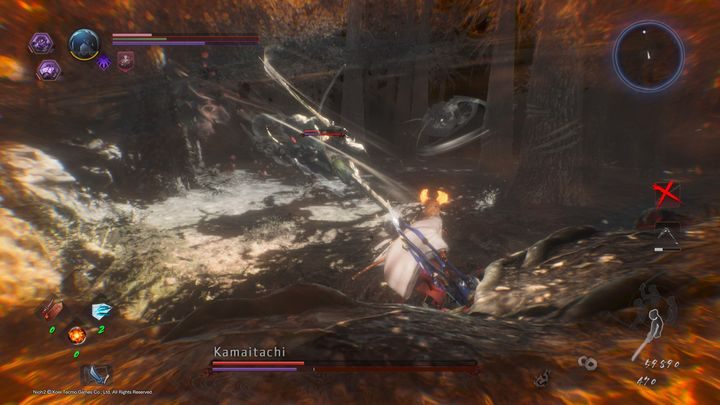 In the land of Yokai, Kamaitachi can also create his own aerial clones. You will see when the boss starts teleporting from one place to another, he usually does a spin in the air. If your stamina allows you to do this, it's better to block everything, if not, try to dodge these attacks and then block. The clones will disappear after a while.