On this page of the guide to NieR Automata, you will find key information on developing the characters and their accompanying Pods. We explain, e.g. how to increase the heroes' stats, how to increase the effectiveness of Pods, and how to skillfully manage several Pods.

Gaining XP and leveling up characters 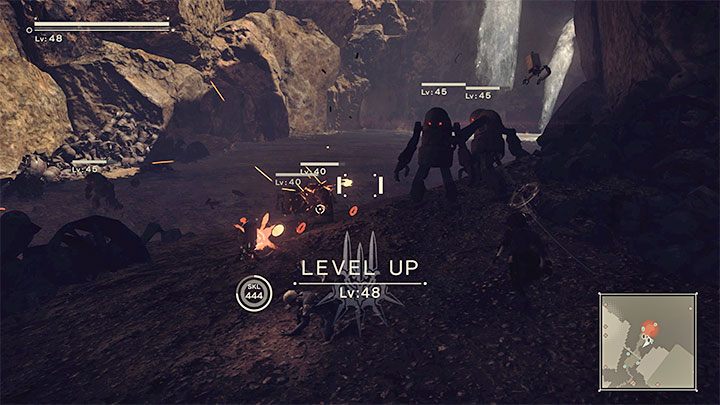 There is a big emphasis on leveling up. By default, each opponent has a level displayed above their head (its absence may mean that one of the HUD options is disabled). You should avoid enemies far exceeding your level (e.g. when the difference between the levels is 10 or above). You may then have huge problems with defeating such an opponent - that enemy can kill you with a few hits.

You can return to the vast majority of battles later, i.e. after you have leveled up sufficiently. Some quests and battles in the arena even allow you to resume them on different Routes, although this is not the rule. Try to complete the battles before you finish the current Route in 100%. 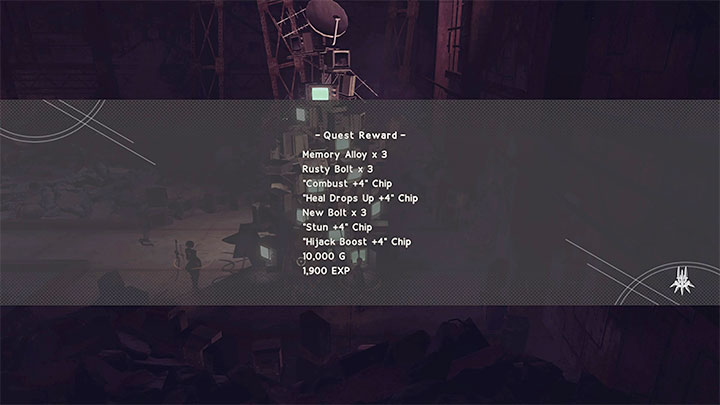 Experience points can be gained primarily through quests and battles. Look for all side missions that can be marked on the map. Each completed side quest will give you not only a lot of XP but also other (often unique) rewards. As for opponents, look for those whose level is close to your current one. We do not recommend skipping fights with less challenging machines. Otherwise, you may slow your progress down.

The game does not have a strict level requirement. However, expect that the final battles (i.e. those in Routes C and D) will be against enemies at levels 50-60. For more information and tips on leveling up, check out the XP - how to collect? page. 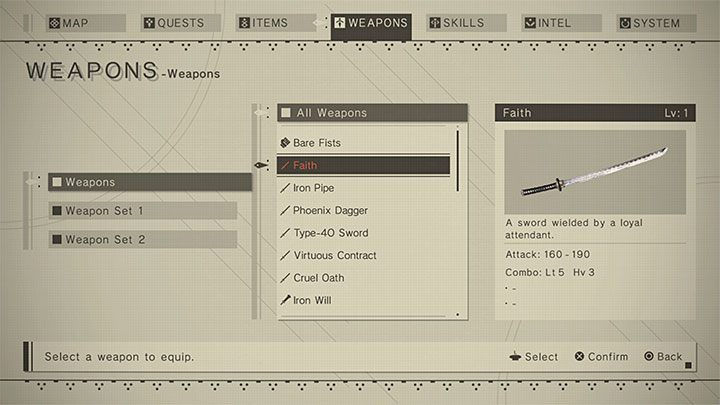 In NieR Automata, the strength of your attacks is affected by the melee weapons and your experience level. At the start of a new campaign, you will have two weapons. However, you can acquire more as the game progresses, for example, by completing quests, exploring the world, or buying from traders. They are listed on the List of weapons page.

We recommend that you test each newly obtained weapon against regular opponents, so you can determine whether you want to keep using it. Weapons differ not only in damage (minimum - maximum damage range), but also, e.g. in how effective they are in performing (Lt) and heavy (Hv) attacks. This can affect your decision when choosing a weapon. 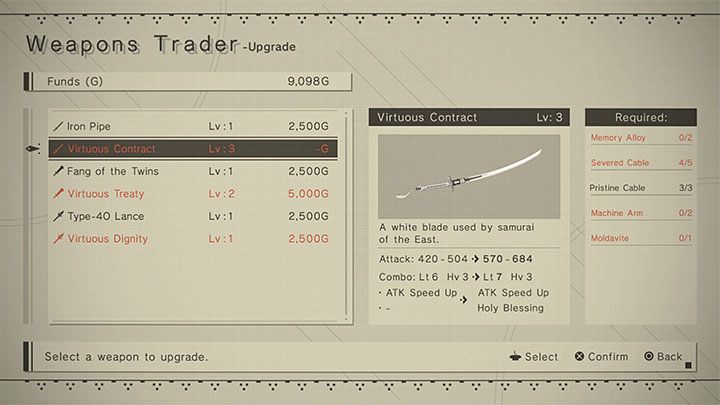 You should upgrade your weapons. However, due to the limited availability of materials at the beginning of the game, you should limit yourself to upgrading those you are currently using. You can do that by visiting, for example, the Weapons Trader in the Resistance Camp. However, he can only upgrade weapons up to Level 3. To get Level 4, the highest one, you need to find a hidden blacksmith called Masamune - we described this on the Weapons' level four upgrade - how to achieve? page.

Pods and their programs 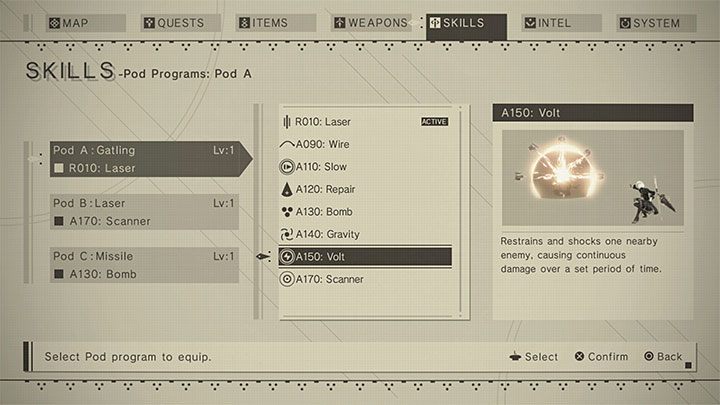 The Pods help you in fighting opponents - you should not ignore them. Try to unlock all 3 Pods as fast as possible so you will be able to switch between them "on the fly" and use their different skills. Information about the location of the Pods can be found on the All Pods - how to unlock? page.

Each Pod should be equipped with a separate program. This has two main advantages: 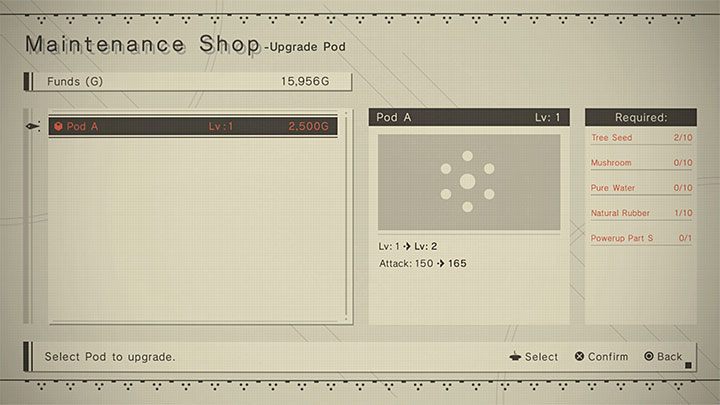 Pods can and should be improved - the first NPC that can do this is the Maintenance Shop Owner from the Resistance Camp. Upgraded Pods deal more damage - both with their regular attacks and programs.

Unfortunately, this will require you to obtain rare crafting materials. Keep checking if you can upgrade a Pod - do it as soon as you get the necessary materials (e.g. during world exploration or as rewards for completed quests). 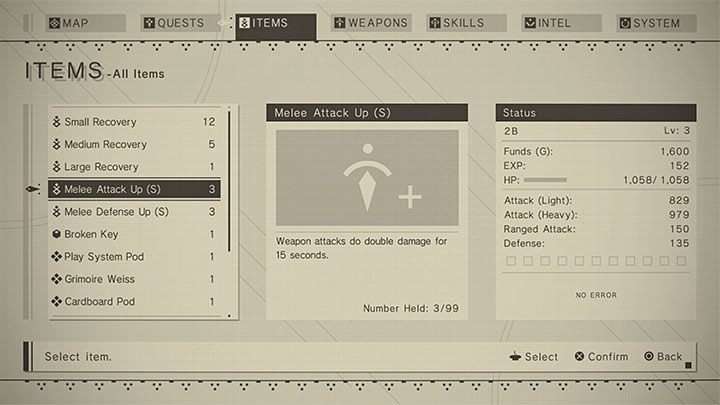 In addition to constantly raising the stats of the heroes, their weapons and Pods, you can also increase combat capabilities for a limited time. These are: