This page of the NieR Automata game guide contains tips and tricks on how to earn XP faster. This will allow you to reach higher experience levels in order to have an easier time defeating high-level opponents. We have compiled the main ways to earn experience points.

Experience levels - general information and their impact on the game 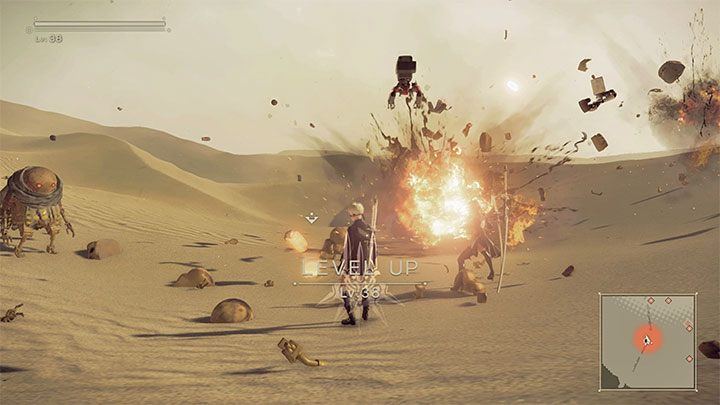 In NieR Automata, you start the game at the 1st level of experience and the maximum level your characters can reach is 99. It is unlikely to reach the maximum level while playing the game normally. If you are constantly completing side quests and rarely avoid fights, then once you have completed all the routes, your character should be around level 60.

Reaching level 99 may involve grinding for a long time. It is not required to beat the main storyline, because in the final chapters of the campaign you will encounter opponents at a maximum of 50-60 level of experience. However, there is also a hidden level 99 boss battle and initiating it with a lower level character may lead to a swift death.

Your current experience level is transferred between all playable characters. For example, if you switch from 2B to 9S, you will keep all the experience points you have earned. You won't have to level up each new character from level 1. 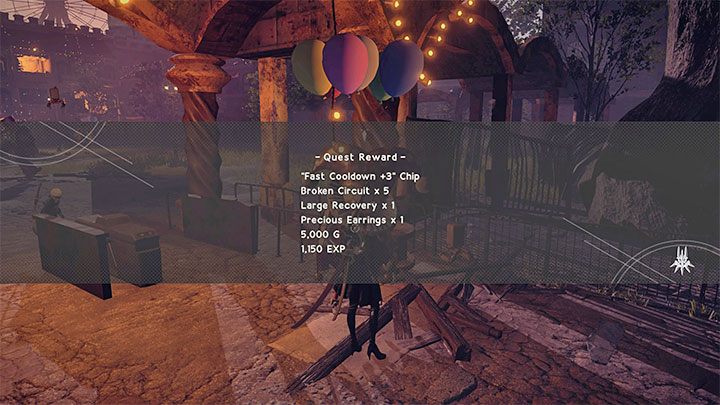 There are different ways to earn experience points in the game, with the two most important ways being:

1) Completing side quests - Each side quest you complete earns you a significant amount of XP and, in the case of many later and more complex quests, you can earn over 1000XP for completing a single side quest. Keep in mind that some quests can be retaken in Route B, which lets you earn the same amount of XP again. 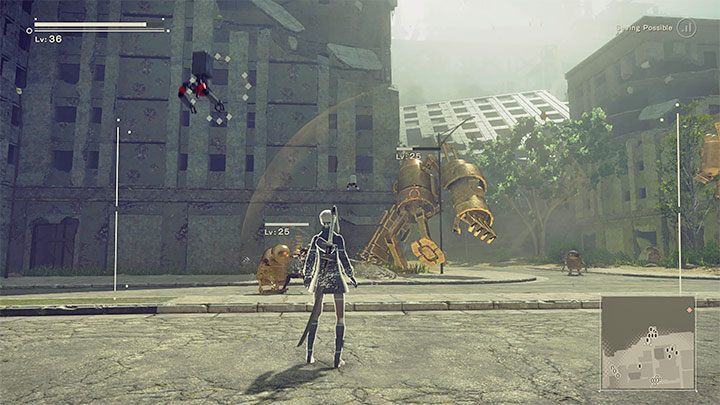 2) Defeating opponents - In general, we don't advise avoiding fights against opponents at all costs. Instead, we recommend taking part in as many battles as possible. This is especially useful early on in the campaign and every time you reach a new location on the map, because in addition to experience points, you can also earn new Unit Data entries. It's worth noting that regular opponents respawn. You can return to the areas where, for example, there are larger groups of machines that allow you to earn more XP.

Later on during the game, seek out golden opponents which you can effectively attack (or hack, to be specific) with the help of 9S. They are guaranteed to earn you lots of XP and they also drop valuable loot. 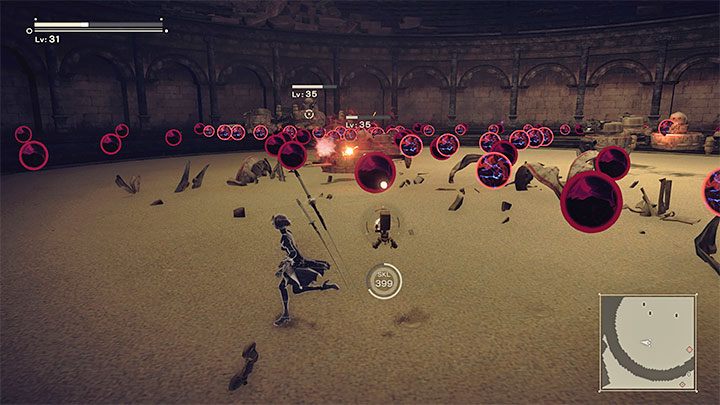 If you have the DLC 3C3C1D119440927 installed, then joining battles in optional arenas is a very good idea to get XP. Specifically, these are the following quests:

In each arena you can engage in different battles against opponents at different levels. Choosing to fight against high-level machines might help you level up faster.