This page of the NieR Automata game guide contains the walkthrough of Chapter 10 of Route B, during which you play as 9S. This guide describes how to reach the City Ruins, what to do during the final boss fight against Eve in Route B and how to complete the final hacking sections to unlock ending B (the second main ending of the game).

Machine Revolt - returning to the City Ruins and protecting 2B 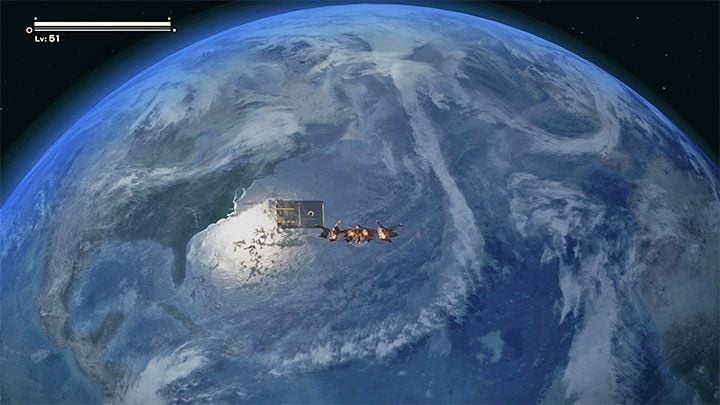 You will once again begin this chapter in the Bunker, then you will meet with the Commander in the main corridor of the space station and learn some important facts about the moon base (you will also unlock a new archive entry).

Once you return to 9S' cabin, the alarm will go off. Get to the hangar and use the Flight Suit. 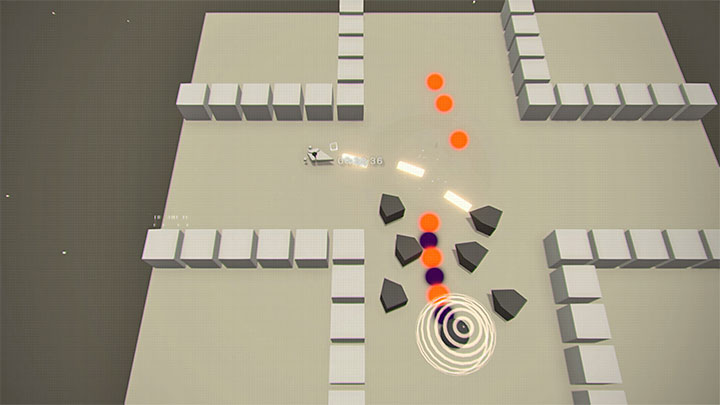 During the flight towards the landing area in City Ruins, you will have to once again face the Goliath Flyer mini-boss. The ability to use hacking is an additional convenience that will make this fight go down faster. You will eventually join up with 2B in the ruins. 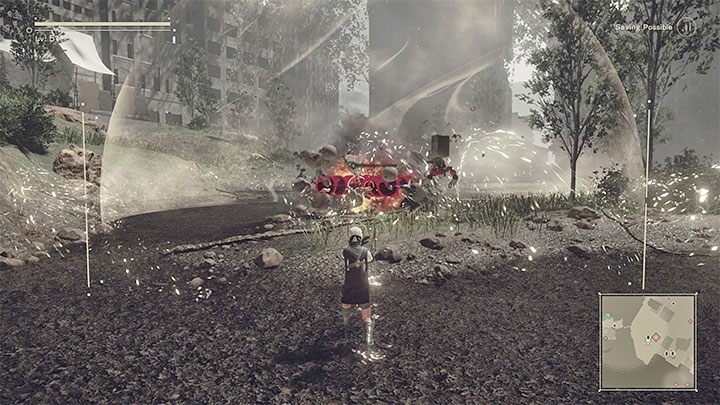 The first fight against Eve in Route B is not significantly different from the same encounter during Route A. You have the option to hack the machines surrounding the boss, although you can also focus on standard methods of attacking.

The next steps in this chapter are also the same as in Route A - you need to reach the nearby Pascal's village, dispose of the machines there and then wait for information on Eve's whereabouts. 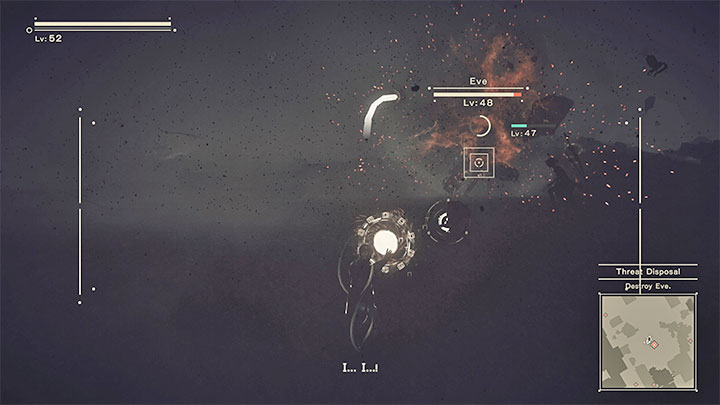 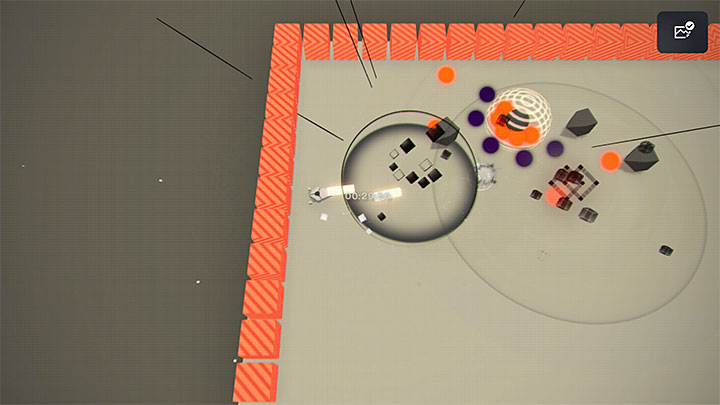 The first stage of the fight against Eve is similar to the fight in Route A. The battle happens in the same location and the boss uses the exact same attacks.

The option to hack Eve is of course new and you should choose to do it if you have enough time to successfully initiate hacking without risking that the boss will interrupt this attack. Expect the most difficult versions of the hacking mini-game, during which you will need to avoid touching the orange blocks, among other additions. If you can't handle the mini-game, you can also resort to standard fighting tactics, although it will take longer to defeat Eve this way. 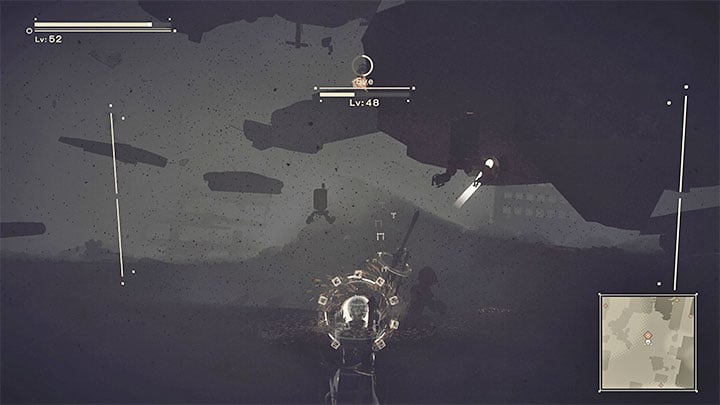 Just like in Route A, there will be an optional section during which you can reach Eve by jumping on platforms, though you won't be required to complete it this time, either. Interestingly, instead of jumping on the platforms, you can stay at the bottom and try to find a spot that will allow you to use hacking (example in the attached screenshot).

You should also expect that the boss will regenerate his health bar at some point (fortunately, this only happens once). Fight until his health bar drops to zero a second time. 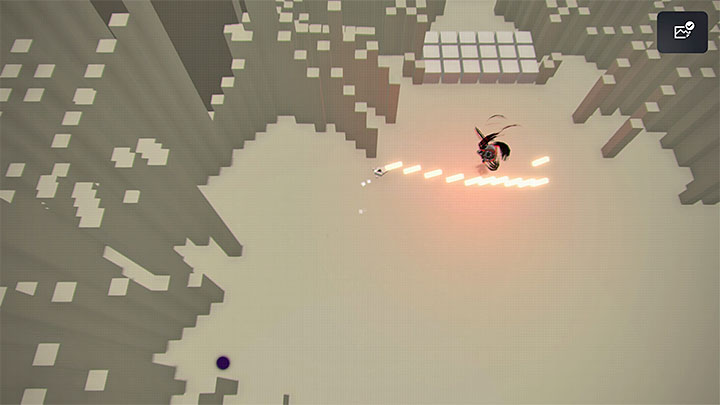 The second stage of the Eve fight introduces an important new element. 9S decides to hack Eve (as part of the storyline) and after holding down the hack button, instead of the usual hacking mini-game, you will be transferred to virtual reality for a long time.

Eve's avatar will appear and you will start to fight. During this battle, try to move to the sides often in order to avoid groups of projectiles. At the same time, use every opportunity to hit Eve. 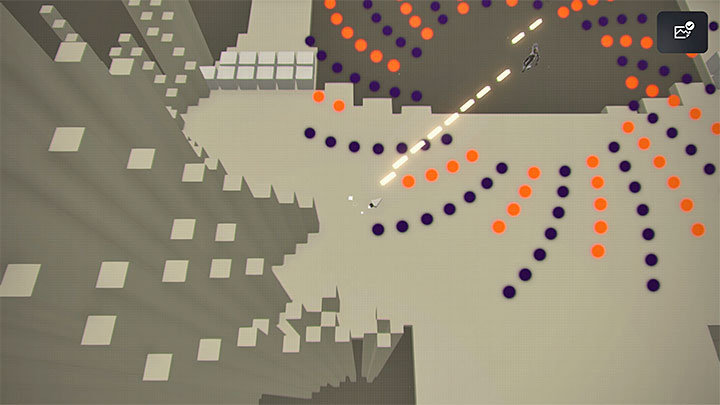 After winning the first battle, you will be able to continue on. Expect more fights like this. These always occur within limited space and force you to avoid projectiles (especially the indestructible, purple ones) while also attacking Eve's avatar. 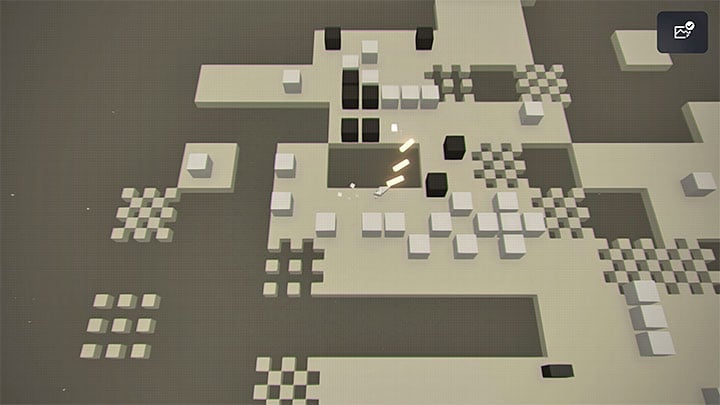 In the next two areas, you will come across labyrinths where you will need to destroy the black blocks in order to pave the way. The good news is that you do not have to rush to complete them and you can find the way to the exit at your own pace.

A long vertical corridor will lead you to the location with the house. More cut-scenes will play in this location and you will return to the standard battle with Eve in the City Ruins. 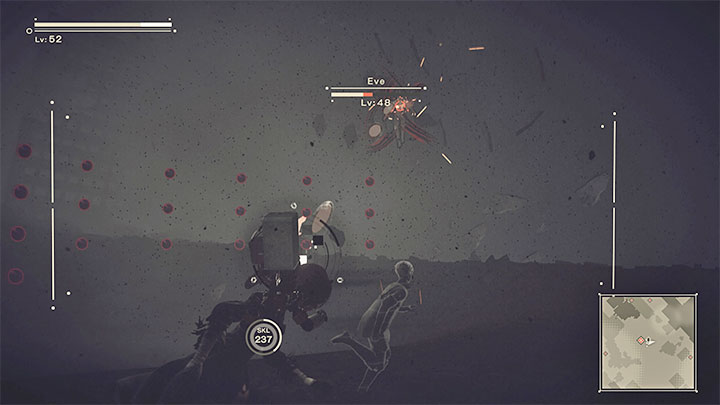 Like in Route A, during the third part of the fight against Eve, you mainly need to focus on dodging groups of projectiles shot by the boss - dashing and running to the sides will be helpful here.

At the same time, of course, you must continue to attack Eve, and 9S will once again be able to use the hacking option. 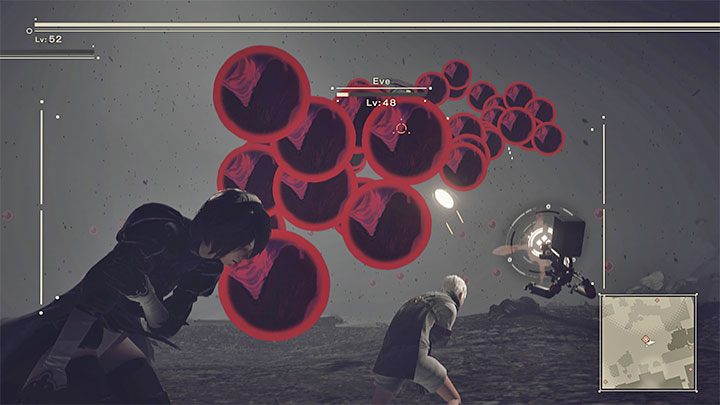 Once Eve leads to an explosion, the characters will lose the ability to dodge. Try to evade between the flying projectiles and continue to attack Eve at a distance to whittle down the remainder of the boss' (final) health bar to zero. 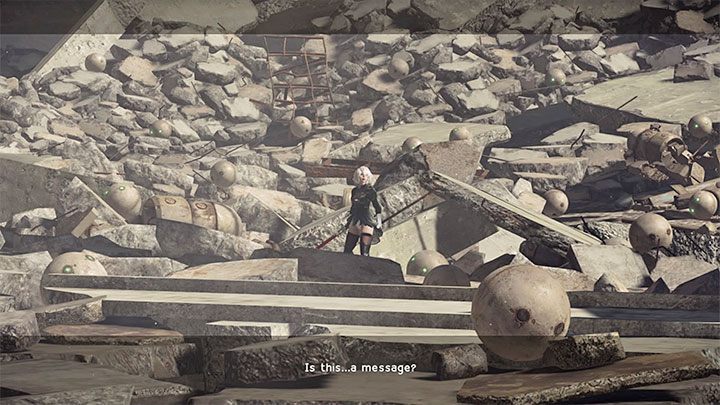 The game will display ending B, i.e. the main ending of Route B which you have just completed. 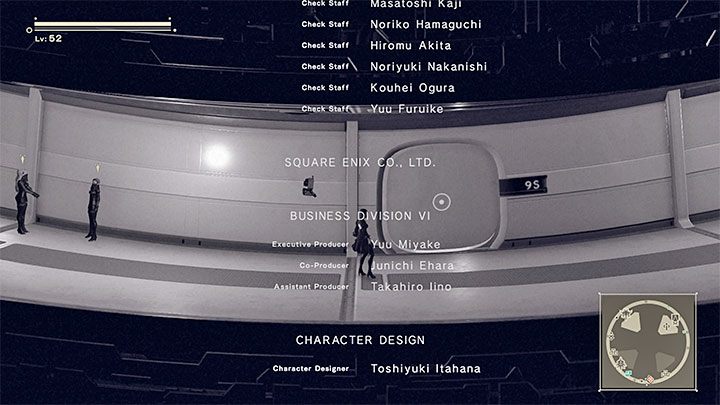 During the end credits, you will be able to play out an additional interactive section in the Bunker. During it, make your way to 2B's room to meet with 9S. You will receive: 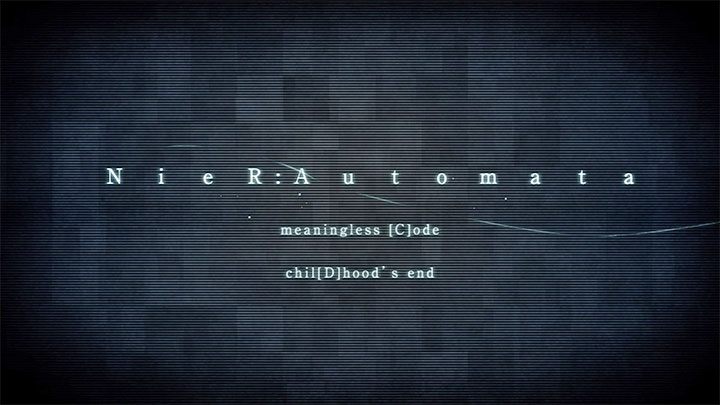 Once the end credits are over, the game will show a short preview of Route C and Route D. Be sure to agree to save your game.

After you return to the main menu, select Continue and then the save file you have just created. This will allow you to continue and proceed to Route C and Route D (they are compelted together), which we have described in the next subchapter of the walkthrough.