This page of the NieR Automata game guide contains the walkthrough of the unique events in Chapter 6 of Route B, during which you play as 9S. This guide describes the events new to Route B, which occur in the Forest Zone and in the Forest Castle, as well as during the A2 boss fight.

Route B's Chapter 6 is very similar to Chapter 6 in Route A. This page only lists the differences and new features that appear while playing through Route B. Remaining information about this chapter and its main objectives can be found in the Chapter 6 walkthrough of Route A.

New quests in Route B 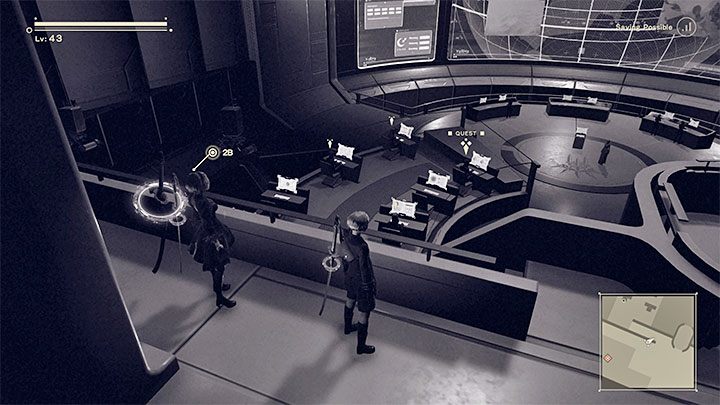 From the beginning of Chapter 6, seek out opportunities to start side quests. One of the first completely new side quests that wasn't available during Route A can be initiated in the Bunker (Data Analysis Freak). You can also replay some of the side quests from Route A to once again receive the rewards. For more details, check out the Side quests chapter. 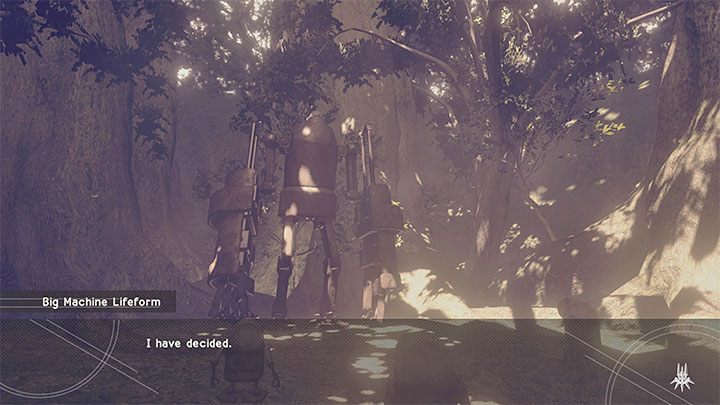 Reaching and exploring the Forest Zone is no different from Route A. You will have to complete the same quest objectives. However, you can expect new cut-scenes, which will appear at various parts of the game (even after reaching the castle) and will depict events from the past, such as the moment of the machine kingdom's creation and its most important events. 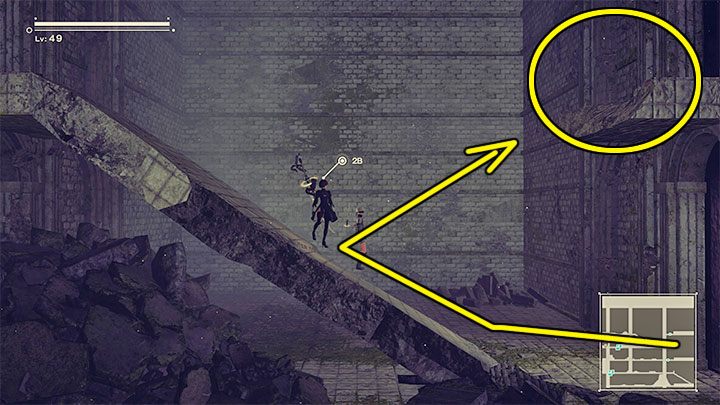 On your way through the castle, you will get to see new cut-scenes and you will also have the chance to obtain some unique treasure that wasn't available during Route A. Once you pass through the library for the second time, stop, turn around and check out the top platform marked in the above screenshot. You can reach it by double jumping. 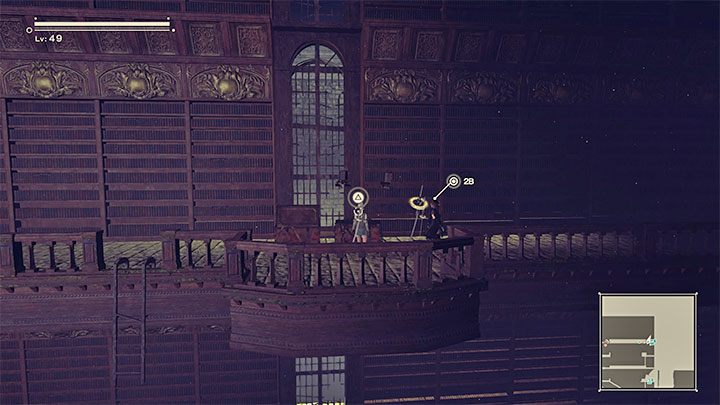 You will reach the top level of the library and you can search the area for the locked chest that requires 9S to hack it. Breaking the chest's lock will allow you to obtain the unique weapon called Beastcurse. 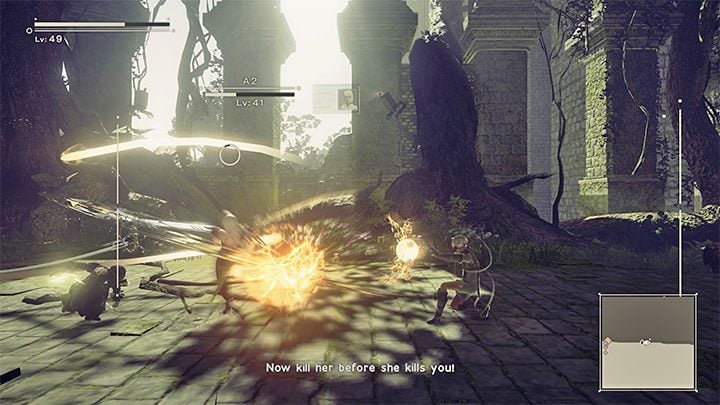 The fight against A2 is very similar to the battle during Route A. The good news is that you can utilise 9S' hacking ability, but due to the limited combat area, you must activate the hacking option when A2 is located far away from the controlled character. Otherwise, the opponent may have enough time to hit you and interrupt your attempt to initiate hacking. To increase your chances of hacking in successfully, it may be helpful to revive another player from the battle area so that they can distract A2.