On this page of our NieR Automata guide you will find a walkthrough describing the unique events in Chapter 4of Route B, during which you play as 9S. The walkthrough lists all of Route B's new content that appears in the amusement park and during the boss fights against the Goliath Tank and Simone (Opera Singer).

Route B's Chapter 4 is very similar to Chapter 4 in Route A. The only information on this page are differences and new features you'll encounter while playing through Route B. Remaining info about this chapter and its main objectives can be found by reading Route A's Chapter 4 walkthrough. 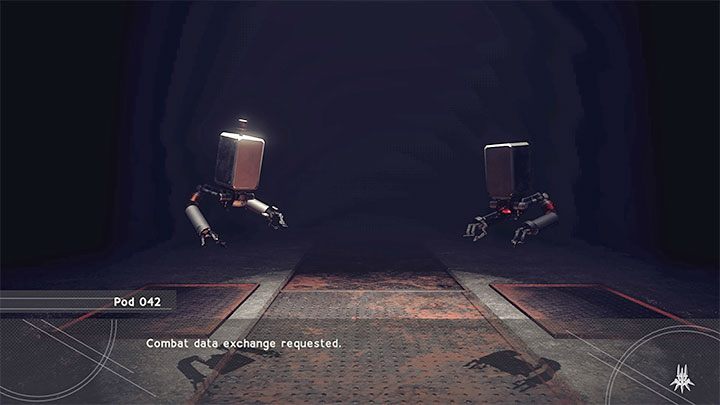 Just like in the previous chapters, you can expect additional cutscenes while fulfilling the same mission objectives as in Route A. The new cutscenes will appear i.a. after reaching the Amusement Park's entrance and defeating the area's main boss. 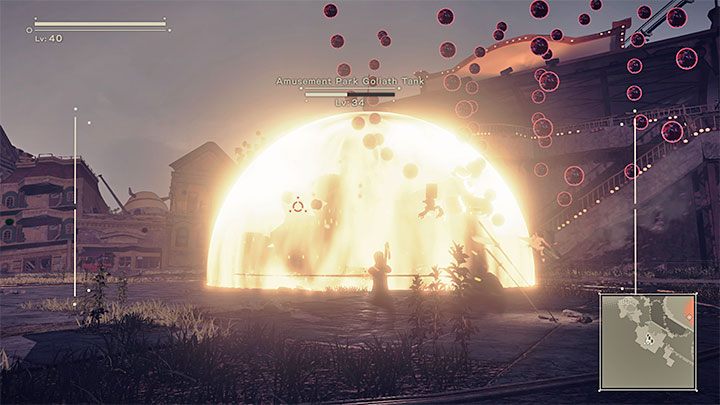 While progressing through Route B's version of this chapter you can once again enter the optional fight against the giant tank. It's recommended to fight the boss, as defeating it rewards the player with loot and experience points.

You can hack the tank to deal damage much quicker. Hacking should only be attempted if the huge machine isn't currently heading in your direction. Otherwise you're risking being run over by the tank before the minigame initiates. The hacking mini-games during the boss fight will also be more challenging. You can rely on regular attacks, but it's possible to eliminate the tank by using only hacking. 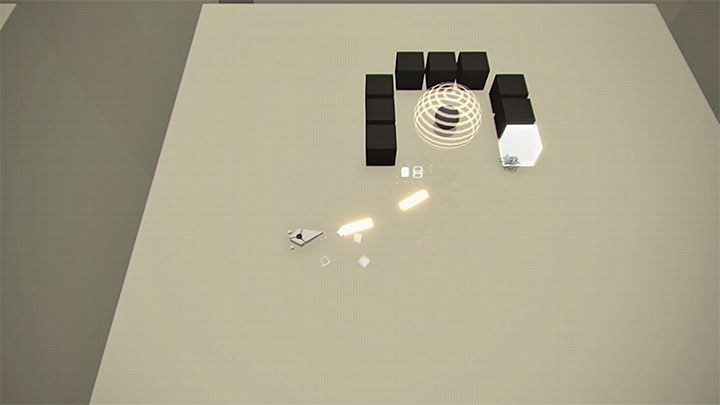 Simone is the Opera Singer - while going through Route A you didn't know her name yet. The first phase of the boss fight is no different from Route A's version. Hacking the boss during this phase of the duel is impossible. You must rely on 9S' regular attacks or on help from ressurected fallen players.

Despite 9S being a hacker himself, just like in Route A, you still must defend yourself from hostile hacking. As a reminder - the first hack comes from the boss herself. After that, the dead androids she controls will gain the ability to hack into 9S as well. 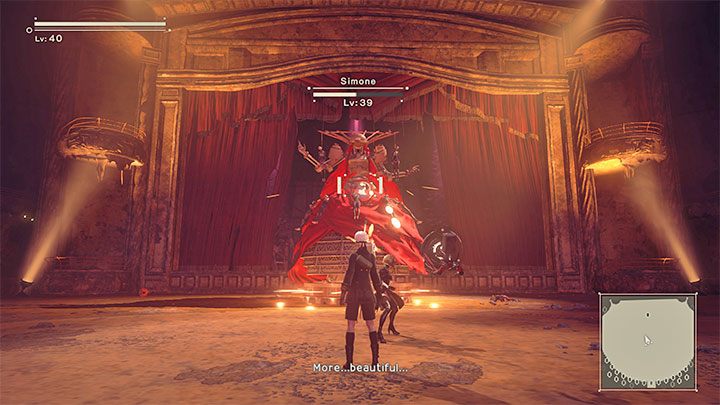 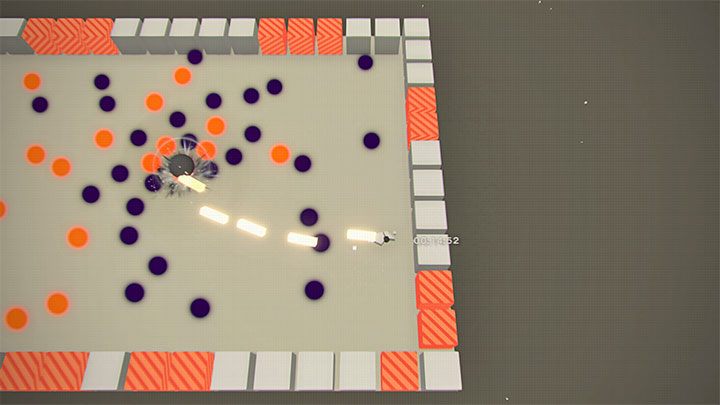 Once you reach the second phase of the fight, you'll be able to hack the Opera Singer (the protagonist will signal this by mentioning the possibility of hacking Simone). The hacking mini-game will obviously be more challenging than usual, but if you're able to handle it, you'll deal damage much quicker than by relying exclusively on regular attacks.

After Simone falls, an unusual text cut-scene will begin. It contains no interactive elements whatsoever. All you can do is speed up the text. 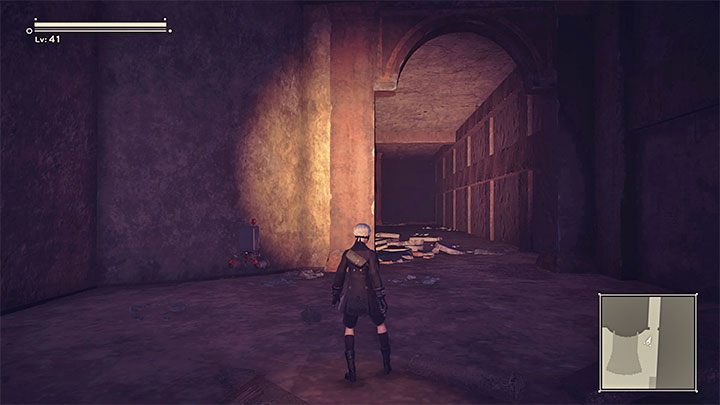 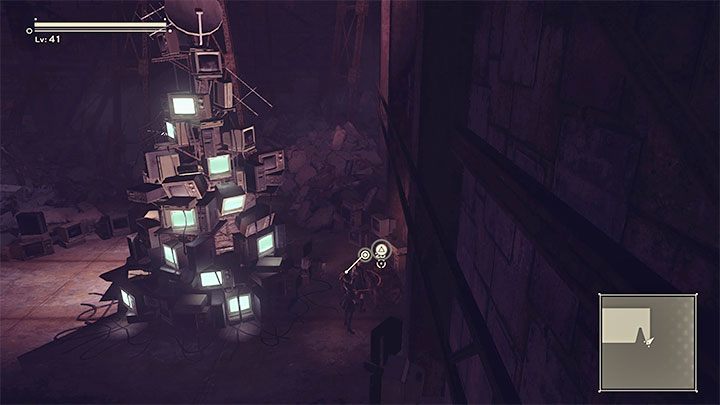 Route B provides the player with an opportunity to obtain a new melee weapon. After eliminating the boss you must leave the stage room and explore the main building's side corridor shown on Picture 1. It will lead you to an elevator. Enter it, go down to the basement and get through it. In the room with turned on TVs you'll find a locked chest you can hack open. IT contains a unique Demon's Cry weapon. This place is worth remembering, as it contains several side quests that unlock further into the campaign.

Like in Route A, you'll finish Chapter 4 by meeting Pascal in the Amusement Park's central area and following her to the Machine Village.