This page of the NieR Automata game guide explains how to unlock all 3 Pods, which are flying robots that follow your character. You will find out where the Pods have been hidden and how you can benefit from owning several Pods. 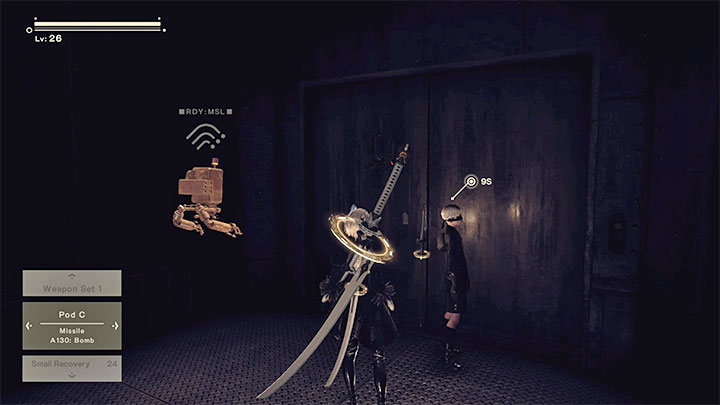 As a reminder, Pods are flying robots that follow your character and who can take part in battles and make them easier to win. Each of the Pods available in the game can receive two types of commands during battles - you can attack at range (these attacks are different for each Pod) and activate programs, i.e. special, strong abilities.

You can obtain a maximum of 3 different Pods, but they aren't required to complete the main storyline. If you want, you can only use the first Pod, which is available from the start of the game. However, we recommend having several Pods, because you can switch between them to activate their various programs. Each Pod's special attack has its own separate cooldown.

For obtaining all 3 Pods you will receive the bronze trophy Pod Hunter. It is possible to obtain them all while beating the game for the first time, that is while completing Route A.

More information about Pods can be found on the following page: Leveling up your character and Pods. 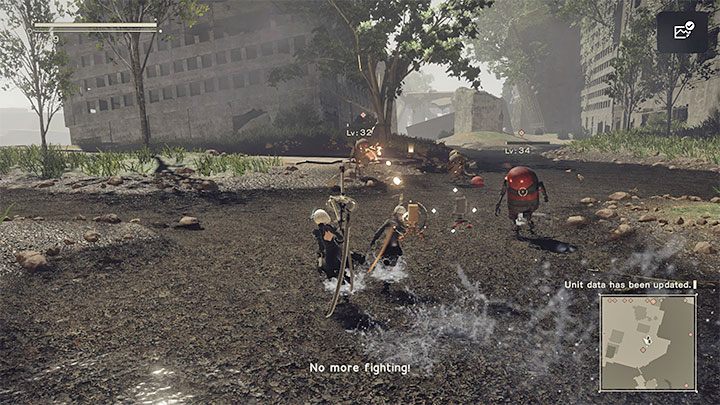 This Pod is available from the very beginning of the game. You don't have to do anything to unlock it.

Pod A uses the Gatling Gun. This weapon has unlimited ammo. 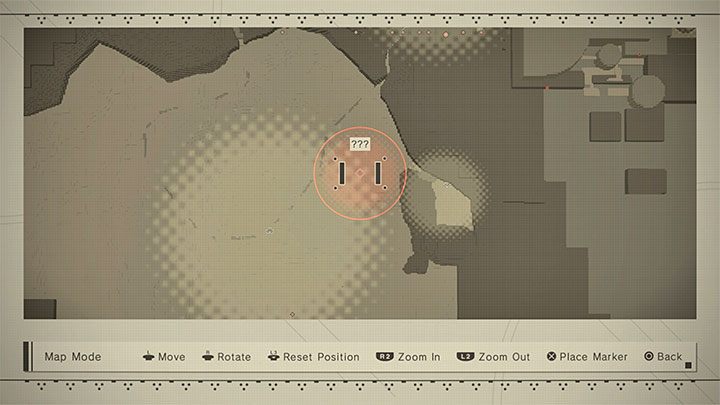 You'll have to find this one yourself.. In the course of the campaign, wait until the red circle shown in the picture appears in the Desert Zone. It marks the area you will need to explore. 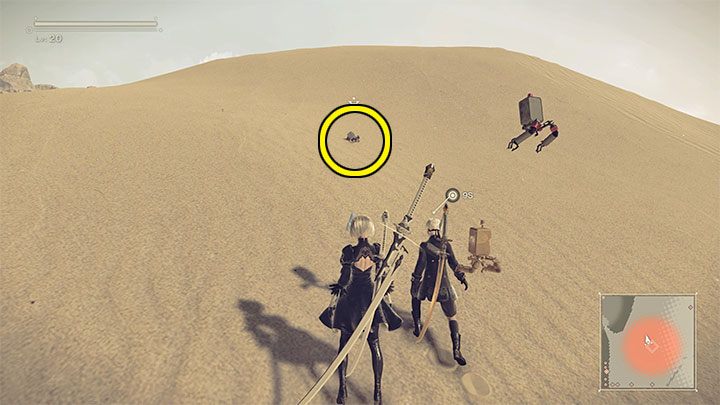 While searching the marked area, you will notice a dark object on one of the dunes - it's the Pod and you need to investigate it to obtain it.

From now on, you can quickly switch between the Pods by pressing the left and right directional buttons. 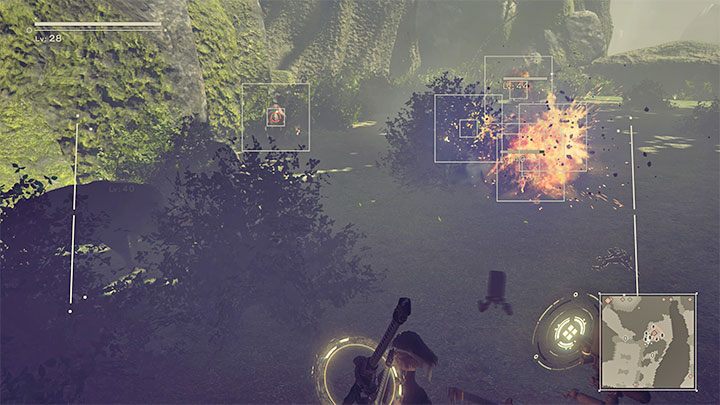 Pod C uses Homing Missiles. When using the missiles, they must first track the enemy. The launcher has unlimited ammo. 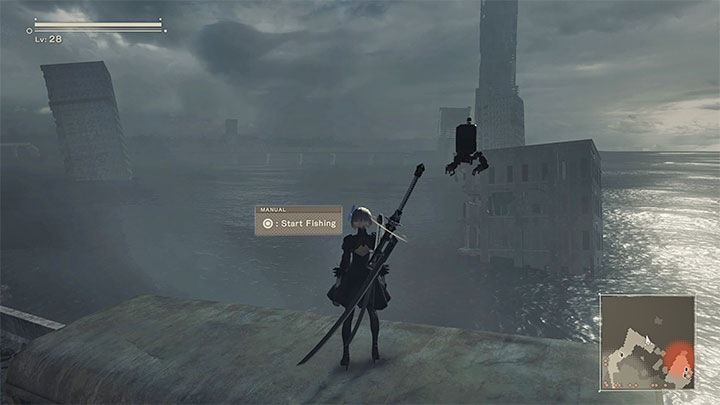 You have to find the third one yourself.. You will be able to obtain it as soon as you gain access to the Flooded City for the first time during chapter 7 of the campaign.

In the Flooded City, get near the main water reservoir, stand at the edge and hold the Circle button to start fishing. 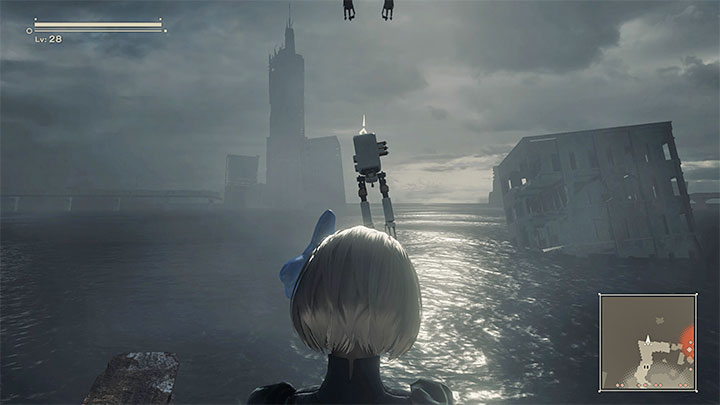 As a reminder, the fishing mini-game consists of pressing X to throw the Pod ("rod") and pressing X again when the Pod, acting as bait, manages to catch something.

Fishing out the new Pod from the water is random. You have to keep on fishing until you get lucky. 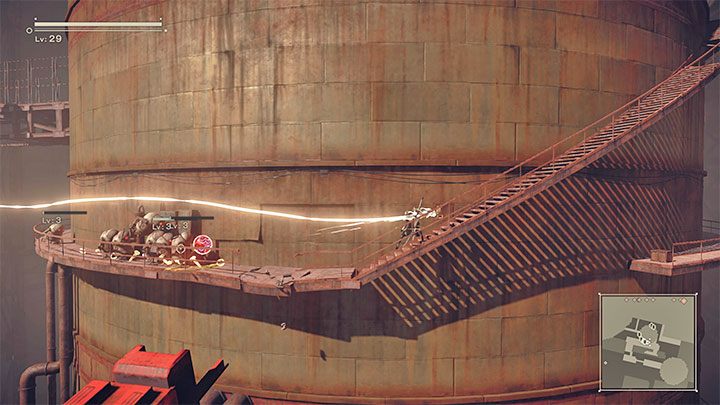 Pod B has the ability to shoot Laser Beams. This weapon has unlimited ammo.