This page of the guide to NieR Automata contains key information about hacking. You will learn what to do if the enemy hacks your character, how to unlock the hacking enemies and selected devices, how to complete hacking mini-games and what you can do after a successful hack.

The page contains some spoilers about the character you get to control later in the game, as well as about one of the bosses from the initial chapters. However, it does not reveal any important details about the events of the main plot, so you can read on without worrying about that.

Hacked by another character - how to protect yourself? 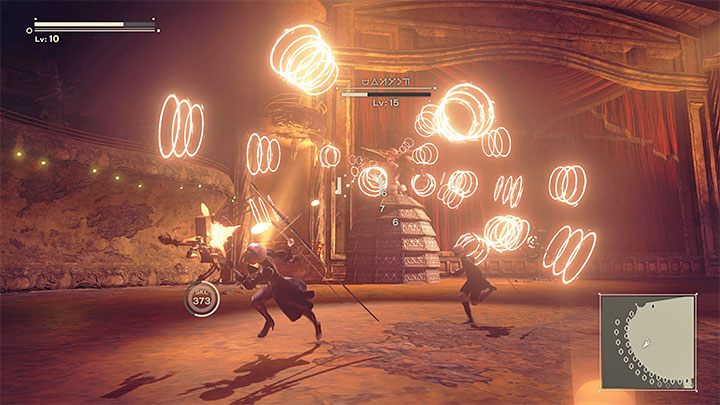 The game doesn't end if you get hacked but rahter forces you to play the mini-game described below, and of you fail that game, you may take damage.

In order to prevent the enemies from hacking you, you must avoid the yellow circles and large shock waves, because only when you come into contact with them will the mini-game start. 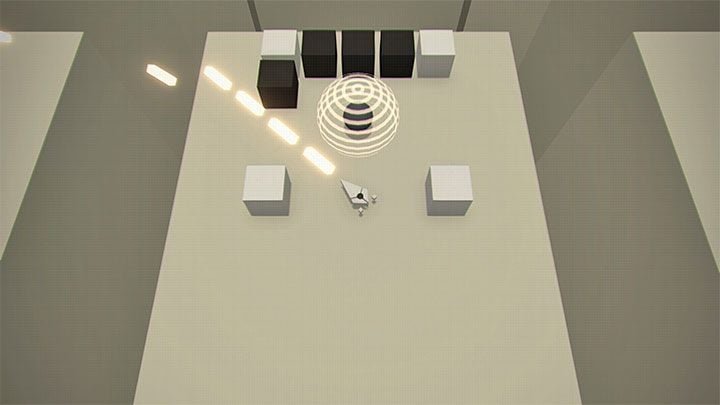 The hacking mini-game works very similar regardless of whether you are being hacked, or you want to hack someone else. You must control the cursor-shaped icon and fire (R1).

In the mini-game, you can't evade, but you can hit the orange bullets flying in your direction and destroy them as you go. Unfortunately, some enemy objects in this mini-game are shooting purple bullets that can't be destroyed and the only solution is to avoid them.

Your main tasks in the mini-game are: 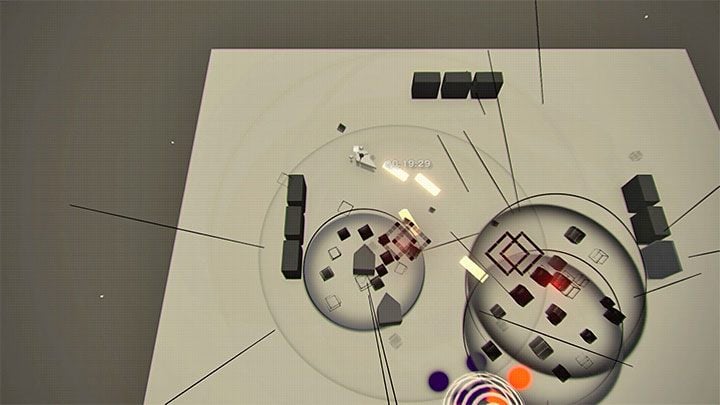 The mini-game comes in several difficulty levels. The more elite is the opponent attacking or attacked by you, the more challenging can the mini-game be. Additional difficulties may be: 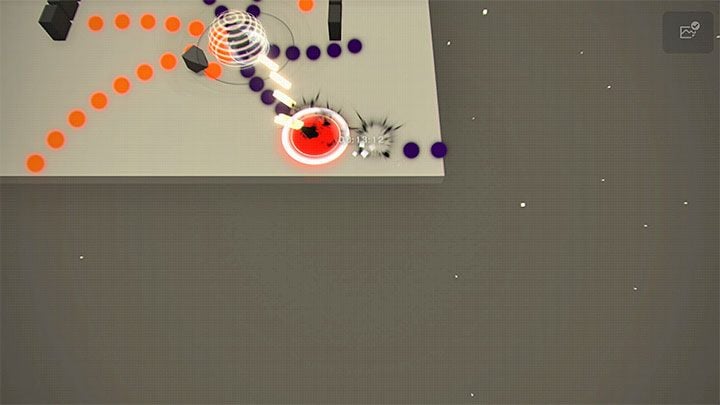 You can lose the mini-game if:

Failing the mini-game doesn't mean you will lose the whole fight. You can get hit by another enemy wave or you can try to hack the same opponent again. Therefore, remember that you can approach the mini-games related to the same enemy more than once, but the game might look slightly different each time (e.g. the balls will be in different places, or you will have to destroy different obstacles).

Hacking - how to unlock? 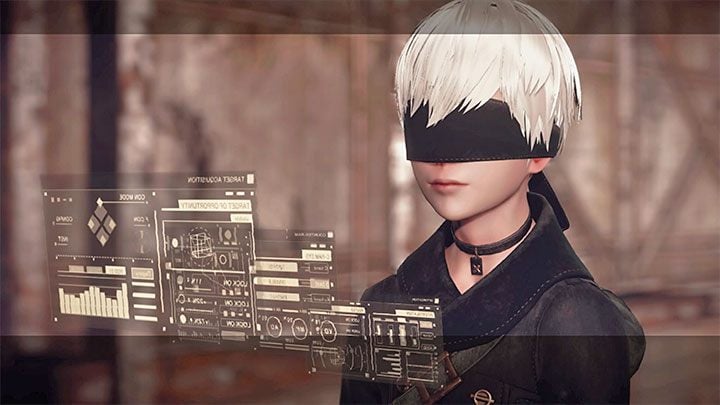 Hacking be done by 9S, who is the second playable character of the game. As a reminder, you will only take direct control of this character once you have advanced to Route B. 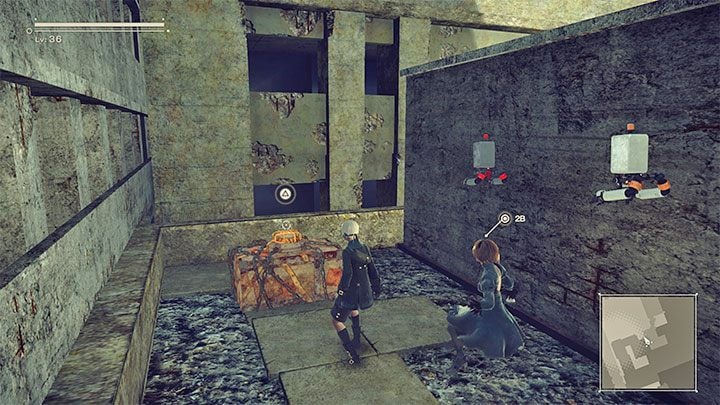 Hacking is initiated by holding the triangle, that is, the button that in the case of 2B was used to activate heavy attacks. The more elite the hacked enemy is, the more time will it take for 9S to load the hacking mini-game. You need to keep this in mind, because taking damage when you initiate hacking can stop it. 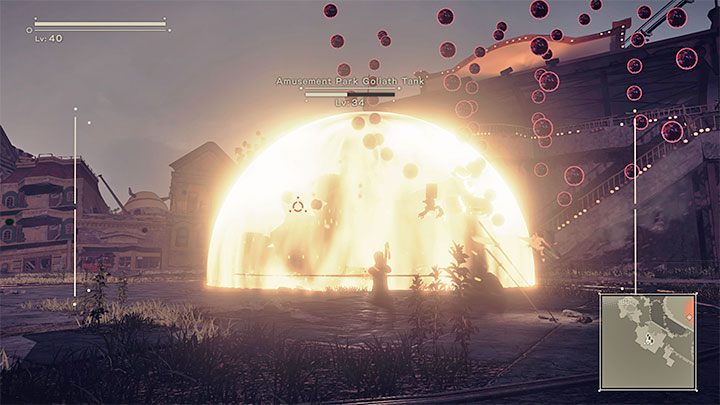 If the hacking attempt was successful, you can: 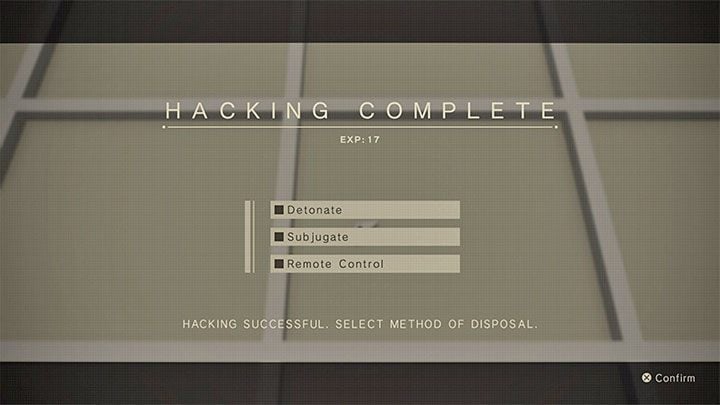 In some situations a successful hacking of an enemy may also give you a list of things to do - example shown in the picture. Available options include:

1) Detonate - This is an identical variant to the default hacking finale, so the enemy will self-destruct or take serious damage as a result of the detonation. 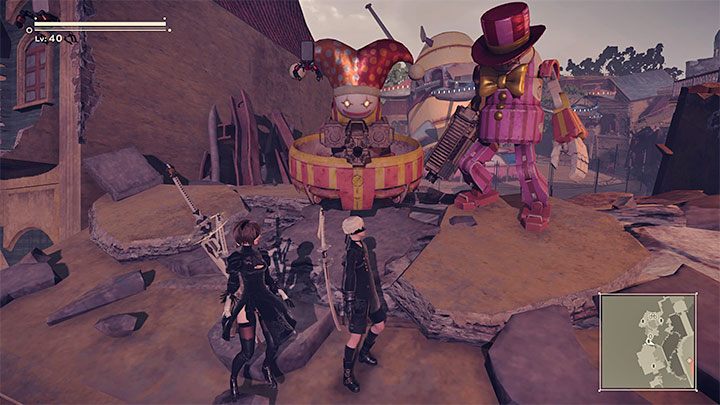 2) Subjugate - This option will make the hacked opponent start to fight on your side, wich can make the battle a lot easier also by distracting the attention of some of the enemies from your character. You may have more than one ally at a time and if possible, it is worth using this option on stronger opponents so that they can do better during fights. 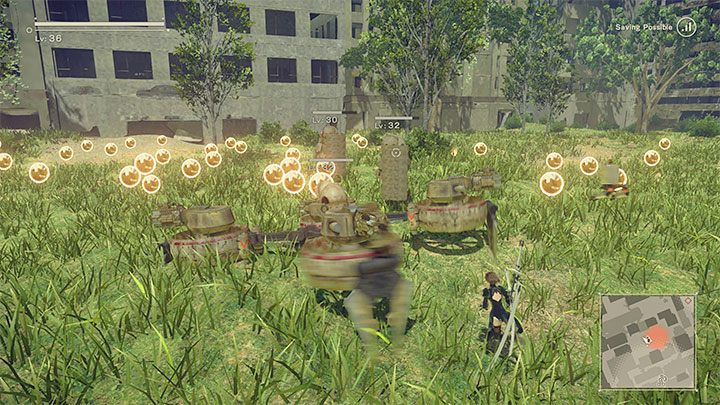 3) Remote Control - You can. personally take control over a hacked opponent. It works best if you hacked a strong opponent which will allow you to effectively attack other enemies. Depending on the type of hacked machine, moving around and availability of ranged and hand-to-hand attacks may look different. You can end te remote control prematurely or fight until the controlled machine is defeated by one of the opponents. 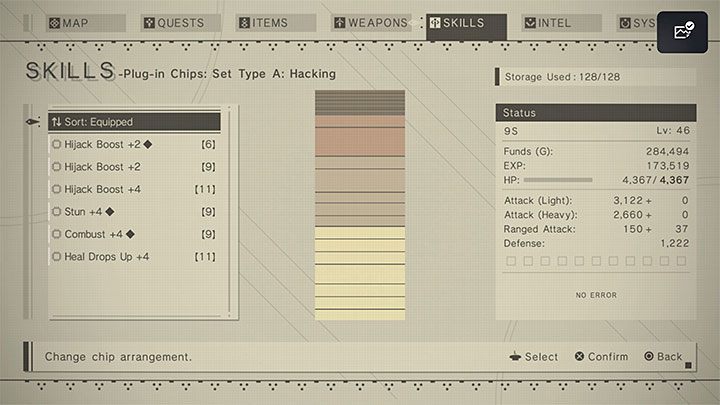 During the game, you can facilitate hacking and increase its effectiveness by collecting and installing chips from the Hacking group. Examples of chips associated with hacking are: