This page of the NieR Automata game guide lists the most important information and tips related to the exploration of the in-game world. You'll find out how to navigate the open world, how to access areas that are difficult to reach, how to use fast travel, what are the Access Points, how to find characters that give out side quests, and more. 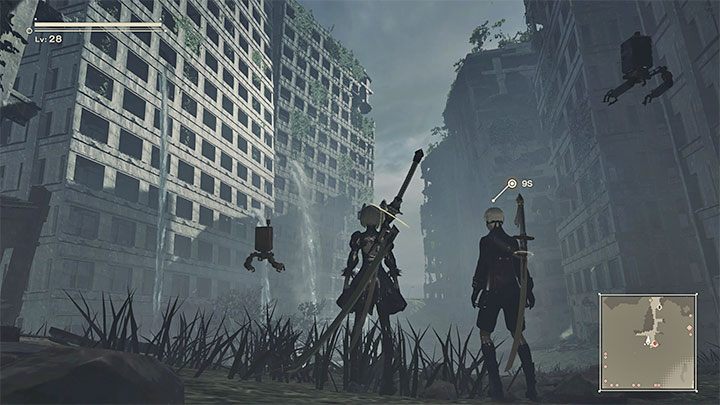 NieR Automata has an open world, but there are some limits to exploring it. The most important ones are:

1) You can't access every area from the start. Large sections of the world map (e.g. the amusement park, the forest zone, the flooded city) are unlocked by progressing the main campaign. Don't worry if you can't initially find the path to complete a quest or any other activity. It is very likely that you will be able to get there as soon as you progress the game further. 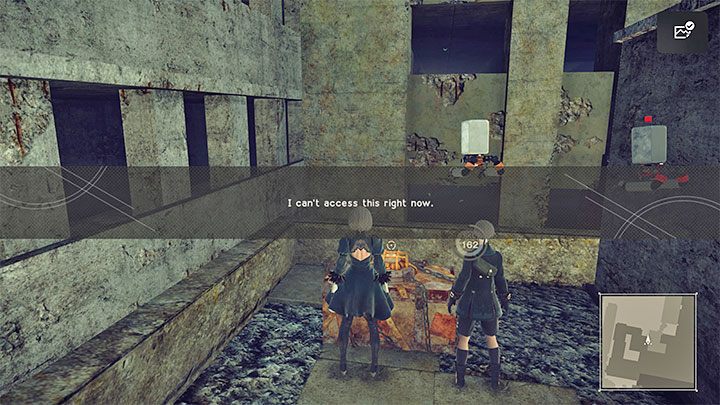 2) Some chests and passages are initially unavailable. Don't try to figure out how to access every area, because you may find that the given interaction will only become available in one of the subsequent campaign routes, during which you will be controlling another playable character with a different skill set. 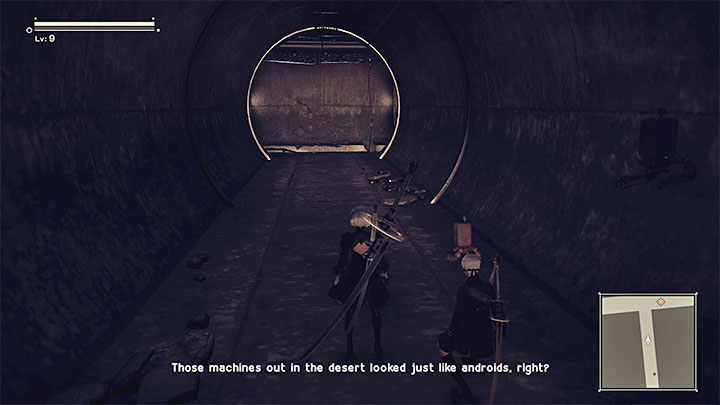 3) Some locations are traversed in a more linear fashion and this is primarily related to the completion of particular story quests. Even if only one path leads to the destination at a given time, you should still look around a lot on the way and explore the side paths and rooms you come across, as you might stumble across some valuable loot. 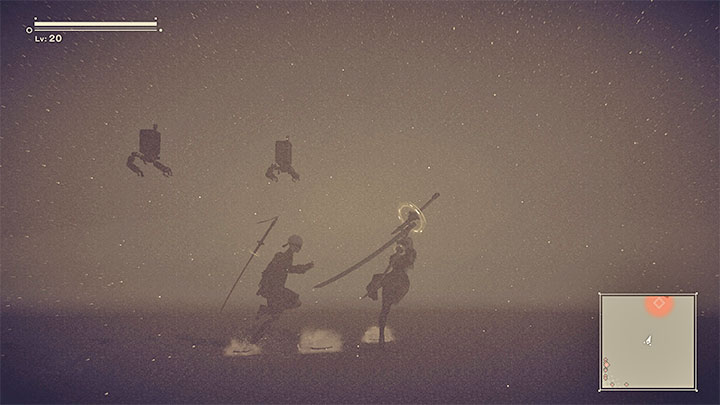 4) Invisible walls and other barriers appear in the game(such as the intense sandstorm from the screenshot above) and they can artificially limit the area you can explore. You just have to accept that the game will not allow you to explore every location and that the available area is artificially limited in some places. 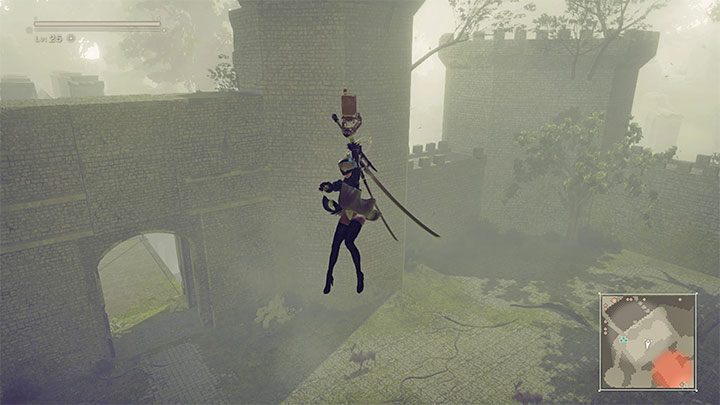 Reaching some places in NieR Automata may prove problematic. These locations include roofs of buildings or distant / high platforms and locations. The game doesn't make exploring such places easy and it might seem at first that, in some locations, a given platform is too far away to reach it. This is sometimes confusing, but here are some methods to help you access hard-to-reach places:

You can and should combine separate actions. The recommended sequence of actions to cross the longest distances mid-air is: 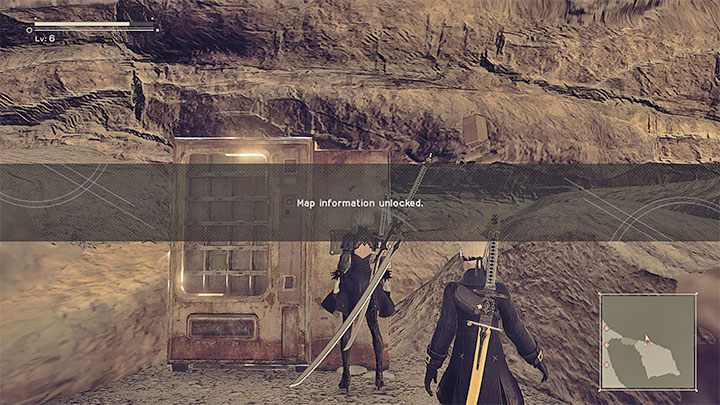 Fast travel mechanics are available in the game, but not from the very beginning of the campaign. You will get access to them as you progress through the main storyline and we described this in more detail on the Fast travel - how to unlock and use it? page in the FAQ section.

Remember to interact with any newly discovered Access Point. They are used for fast travel and you also will be able to save your game within the range of a given Access Point. 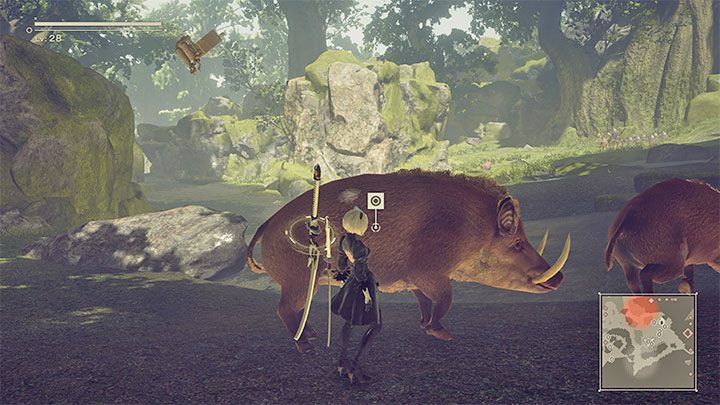 Sprinting, activated by pressing the R2 button, can help you travel faster on the map. Unfortunately, you can't affect its speed, but for the most part the character will run faster in large, open spaces, on fairly even ground.

You can also travel faster by using wild animals, although you will need to tame them before they can be ridden - we discussed this in detail on the Animals - how to tame? page. An additional advantage of this method is that you can ram into smaller enemies with the help of the mounted animal. 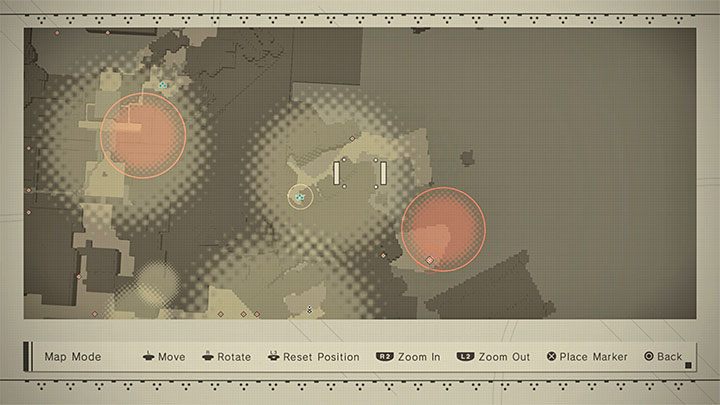 Two types of maps are available in NieR Automata:

Different icons appear on the map. These can quickly inform you about the available activity types (for example vendors and Access Points) or contain question mark - in the latter case, you must check out the location by yourself. Keep in mind that the characters can't reach every area from the start. If you can't find a path to a particular point, it may be because you need to unlock another area later into the game. 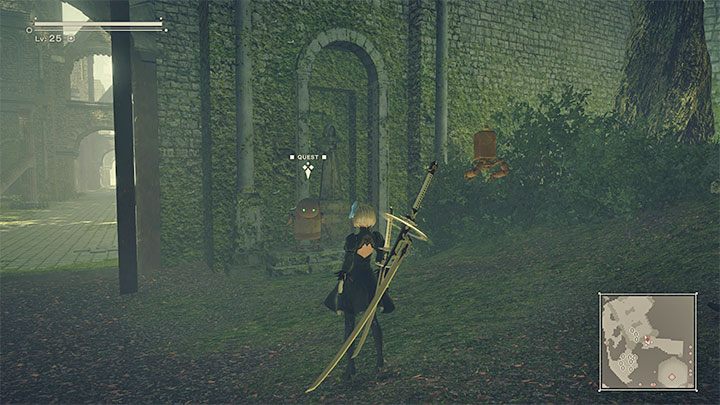 In NieR Automata, you can accept many optional quests, but in the vast majority of cases you will need to find the questgivers by yourself. They can be found in locations marked with question marks on the map, in the friendly camps you visit as well as other places. Some missions also start, for example, by receiving an e-mail at an Access Point.

Not all missions can be 100% completed right away and you shouldn't try to finish them at all costs. You may encounter the following issues:

In both cases, it is best to postpone the quest and return later once your character is stronger and after gaining access to new lands on the world map. 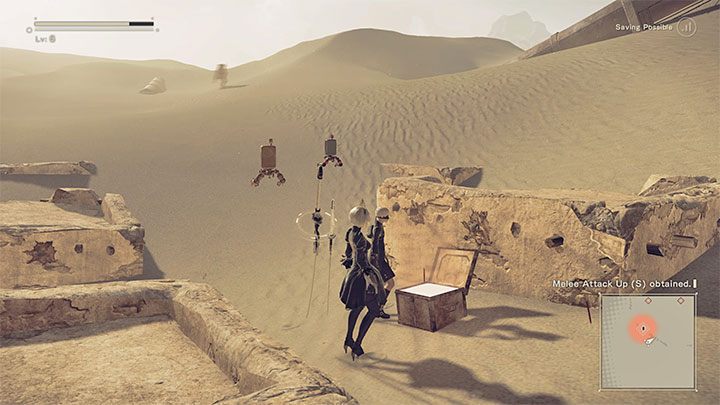 In the game, you collect a huge amount of loot and you shouldn't skip any opportunity to collect equipment. Your inventory has an item cap, specifically you can only carry 99 of each item, so you won't have to worry about that for a long time. These are the main ways to find loot:

Additionally, you can acquire new items by completing quests, examining the bodies of other players, and more. You can sell the items you don't need to vendors, but when using this option, make sure not to sell any objects that will be useful later during campaign or, for example, those that can be used in crafting (improving your equipment). 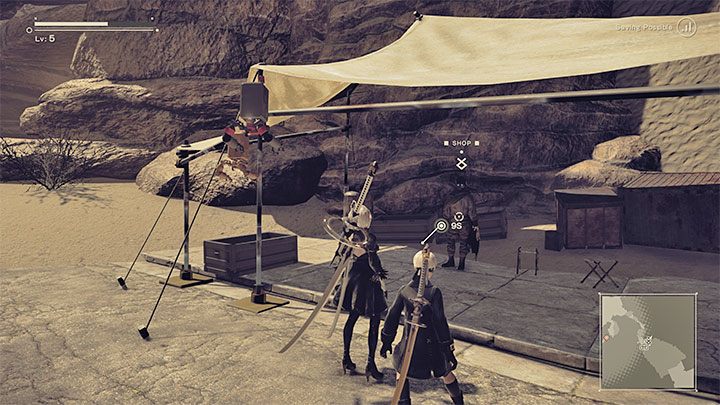 The game world is inhabited by traders and you can find vendors on a regular basis as you progress through the game. You will encounter the first traders in the Resistance Camp, which will be your unofficial base for a long time, and the game will unlock the option to trade in this location as soon as you complete some of the first quests. You can encounter more traders in other locations with friendly NPCs and in the wasteland - trader icons appear on the map, making them easy to find again.

Individual traders have their own specializations. They can, for example, specialise in selling weapons or chips, as well as offer a number of additional services, such as allowing you to upgrade your weapons or to combine your chips with each other. We recommend speaking with each trader at least once to check out what they have for sale (note - the stock of some traders may change!).

For more information about selling and buying goods and using additional services, check out the Traders page in our game guide.