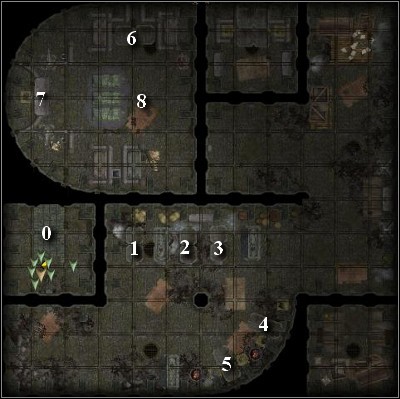 Once inside, you will be attacked by a large number of undead. Deal with them and kill the Death Knight, in the last chamber, then search the sarcophagi to find some valuable and powerful items. 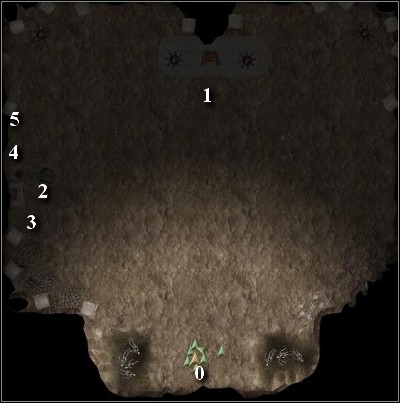 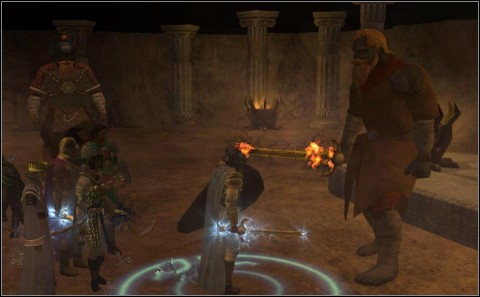 You'll encounter two characters in this cave - first of them is the Giant Priest, whom you can ask about who he is, and the second one is King Karagg. Talking to the King may lead to a fight so if you want to do anything more in this area, attack the giants. Once you deal with them search the King's body to find 9985 $ and magic Boots (Freedom of Movement; casts Stone to Flesh). Take the weapons off the racks and the nearby Recipes and leave. 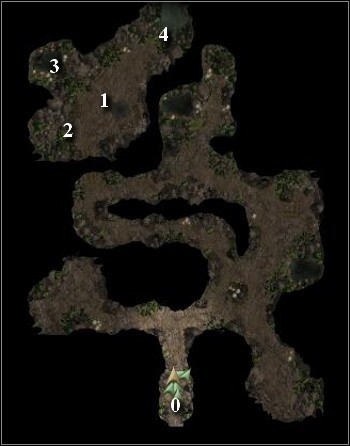 4. Hostages - Nothing you can do about them.

In this location you will have to fight some pirates. Get through the soldiers to reach their leaders. Talking to them won't change much and will result in a fight. Search the bodies to find: spear +2 (1d4 electricity damage), rapier +2, shortbow +2. Empty the chest and take the energy from the Arcane Nexus if you're doing (Neverwinter): A Knot in the Weave.

There's a body of some sacrificial ritual's victim, but there's nothing you can do about it. 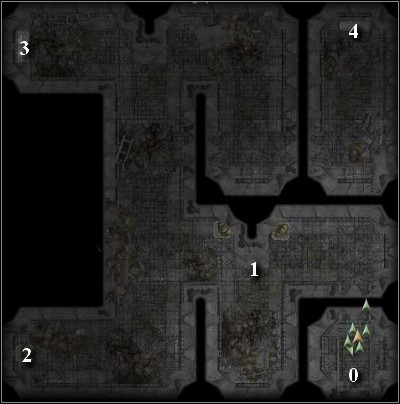 The only enemy in these ruins is a golem. Deal with it, search it's body, then collect all the valuables from the chests.

29. Priory of the Depths 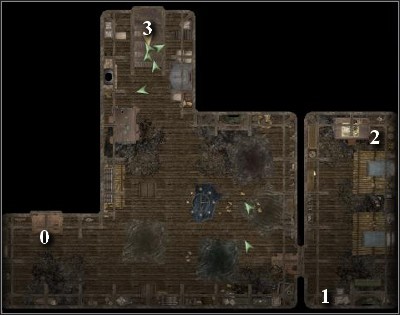 3. Door to the second floor 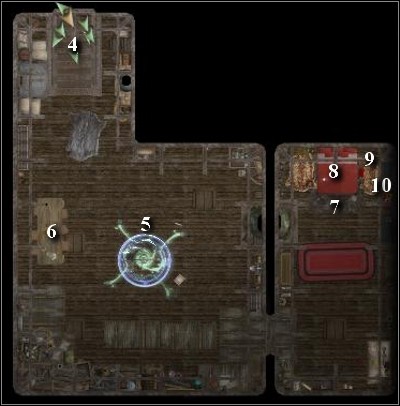 4. Door to the first floor

On the first floor you will be attacked by some pirates supported by two mages. Deal with them and enter the second room. Loot the chests and head upstairs. 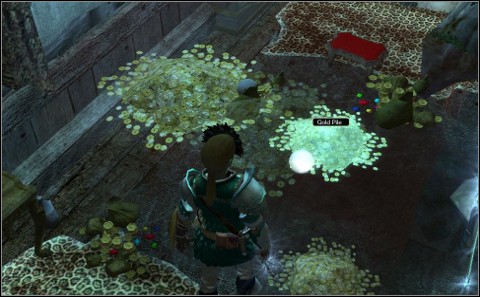 Here you will have to deal with a Pirate Captain, Luskan berserkers and two mages. Kill them and search the room. There is an Arcane Nexus in the middle of the room so be sure to collect its energy if you're doing (Neverwinter): A Knot in the Weave. Beside it there's a large amount of gold scattered on the floor collect it, then search the closet and the chests.