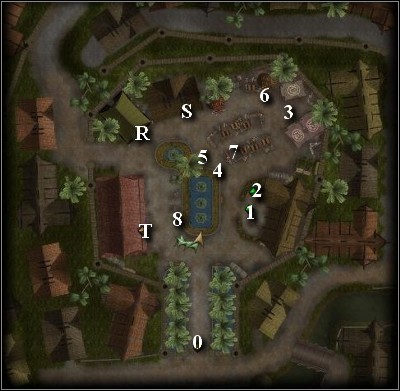 3. Umoja and his dinosaur Yushai - he may join you.

5. Kwesi - Collects monster trophies, will give you a bag for holding them.

8. Doomsayer - you can listen to his doomsday prophecies. 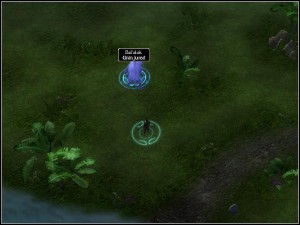 Vadin'ya will tell you about a boar - Bal'alak roaming the plains. She wants you to kill it and bring her its tusks. Go north from Samargol, to find your pray. Kill it and take the tusks to Vadin'ya. As a reward you will receive 2500 $.

From this point on you're a merchant working for Sa'Sani. Because of that there is an exchange you can do with Osi Tchaluka - 100 trade bars can turn into a ring of fire resistance. 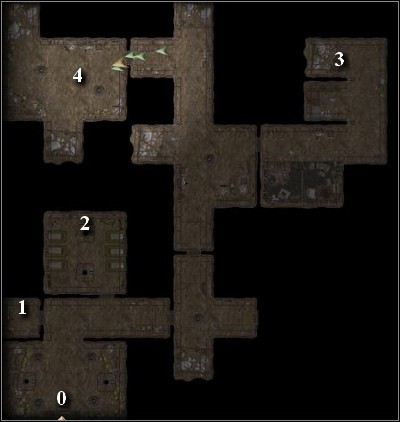 Vadin'ya wants you to equip her bodyguard with a greataxe which can be found in the mountains. Head to the Mines of Selgol. Prepare for a large number of fights, since the location is controlled by firenewts. Enter the north west room and deal with the overlord. On his body you will find the weapon you need. Return to Samargol and give it to Vadin'ya to get 3000 $. 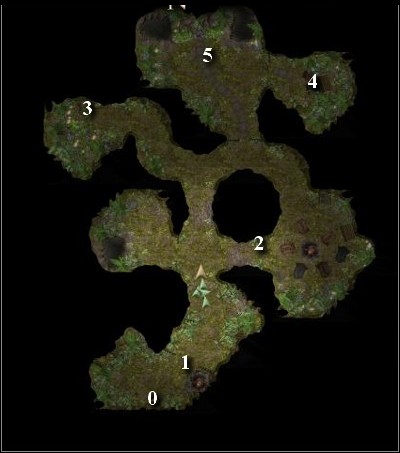 Vadin'ya wants you to obtain a jewel which is in possession of a Batiri clan and is stored in their cave. Head over to the goblin cave. By the two guards will halt you, but if you tell them that you wish to talk to their chief they will let you through. On your way there, empty the weapon racks and the chest. Talk to the chief about the jewel. He will agree to trade it if you bring goblins their relic - part of their sacred spear. You will find it in the Ruined temple, south of the tribe cave. If you don't want to resolve the matter peacefully you can kill the goblins and take the jewel from chief's body. 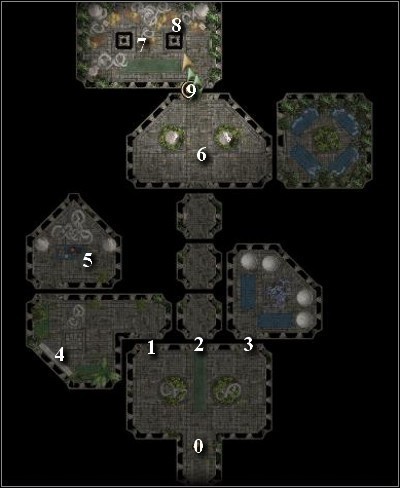 4. Bookcase - magic scrolls, fragment of the ruins (needed for Samargol: Sightseeing, which you can receive from Volo)

Once you reach the Ruined temple start by visiting the western room. Kill the Yuan-Ti and mechanic spiders, loot the bookcase and then pull the lever. Middle door in the first room will now open. Get through them and prepare for a challenging fight with the Yuan-Ti. After dealing with them loot the bodies - you'll find a scimitar +2 and ring (all saving throws +2). In order to get to the last room you need to open the door, but the DC on picking this lock is pretty high so you might want to use the best thieves tools you got on it. The room behind them is a treasury. Inside, in one of the chests you'll find not only the relic - the shattered spear, but also loads of money and some magic items. Take the spear back to the Shattered Spear Tribe. Give it to the chief, in exchange for the jewel. All you need to do now is return to Samargol and get your 5000 $. 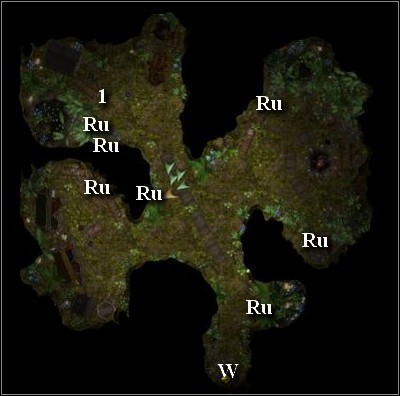 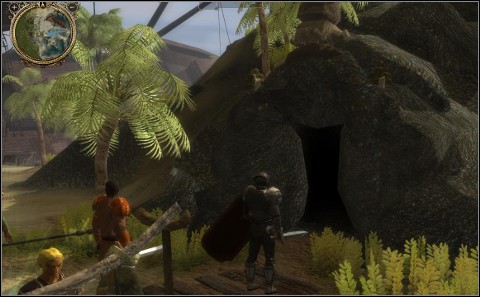 Talk to Lastri, whom you'll find in the Samargol tavern. She will ask you to find her second mate. She will give you a stone key, which opens the passage to the Batiri cave. Head over to the Shipwreck and use the key. Inside you will find the missing officer, but before you free him, you will need to deal with the goblins. Talk to the officer and convince him to return to Samargol. Thankful for the rescue he will give you a magic amulet, which provides fear immunity. Search the cave and among other things you'll find 7 ore crates. Return to the Samargol tavern and talk to Lastri. She will thank you for your help and offer to join your party.

5 places, you will receive the Tourist feat (Search +1).

Volo is astounded by the talking birds (plain ol' parrots) and wants you to get one for him. Go and talk to Vadin'ya. She will tell you, that she does have a parrot, but she is holding it for another customer. You can only get it, if you bring her another animal. There are two ways of resolving this matter - first, you may buy a snake at the Black Market from Xo'Rill (you can also kill him and just take the Snake) or find an egg west of the Lantanese Lumber Camp. Give the snake or the egg to Vadin'ya, and take the parrot. Bring it to Volo to get 3000 $.

Volo would like to see a fragment from one of the ruins situated north of Samarach. You will find what you need in the Ruined temple on a bookcase. You can get the item during (Samargol): Batiri Bargain. Your reward will be 1400 $ and a magic stone (damage reduction 1). 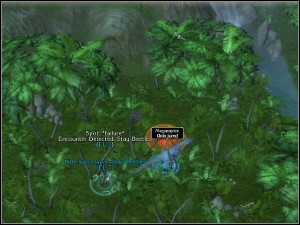 Volo has another interesting quest - he would like to taste a dinosaur steak, made from a megaraptor. Soon-to-be diner is lurking near the waterfall cave. Attack the dinosaur and return to Samarach with the steak. Volo will pay you 1500 $.