Fighting on Arena will be possible after the quest: An Unexpected Message. In Arena District you can find two new NPCs now: Benevolent Kalim - for individual competitions, and Dutiful Azram - for group fights. Every battle can be repeated. You can fight many times with the opponents that you have already killed (but the reward will be much lower). Before the fight use some protection spells. 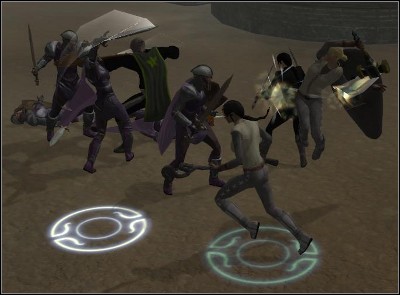 After the fight Dorn will run to Mantides. His son was killed in this battle and Dorn want to revenge his death. Mantides will fight with him and he will win. Dorn will want to die and you can advise Mantides to kill him [Mantides: influence -2], or let him live [Mantides: influence +2]. More informations about this situation you will find in description of the quest: The Fate of Mantides.

When you will take your money from Azram a poor woman will run to you. Her brother is going to fight with Menagerie. You can persuade Azram with Intimidate, Diplomacy or by giving him $ 3000 to put your team in this fight instead of slaves. If you will succeed you will have a chance to fight with Menagerie. After the fight slaver master will want to speak with you. He wants $ 5000 for his slaves. You can do it or not (the choice is yours). 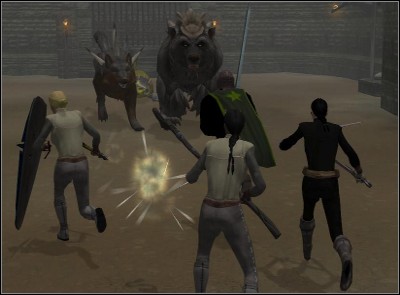 Advice: Cast some AOE spells on mages. Their death is a key to success. 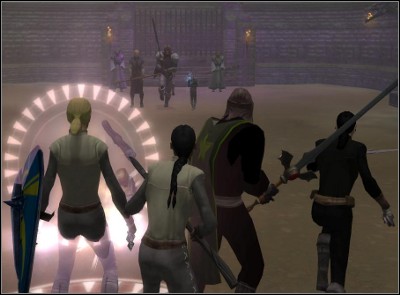 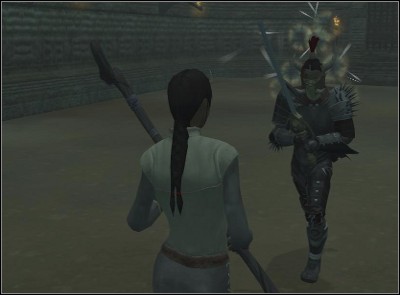